By Zhanna Shayakhmetova in People on 25 April 2016

ASTANA – The 80th anniversary of great Kazakh poet, writer and anti-nuclear activist Olzhas Suleimenov will be commemorated May 12 with an event at Lev Gumilyov Eurasian National University (ENU). The Man of the World forum is being organised by ENU’s United Nations Educational, Scientific and Cultural Organisation (UNESCO) department of ethnic and religious tolerance, with participation by the Islamic Educational, Scientific and Cultural Organisation, Azerbaijani and Georgian Embassies and National Writers’ Union. 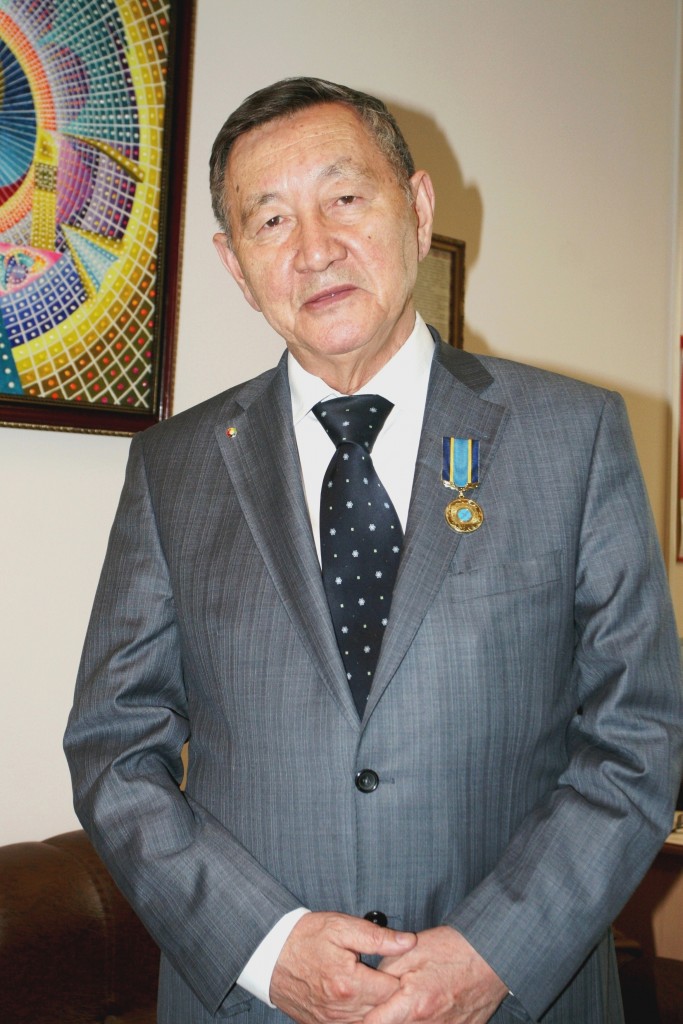 The conference is one of the major events arranged by the UNESCO department. The Astana Times had an opportunity to interview its head, Gadilbek Shalakhmetov, to learn how the department was created and the projects it promotes.

A well-known public figure and author of more than 300 scientific publications and books, Shalakhmetov started his career as a reporter. He served as a minister and the first press secretary for President Nursultan Nazarbayev, headed the Kazinform news agency and was a deputy in the Mazhilis.

“I had an idea to open the UNESCO department in 1992 when I got acquainted with Martin Hadlow, former UNESCO head of office and representative to Kazakhstan in Almaty,” he recalled. “Then we organised the opening of the first UNESCO department at the Al-Farabi Kazakh National University to involve our population, particularly students of world cultural heritage, to understand that our Kazakh culture is a part of the world’s culture. It was necessary for our culture to enter the world’s treasury and people who study it will understand how Kazakh culture is related to world culture.”

Shalakhmetov later moved to Moscow when he was invited to launch the intergovernmental Mir television channel. He lived there for 10 years.

“When I returned to Kazakhstan and became a university professor, I made every effort to launch the UNESCO department. I am very grateful to Irina Bokova, Director General of UNESCO, for the support and belief in us. Olzhas Suleimenov has served as an ambassador to UNESCO in Paris for 15 years and now he is a professor of our department,” he said.

The ENU management and UNESCO signed a memorandum Aug. 23, 2013 to open a UNESCO department at the university.

“Let me refer to Suleimenov’s thought that the department’s main task is the interaction and mutual understanding of cultures. Of course, being in the political and economic space, people must possess some inherent quality and we have identified this quality as tolerance because tolerance is understanding,” he said.

He elaborated on the department’s activities further.

“This year, we arranged an international bridge with our professor Akbota Zholdasbekova and colleagues all around the world dedicated to the discussion of the pressing issues, specifically inter-ethnic problems and the current situation in Syria. Kazakhstan is a country that is primarily engaged in the Kazakh culture and history and, at the same time, the entire multi-ethnic people of our country respect each other’s culture. In this direction we collaborate closely with the department of the Assembly of Peoples of Kazakhstan, as together we carry out similar tasks,” added Shalakhmetov.

The department is working on projects including Mangi El, the Pyramid Principle, History of Music and Ya eto ty (I am you).

“I would like to highlight the Silk Road Talk project launched by famous cultural scientist Murat Auezov. He has led this project for many years. Our centuries-old history and relations with China, Mongolia and Russia allow us to hold talks about culture and through culture we have to bolster ties. The Silk Road Talk is Auezov’s very important contribution. First of all these conversations are aimed at uniting the peoples of Central Asia, which have essentially the same culture. A course is expected to be developed based on this project, when students will learn and study all these issues,” he said. 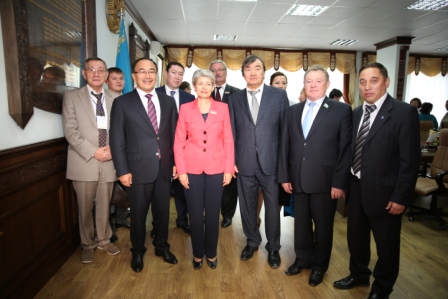 The international conference “UNESCO and the UN: 70 years of Creation,” dedicated to the 70th anniversary of the intergovernmental organisation and its specialised agency, was held at the university last year. Foreign ambassadors, members of Parliament, state and public figures, scientists and representatives of the media and student community were involved in the event.

The participants discussed new ways and means of organising the transfer of the cultural and historic experience, overall improvement and human development.

Among the reporters Shalakhmetov is called a world-class thinker, but for the students, he is a true living legend of Kazakh television who shares his valuable experience with them.

“I think all the events taking place around the world prove that it is important to understand that no matter how different cultures are, all people have common roots. Understanding would save the world. The reasons for the military situation in the world are that we pay a lot of attention to money and not to words. Nations do not see the basic things that would save the world,” he said.