By Kamila Zhumabayeva in Society on 13 April 2016

ASTANA – Data indicates Kazakhstan reported among the highest number of suicide cases in the world last year. In an interview with The Astana Times, psychiatrist Yekaterina Mironova, the only suicide doctor in the country, shared suicide statistics, causes and prevention measures. 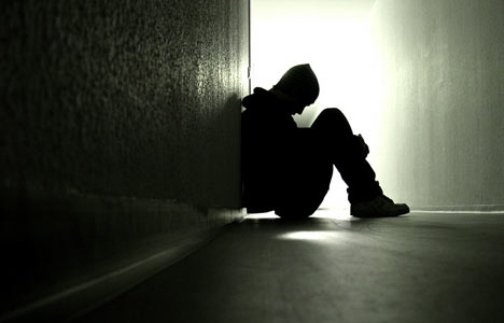 “Our country is developing and it is natural that people go through a certain psychological crisis and of course this is sad and upsetting both for a specialist and a person,” she said.

Among the general population, the prevalence index of suicidal thinking is 9.2 percent and suicide plans, 3.1 percent.

Daily suicide-related calls represent 10-15 percent of all who contact a helpline. About six-seven persons per day visit adult emergency psychological care rooms. As the psychiatrist noted, the patients include those who either had the intention or already attempted some type of suicidal action, only to discover it did not solve their problems.

Capital residents make 30-35 suicide attempts per month. Demonstrative blackmailing, manipulative behaviour and psychoactive substance effects are present when they attempt to kill themselves, according to Mironova.

“There are people who use suicidal behaviour to manipulate. They do not have a goal to actually kill themselves, but to change the circumstances they are in by influencing people important to them,” she said.

As the doctor explained, suicide can also have biological causes (the presence of some mental disorder) and socio-psychological factors, to which personal human characteristics and psychologically-traumatic situations (possibly thousands of them) apply and can be ‘a starting mechanism.’

Unemployed residents or people with low social status, alcohol abusers, young people who are facing various crisis situations, interpersonal problems, problems within a family, undesired pregnancy, obligation syndrome, social inequality and loneliness are those within the city who are most exposed to suicide risk, said Mironova

“It is due to the beginning of personality forming accompanied by hormonal changes. Impulsiveness is usually expressed more in adolescents than in adults; basically, therefore, those are not thought out [and have] ‘short circuit’ types of reactions,” she added.

The country has the second highest mortality rate among youth aged 15-24 throughout the Commonwealth of Independent States (CIS) countries and Central and Eastern Europe.

“Adolescence itself is a crisis age – changes in hormonal levels and heightened impulsiveness in behaviour which an adult perceives as a small insignificant thing that can be lived through,” noted Mironova. “Teenagers don’t have semitones, meaning they see things either in black or white. That is why everything perceived amidst the body’s hormonal changes are rather different in adults.”

The age is considered critical, however, because it is the first adaptation period for young people, who have never before faced difficulty or expansion of psychological boundaries.

“In one book it was written that all teenagers are a little insane, which is in fact true,” said Mironova.

Suicides in Kazakhstan happen mostly due to family and interpersonal problems, she added.

“If everything is well inside a family, a teenager is provided with psychological help and moral, physical and material support. However, when parents impose their model of ‘successful behaviour’ on children, then order has to be restored within the family,” said the psychiatrist.

Unhappy love, disagreements with parents and fear of the future are among the main causes of child suicide in the world. Some agree the psychological pressure on children as they prepare for Unified National Testing (UNT) and its results are the cause of a number of suicide cases in the country in late spring and early summer.

“As a psychologist, I declare that arranging a search for cheat sheets is an expression of high levels of mistrust and humiliation. Children are being forced to undress, take off their outer clothing and shoes. However, no one has the right to touch children except family. The tension associated with UNT contributes to suicidal feelings among youth…” said Kazakh Institute of Equal Rights and Possibilities President Margarita Uskembayeva, according to Kapital.kz.

The emergency psychological care room for children and teenagers on average receives 5-10 visitors per day.

“Some of them are referred there for emotional disorders after the test, which is held in educational institutions, as a psycho-preventive measure and a risk group is referred to adolescent psychologists for consult,” said Mironova.

Constantly talking or thinking about death, deep sadness, loss of interest, trouble sleeping and eating that gets worse, having a “death wish,” taking risks that could lead to death such as driving fast or running red lights, losing interest in things a person used to care about and talking about being hopeless, helpless or worthless are warning signs that a person may be thinking about or planning to commit suicide, according to WebMD.

Other signs may include putting affairs in order, saying “it would be better if I wasn’t here” or “I want out,” a sudden and unexpected switch from being very sad to being very calm or appearing to be happy and visiting or calling people to say goodbye, reported the website.

Those who remain live with psychological trauma until the end of their lives; as a defensive reaction, suicide acts are criticised or often hidden.

“Depression is a person’s trouble, not a fault,” she said.

Implementing suicide prevention programmes, reviewing facts and myths concerning the topic, proper and correct media coverage and creating online communities and support groups could combat any existing social judgement, ignorance and lack of awareness of the problem in Kazakh society, according to an expert.

“People in Kazakhstan are delicate, sincere and are always ready to provide help and support to those who are suffering the thoughts or went through an attempt to kill themselves. However, many people become afraid because death scares, which is normal and means that the mind is healthy,” added Mironova.

The topic of death often even frightens specialists who provide psychological aid, which is why it is important to fight a suicidal intent by reporting it.

“This in fact is cry for help, a call to pay attention that someone feels bad, tried all methods and could not cope with a situation,” she said.

Often talking openly with individuals can reduce their psychological and emotional tension, removing it from their worries.

“Because they look at everything in a negative way, it’s important to show there are other exits from such a crisis situation and educate a person,” noted Mironova.

The doctor stressed the importance of remembering that any crisis situation is temporary and can be handled with professional help.

“Even if you are feeling bad and there is no one around who could help or support you, there are recourse organisations which you can refer to. For example a helpline is available round-the-clock, free and anonymously.

“Suicide can be prevented and this alone inspires hope. However, it is unfortunately impossible to prevent all cases. Suicide is a profoundly-intimate, individual act, but also a statistically-stable phenomenon typical of society in general,” she said.