By Aiman Turebekova in International on 28 April 2016 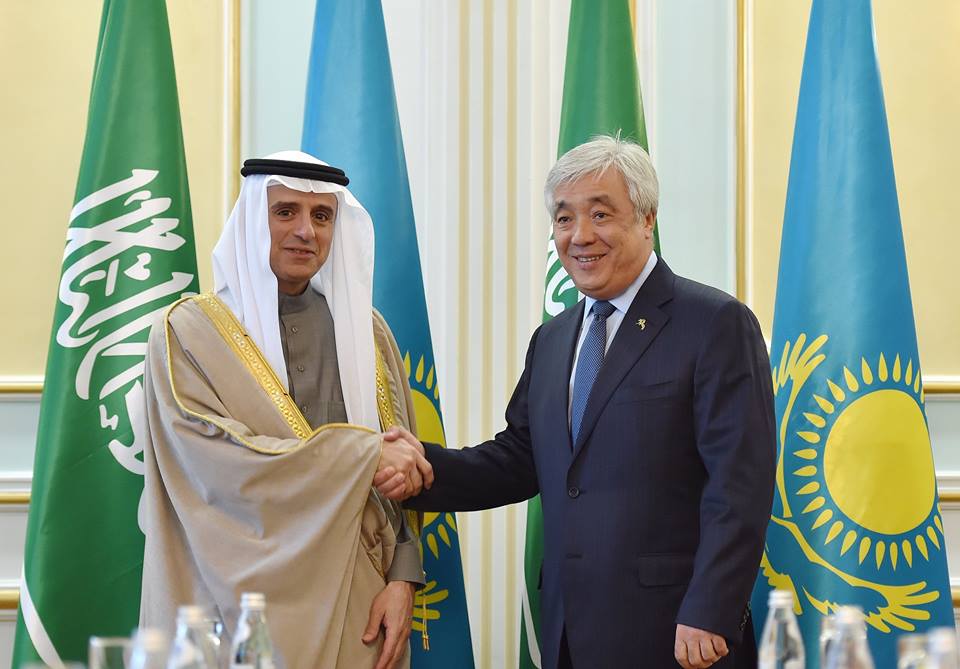 At the meeting with the President, the sides discussed bilateral relations, including within the economic, trade, financial, investment, petrochemical, cultural and humanitarian spheres, reported the President’s press office.

Adel al-Jubeir said he would like to strengthen bilateral relations and noted Kazakhstan’s role in developing the Islamic world.

In the first part of the day, following the talks, the foreign ministers signed a memorandum of understanding on political consultations between their ministries.

“Saudi Arabia is a leader of the Muslim world and a major player in the Middle East. Therefore, the position of Saudi Arabia and its policies play a crucial role in solving crises in the region. Kazakhstan and Saudi Arabia have agreed to cooperate closely in addressing these crises. We have various platforms on which we agreed to cooperate,” shared Idrissov during a press briefing at the ministry. 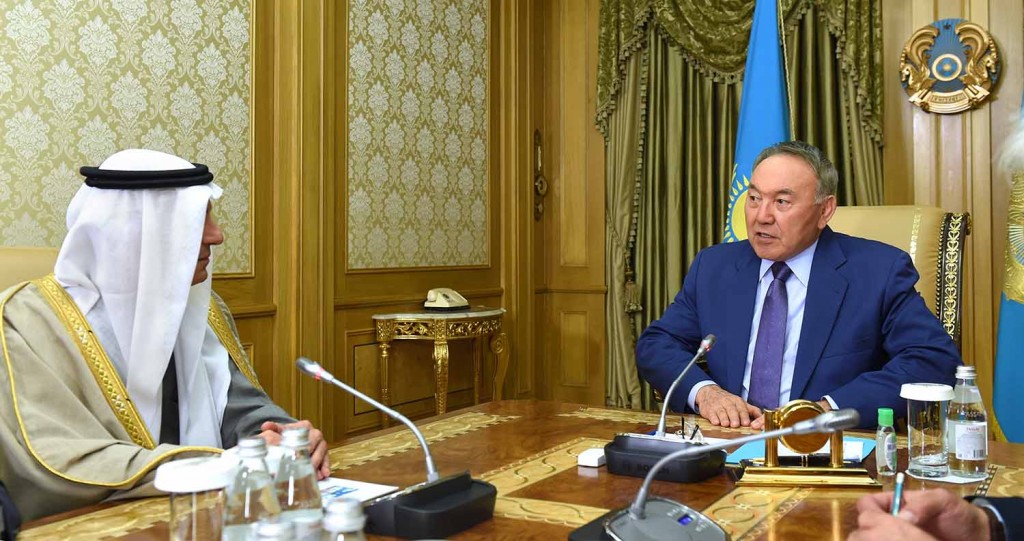 “Our countries are ready to deepen political dialogue at all levels,” Idrissov added. The Kazakh minister informed that President Nazarbayev will visit Saudi Arabia in the fall.

The Kazakh minister shared that the countries have a great potential for economic cooperation as well as agriculture, petrochemical, nuclear industry, defence and technical cooperation. “There is broad room for joint investment projects,” maintained Idrissov.

Adel al-Jubeir reminded that Saudi Arabia and Kazakhstan share a common 1,200-year history of the Islamic civilisation with common spiritual values. “Kazakhstan is like a reservoir of our heritage in this part of the world. I would also like to express a great respect to your present. Diplomatic solutions of any conflicts and efforts to provide stability and prosperity within the region outline our vision of the world and share the same legacy,” the Saudi foreign minister said.

He also added that Saudi Arabia intends to strengthen cooperation with Kazakhstan not only in economy, but also in culture. “We intend to work hard to have more mutual visits and contacts,” shared the guest.

He pointed out that Saudi Arabia is aware of all progressive initiatives of Astana, one of which is the renunciation of nuclear weapons.

“We also have a number of initiatives on the peaceful resolution of some conflicts in the region. We support the idea of expanding cooperation with Kazakhstan at the platform of the Organisation of Islamic Cooperation. We can cooperate in many areas. For example, the Islamic world is to promote the latest technology in the world in order to improve the lives of our young generation,” Adel al-Jubeir concluded. 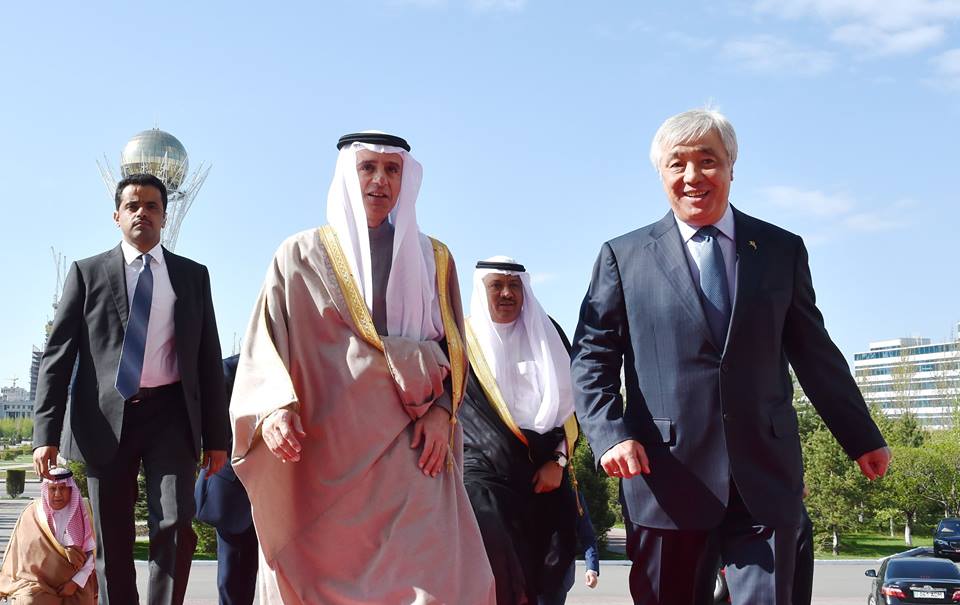 The Saudi foreign minister will also take part in the first General Assembly of the new Islamic Organisation for Food Security (IOFS) that takes place on April 28 in Astana.

Launching the initiative during Kazakhstan’s OIC chairmanship, President Nazarbayev urged the creation of a new body which could couple the sharing of knowledge on improving agricultural productivity with the mandate and resources to respond to food crises within member countries. Twenty-four member countries of the OIC have already taken all the steps needed to be part of the IOFS.