ASTANA – Kazakh President Nursultan Nazarbayev was briefed on the work and products of a new factory of Сhimpharm and textile company during a recent working visit to South Kazakhstan. 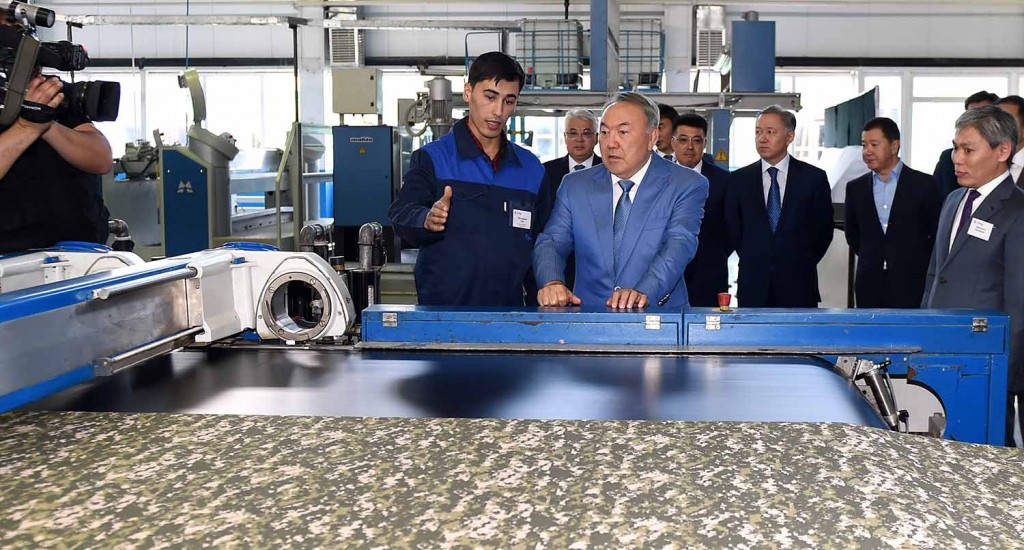 During his visit to Azala textile, the head of state was informed about implementation of industrial development programmes in the region, such as the investment programme “South” (free economic zone) and the key indicators of the functioning of light industry. Nazarbayev noted that the development of the country’s production and substitution of imported goods are among the most important tasks of Kazakhstan’s economic policy.

Azala textilebegan in 2012-2014 under the State Programme of Industrial and Innovative Development.  The factory implements a closed cycle of production from growing cotton to the finished product, fabric, providing about 600 jobs.

At the factory of Chimpharm, President Nazarbayev spoke with employees and congratulated them on the opening of the plant, wishing successful development and high competitiveness. He stressed that the market for drugs is promising and creates great opportunities for the company as the flagship of the domestic pharmaceutical industry and the whole city.

In turn, the workers thanked Nazarbayev for the attention paid to development of this sphere.

The project of Chimpharm consists of four stages with a total value of 14 billion tenge ($41.7 million), the first of which, worth 5.8 billion tenge ($17.2 million), has already been implemented. The project as a whole will produce 350 million vials of injectable solutions, four million packages of infusion solutions, 40 million bottles of antibiotics and one billion tablets.

The enterprise covers more than 5 percent of the total pharmaceutical market of the country and provides more than 50 percent of the domestic production of medicines. Chimpharm produces over a third of the drugs used in the framework of guaranteed drug support of the population. The plant produces more than two hundred kinds of medicines with a total cost of production exceeding 16.5 billion tenge ($49.2 million) per year. The company’s products are exported to Russia, Mongolia, Kyrgyzstan, Tajikistan and Turkmenistan. It is planned to increase the volume of public procurement. 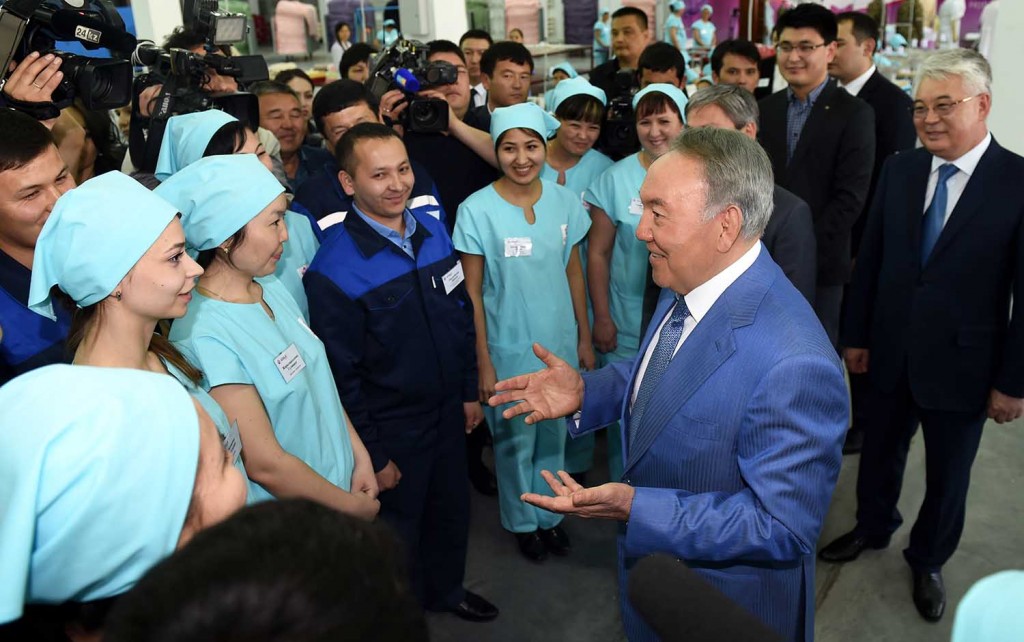 Using high-tech equipment and a strict monitoring system at all stages of production in accordance with international standards helps produce high-quality products. Moreover, implementation of this investment project has created 500 jobs.

Chimpharm with 125 years of its history has recently been operating in the market under the Santo brand name following the arrival at the plant of Polpharma from Poland as an investor. Moreover, Kazakhstan has become a centre of management in the region of Central Asia of the largest Polish manufacturer of pharmaceuticals, Polpharma  Group, due to integration of Himpharma and Polpharma in 2011.

Polpharma Group is among the top 20 generic drug manufacturers in the world with annual sales of approximately $1 billion. Polpharma Group’s portfolio includes about 600 products with another 200 in the pipeline.