Kazakhstan and Indonesia. What can be the common ground between these countries? Island and equatorial Indonesia, with a population more than 14 times greater than that of continental Kazakhstan, would seem to have nothing in common with its Central Asian counterpart. For the last 23 years, however, these two states have found points of contact to develop a fruitful bilateral relationship.

To learn more about these points of contact, The Astana Times recently interviewed Foster Gultom, a career diplomat who was appointed by the Indonesian President as the nation’s Ambassador to Kazakhstan. 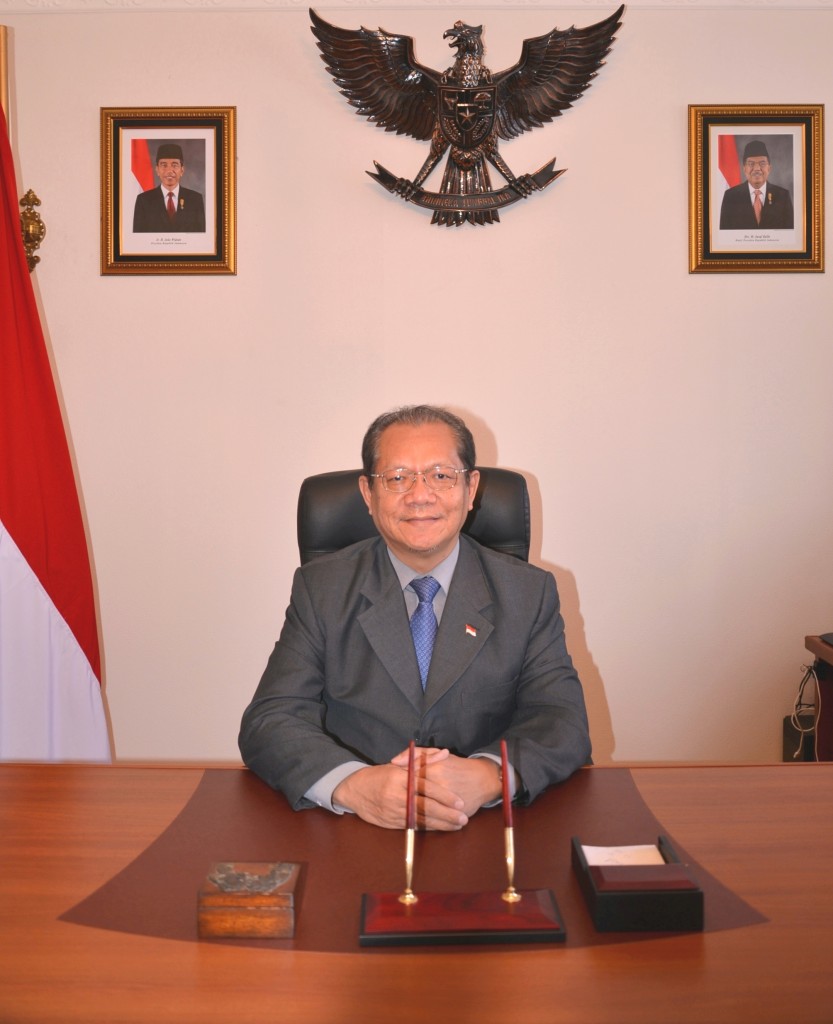 Mr. Ambassador, how long have you been working in Kazakhstan and have you previously been to Astana?

I have now lived in Kazakhstan for more than three and a half years. I hadn’t visited Kazakhstan before; only occasionally I read and heard about Kazakhstan before gaining independence in 1991, witnessing the progress of the newly-established state since 1991 until nowadays. I am very happy that I was appointed as the Ambassador Extraordinary and Plenipotentiary of the Republic of Indonesia to Kazakhstan, and it’s a great honour for me to represent the Republic of Indonesia as the first-ever residence ambassador here.

What is your perception of Kazakhstan, its capital and people now?

Prior to my arrival in October 2012 I learned about Kazakhstan a little bit more intensively in order to familiarise myself with a new policy of the established state and was deeply impressed by the fast pace of its development. The country is growing so fast in terms of GDP, foreign trade and global competitiveness. Kazakhstan has made a significant leap forward in terms of its global competitiveness rating, having reached the top 50 economies and now striving to enter the club of the 30 most developed countries in the world. I also learned that one of the significant dates in the country’s history was the capital’s move from Almaty to Astana in 1997-1998 and its further becoming the fastest growing modern metropolitan city in the Central Asian region, being a hub in its essence and connecting all regions of the republic. Due to its favourable geographic location, Kazakhstan serves as a bridge, connecting Asian and European parts of the world and for this reason it’s called a Eurasian state that has an important role to play in the international arena.  Today Kazakhstan is in transition mode, moving from an energy-driven economy to an innovation-driven one and I noticed a great untapped potential for bilateral cooperation and a lot of opportunities to complement each other in various sectors of the economy, such as the non-oil and gas commodities sectors like grain, meat, cotton and some other agricultural products. Meanwhile, there are a lot of similarities between Kazakhstan and Indonesia. The two countries have much in common in terms of abundance of natural resources such as mining, oil and gas and agricultural products. The majority of both countries’ population is Muslim. The countries are both multicultural in terms of diversity of ethnic groups, being united by the proximity of the spirit, combination of interests and diversity of the nature.

How well is Kazakhstan known in Indonesia?

Kazakhstan is widely known for its achievements in sports. Indeed, Kazakh athletes showed very good results in the Olympic Games and tournaments in boxing, weightlifting and Greco-Roman and freestyle wrestling, winning gold and silver medals, and every now and then we hear the anthem of the Republic of Kazakhstan and see your flag rising on the world sports pedestals, again signaling the victory of Kazakhstan.

Secondly, Kazakhstan is also known for its global initiatives, among them G-Global, The ATOM Project and being the organiser of the multilateral forums, such as the Congress of Leaders of World and Traditional Religions, the Astana Economic Forum, Conference on Interaction and Confidence-Building Measures in Asia and many others, as a platform for discussion of the most relevant issues on the international agenda. In the international arena Kazakhstan has gained a reputation as a leader in the global nuclear non-proliferation process, exerting every effort towards a nuclear weapons-free world, promoting UN efforts in the fight against terrorism, illicit drug trafficking, contributing to mitigating global threats and promoting sustainable development, thus implementing efforts which have been put forward in the UN Millennium Development Goals.  Indonesia has a no less important role to play in the South East Asia region in terms of advancing the democratisation process and promoting human rights protection.

In what kind of businesses are Indonesians mainly involved?

Regarding trade and economic cooperation, up to now we still witness a very low bilateral trade turnover. This issue has regularly been touched on by the two countries’ leaders and governments. Today import commodities from Kazakhstan to Indonesia mainly include salt, cement and articles of iron and steel, technical and medical equipment, as well as electrical and electronic equipment. Indonesian export commodities to Kazakhstan include household appliances, apparel, musical instruments, rubber, wood, furniture, perfumes, soap, etc. Apart from increasing cooperation between the two business circles, regular exchange of visits and a solid legal framework, now our target is to unify our efforts to raise bilateral trade and economic relations to a new level of strategic partnership and increase the level of trade turnover through intensifying cooperation between our business communities and establishing new joint ventures in the energy sector and agriculture, manufacturing, medicine, food and tourism industries.

What are the main priorities of the Indonesian Embassy in Kazakhstan?

Since my appointment my mission is to raise bilateral relations to a new level, since we will celebrate the 23rd anniversary of the establishment of diplomatic relations this year. An important milestone in bilateral relations was the successful exchange of visits by the two countries’ heads of state, during which the two leaders underlined the readiness to develop the existing potential, and there are a lot of things that we can do in achieving this objective.

In the economic area, the interaction between the business circles is strengthening. The joint commission on economic cooperation is functioning. Bilateral consultations between the two countries’ foreign ministries are held regularly. We can also witness mutual support within the frames of international forums, supporting our countries’ candidacies in the international organisations.

In terms of social-cultural cooperation, universities of Indonesia and Kazakhstan have already established fruitful cooperation. We have six MoUs (memorandums of understanding) signed between our universities in regions of Indonesia and Kazakhstan, stipulating exchange of students and sharing best practices with due regard to the scientific and technological aspect in education from the Indonesian educational sector. There have been students and academics from Kazakhstan who participated in several Indonesian scholarship programmes. Last year, we received in Astana a number of students from the Jakarta-based international school; in turn, the students from the international school in Astana could also visit the sister school in Jakarta.

The Embassy has a programme to organise Indonesian cultural events and performances in Kazakhstan through organising and participating in both countries’ exhibitions and tourism fairs like the Kazakhstan International Tourism Fair (KITF) and expose Indonesian potential to the public. We organise familiarisation trips’ programmes annually, which bring together journalists and tour operators of Kazakhstan to explore points of interest in some regions in Indonesia. We have also set up the Indonesian Cultural Centre in Astana. But now we are expecting both countries’ business communities to enhance cooperation in various sectors of the economy, and raise the bilateral relation to a new level of strategic partnership. This is a commitment of the Indonesian Embassy in Astana, sharing best experience in industrial development, R&D, science and technology, agriculture, investment, education, health, culture, tourism, sports and other fields for the mutual benefit of the two nations.

What would be your message to the Kazakh people and business community?

In the current situation of economic challenges, I think it’s time for us to take this moment in order to enhance our bilateral cooperation. Our nations are newly acquainted, being considered and classified as non-traditional markets. Central Asia is a potential new market. We have established the ASEAN (Association of Southeast Asian Nations) community, a very big market with a 600 million population and GDP among the 20 biggest countries.

I really appreciate the efforts pursued by the government of Kazakhstan, programmes to face these challenges, among them Nurly Zhol (Path to the Future), 100 Concrete Steps and elaborating and implementing the vision of the Kazakhstan 2050 Strategy, as well as the country’s efforts on the establishment of a favourable business climate for investors. In these terms, first of all, we need to realise all the previously achieved agreements, paying due regard to the infrastructure, transportation and logistics matters, and simplifying the procedures for cooperation between our two business communities.