By Kamila Zhumabayeva in Nation on 25 April 2016

ASTANA – Opened only five months ago, there is not yet a lot on the web about Kazakhstan’s only historic military museum. As it establishes ties and exchanges information with museums abroad and conducts its own research, its more than 7,000 unique exhibits combined with a display from the Swedish Army Museum are awaiting their viewers. 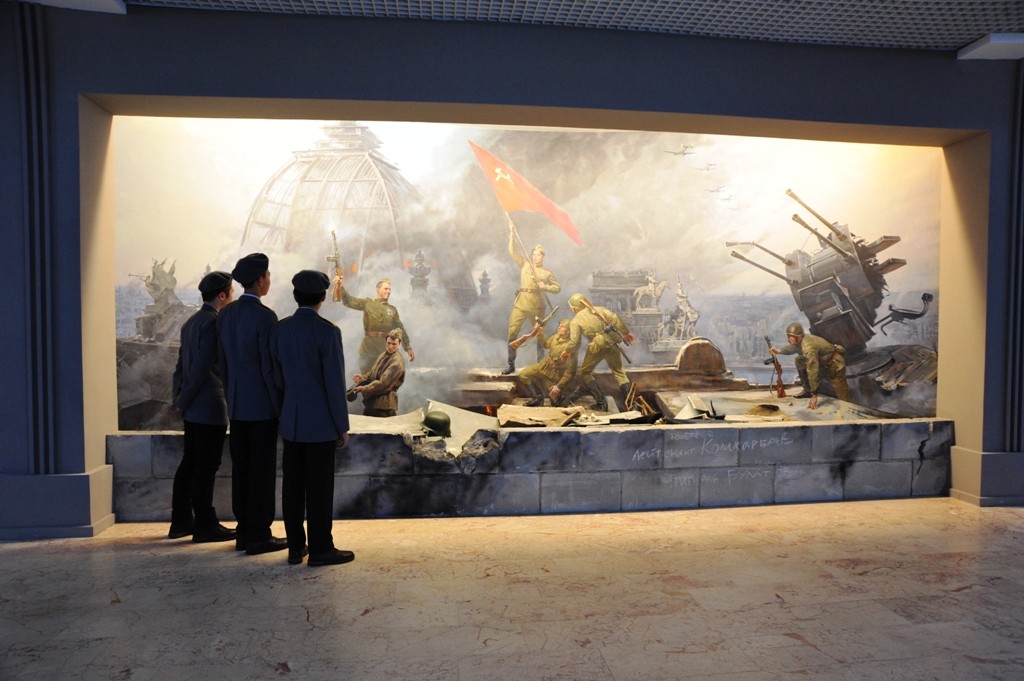 “We are very glad and it is a big responsibility for us. There are many similar military, historical museums in the Commonwealth of Independent States, but in Kazakhstan our museum is the first and only,” said deputy director Askar Kasymov in a recent interview for this story.

Kazakhstan’s Armed Forces national historic military museum is the first of its kind operating under the country’s Ministry of Defence. An initiative of the minister, it was opened Dec. 1 by President Nursultan Nazarbayev, he added.

The display is located on Respublika Avenue, in the building with the blue dome-shaped top which was built in 2000 and which was previously occupied by the Presidential Centre of Culture and the Nazarbayev Centre.

As one of its basic tasks, the museum works continuously to obtain and assemble displays. The exhibits are being refilled with numerous private collection showpieces. 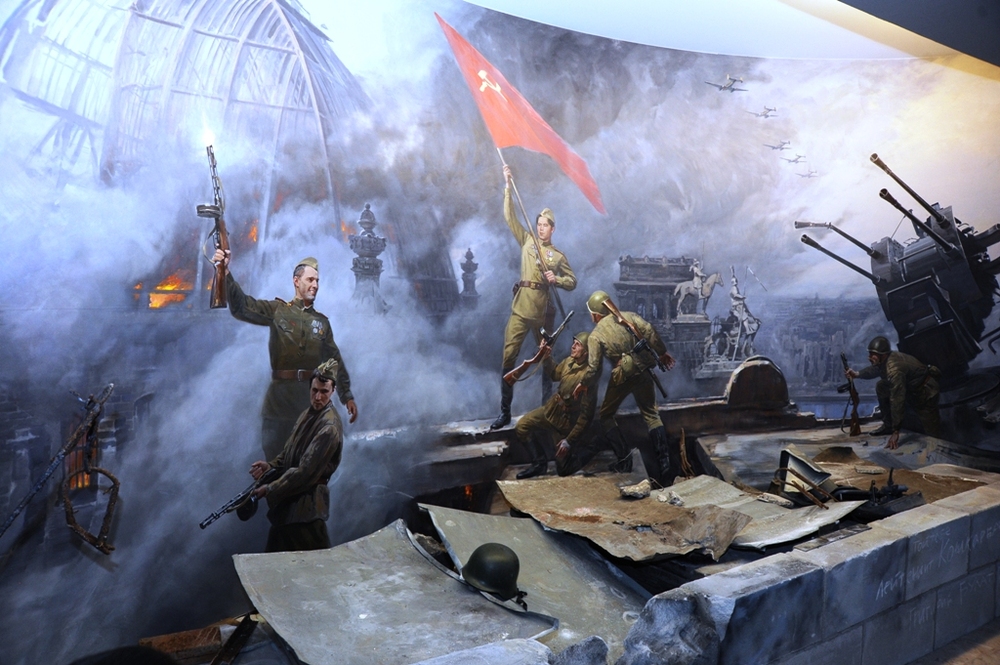 Kasymov noted the museum shows Kazakhstan’s history from the Stone Age to the present day and has unique examples from each period, some of which are the only one or two samples in the world. They include the first stirrups (stapes), exhibits from the Bronze and Stone Age, a smoothbore gun (a gun with an unrifled barrel), bladed weapon and rare armours.

“Each exhibit in our museum is unique. For example, the Shakshi medieval type of weapon is a stone with the look of a Sarmatian army’s soldier. There are only three such types of Shakshi in the world and two of them are in our museum,” he said.

Exposition halls including the Kazakhstan Armed Forces, periodic exhibitions, 19th century antiquity, 20th century military history, 20th and 21st century weapons, fine arts and history of Kazakh warfare are unique in themselves and have become an extra feature of the building’s structural and architectural appearance. 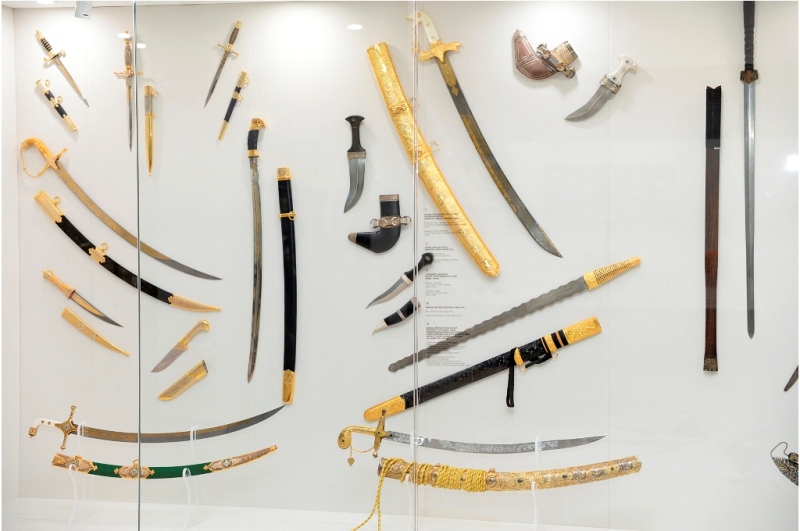 “Our museum is equipped with modern interactive facilities such as mappings and touchscreens with a database on deceased and missing military men called upon from Kazakhstan’s territory during the years of the Great Patriotic War,” said Kasymov.

The national museum collaborates with museums in other countries through cooperation memorandums and electronic exhibits.

“We started to establish ties before opening, primarily with Russia. We want to visit China, Mongolia and other nearby countries where the history of military work and our history in general are intertwined,” he added.

The museum also wishes to form partnerships and share scientific information with a wider geographic range of similar museums. “Things between Life and Death,” a portable exhibition from the Swedish Army Museum in Stockholm, will open April 28.

“Our experts are going to visit the UK and Sweden for an exchange of experiences,” said Kasymov. “We also work with archives and renovators in order for our renovators to level up and see new trends in renovating, popularising and conserving showpieces for future generations.”

In addition to exhibitions, the museum completes research activity by constantly conducting conferences, discussions and events on military topics. 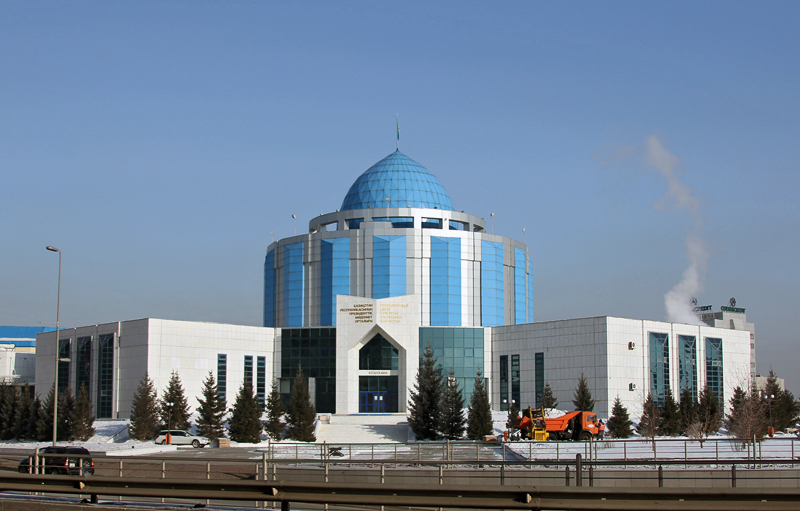 “We have already held three roundtable sessions dedicated to the Alash Orda activities. We are doing research on the Golden Horde and archives in Russia. As of today, we signed cooperation memorandums with almost all archives and plan to hold more extensive international level seminars,” he added.

All guides at the museum are presented in Kazakh, Russian and English, with one given in Chinese. Entrance is free of charge.

“In the future, we want to have more language choices such as German, French and Turkish. We understand that our capital city expects a lot of foreigners to arrive in anticipation of the expo exhibition and that is why we always work on this matter,” said Kasymov.

The museum plans to release a showpiece catalogue and a website is currently under development.