By Kamila Zhumabayeva in People on 18 April 2016

ASTANA – At 26, Kazakh-born, New York-based Alyona Subbotina is probably one of the hardest working, multifaceted and accomplished yet down-to-earth models and entrepreneurs the country has ever had. She is busy helping native models build their careers abroad, while developing her own and enjoying art projects as a hobby. 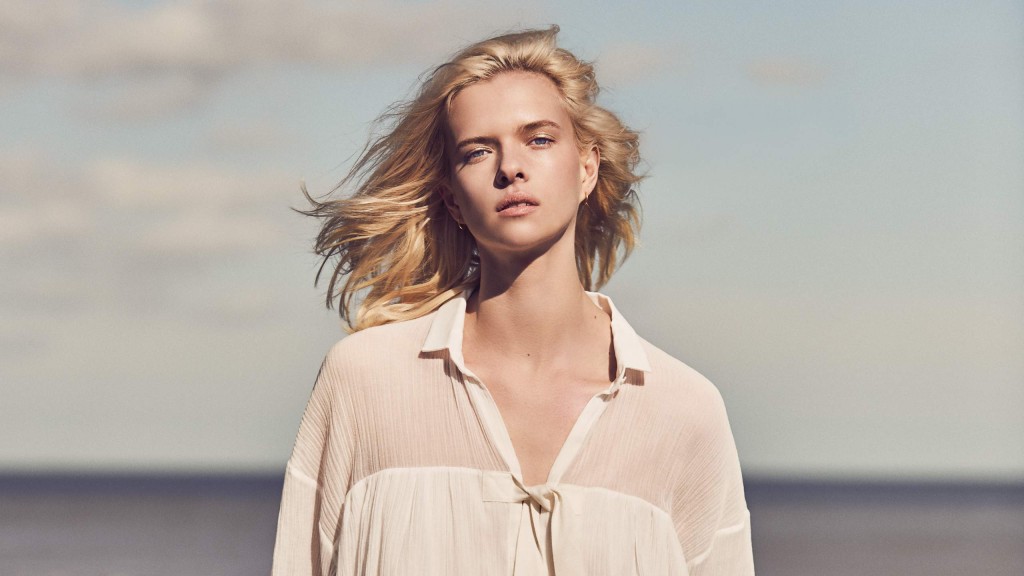 “I treat my work with high professionalism because it is primarily a big responsibility. All agents and clients who hire you for such important jobs always expect a big output first of all,” she said in a recent interview with The Astana Times.

Born in Almaty in 1990, Subbotina was a member of the Kazakh Olympic volleyball team. Her modelling career began in Singapore when she was 16 and completing her degree in hotel management at the East Asia Institute of Management.

“When you come as a beginner, a new face, people see you are not very professional. You hesitate and don’t know how to pose. You need to come well dressed, confident in yourself and knowing what you do at work and that is what many clients pick models for,” she said.

She opened Givenchy Paris Fashion Week in 2011, where she was nicknamed “Kazakh Girl,” and earned international recognition. She subsequently moved to New York City.

“This started in 2011. Even though I don’t look like a typical Kazakh, when people knew I was from Kazakhstan I was given this nickname up until today. This actually helps my career a lot, because it impresses people that I’m from this country but look different,” said Subbotina.

She was the face of Mac Cosmetics and Brunello Cucinelli in 2012, Thomas Wylde in 2013 and part of the Armani advertising campaign.

The model has worked with the world’s top fashion houses such as Acne Studios, Giorgio Armani, Givenchy and Helmut Lang and was featured in fashion shows for Jean Paul Gaultier, Mara Hoffman, Thierry Mugler, Rick Owens, Vivienne Westwood and other designers. 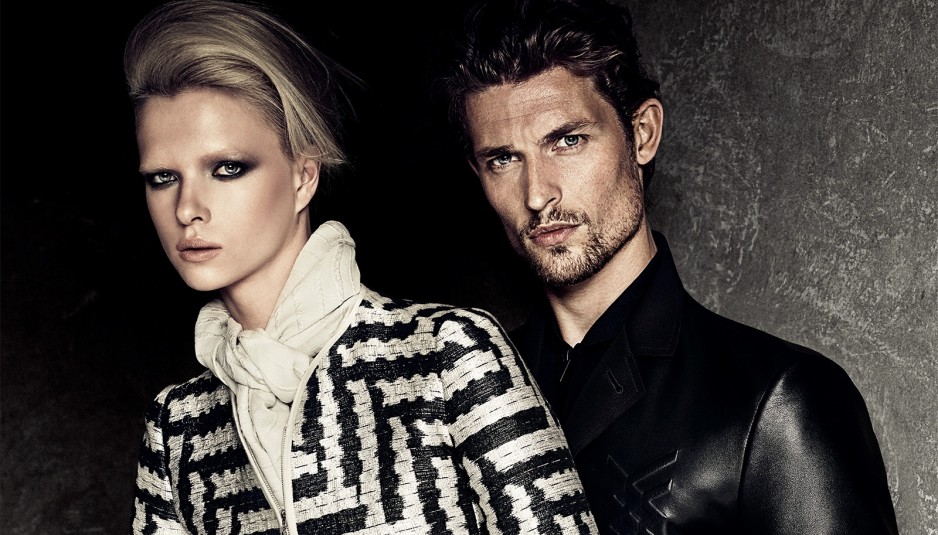 Subbotina has also been on the cover of Elle Mexico, Harper’s Bazaar Kazakhstan and Marie Claire Malaysia and the pages of Dazed & Confused, Marie Claire UK, V Magazine and Vogue Italia.

She always tries to work extremely hard so clients will pick her for the next job.

“This world is so small, actually, that everybody knows each other. You are selected based on the end result. I’m never lazy. Regardless of a client being a ‘cool’ one or not, I work equally, try to never let them down and not be late for work,” said Subbotina.

She is currently signed with New York-based Trump Model Management, founded and owned by billionaire Donald Trump, and was recently shot for a Sephora ad. The French chain of cosmetics stores features beauty products such as makeup, skincare, body, fragrance, nail colour and haircare.

With nearly ten years of modelling experience, an accomplished past and future-minded thinking, Subbotina is launching SubManagement, a platform that explores, discovers and develops future top talent throughout Kazakhstan. The company will serve as a scouting agency.

“I find it very strange that a big country like Kazakhstan doesn’t have good agents for sending models abroad. I faced this problem myself before; finding such an agent in the country is indeed unrealistic,” she said. “All modelling agencies there are unable to do this; they only work locally. They can surely be professionals in their business in Kazakhstan, but there are no solutions for working overseas.”

With her vast experience abroad, Subbotina was constantly asked for help, advice or contacts from many Kazakh models who wanted to go abroad. 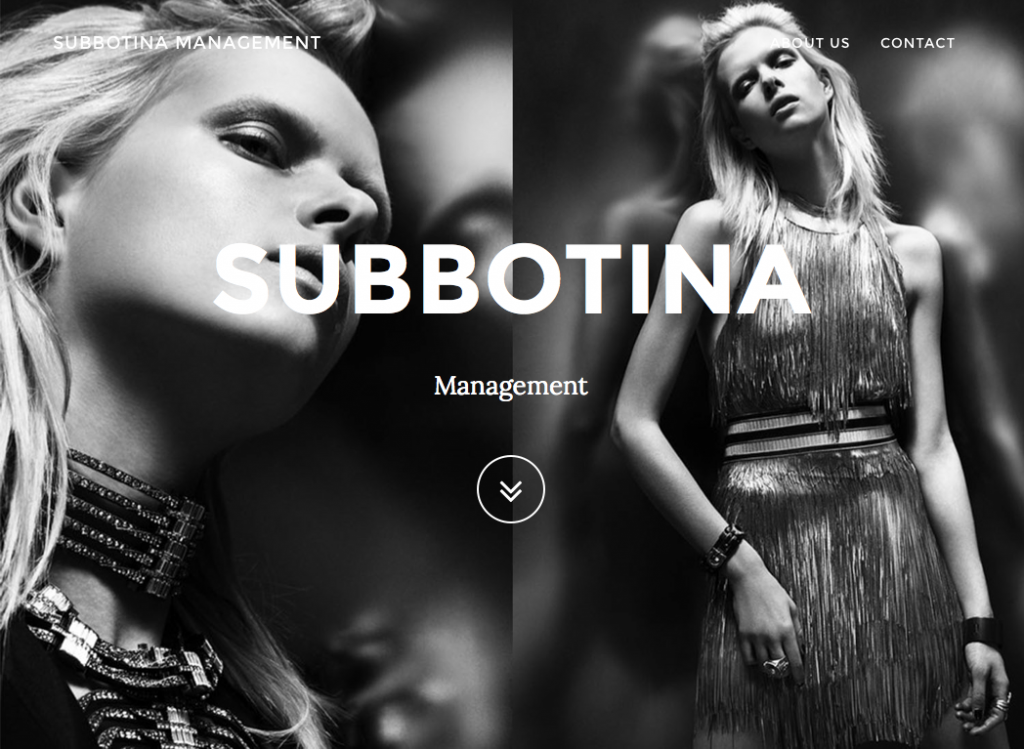 “The models who were contacting me seemed very good and promising and I thought why not occupy myself with this and try to send them abroad. I have contacts, know how it works. I can always give advice, help with a portfolio and show them to the ‘right’ people,” she said.

Subbotina had already started as an independent agent and is currently working with six or seven models. Four are already working outside Kazakhstan and three are being prepared to make the same move.

“One can always establish an agency; I am only developing a network now. I want my agency to be small, more exclusive so that models could get proper attention and career growth,” she said.

Subbotina plans to establish a modelling agency in Almaty.  It will not have a physical office, because scouting and modelling career development are done online.

In the future, she wants to establish free courses for promising models and those who do not necessarily want to go abroad, but simply become familiar with how the business works.

“Everything is in the stage of development; I myself have to work a lot as well. I also have to stay in touch 24 hours a day with four of my models. I am happy for their success; the models are already being shot for numerous magazines and are expected in Paris,” said Subbotina.

She quickly added she does not want to give promises to any of the models and believes her business should be built on trust and honesty.

“A person’s destiny is in my hands and I am responsible for it,” she said.

Two of her models are from Almaty, two from Kostanai and one from the capital. She is finding it difficult to obtain visas for them.

“We really have to fight for it. I want to stand up for the rights of our models and want to work with Kazakhstan’s models first of all,” she added. 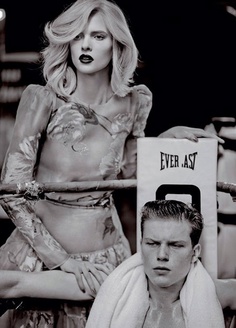 When Subbotina began working in Kazakhstan, the country’s fashion and modelling industry was not as developed. People seemed to be afraid of judgment and self-expression, while now they are braver and willing to show themselves, she said

“When I come to Kazakhstan now, [I see] new faces, fashion magazines, modelling agencies. A lot of work is going on. It’s very impressive and cool. I would like to be and work there more,” she said. “Many magazines, editors and stylists who I work with tell about cool magazines or shootings in Kazakhstan that they heard about and I am very glad people have started to talk about us.”

Being part of overseas shootings with foreign photographers and Kazakh designers exhibiting their work abroad is a big plus for the country, she added. Last year she did an independent non-commercial photo project about the country and is interested in inviting photographers to collaborate with her.

“The book that we made will be issued in May in Dazed & Confused magazine and a photo exhibition will be in London and New York. I have a lot of ideas, but this surely requires financing,” added Subbotina. “I also have ideas in sports projects and other fields if someone wants to help later and do something interesting.”

Even though she is busy helping other models, doing her own job and involved in art projects, she tries not to miss events in New York that involve Kazakhstan and is glad to offer her help.

“Recently, I was invited to an evening at Kazakhstan’s consulate that will take place April 19. It might be interesting to help them somehow and do something interesting,” said Subbotina.