EXPO 2017 to be at Centre of Movement toward a Greener Planet, Says EXPO Council Chairman 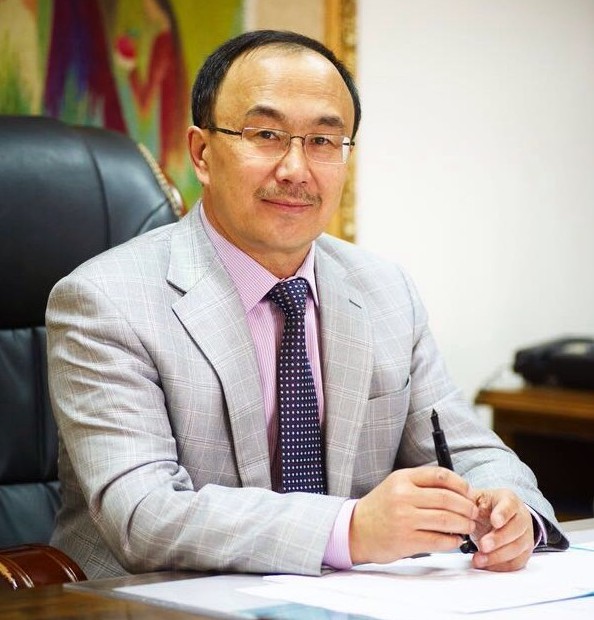 Mr. Sydykov, you were an active supporter of the exhibition prior to your election as chairman of the Public Council EXPO 2017. Why?

– We need to realise that today alternative energy sources give birth to a new strategic industry that will shape the global agenda. The exhibition EXPO 2017 in Astana will give a clear advantage for our country in this regard and enable it to become one of the world leaders in the development of green economy.

I am convinced EXPO 2017 will become an important international event, presenting a practical view towards building a more secure and balanced energy future. By bringing together in one place the best developments in this area, the exhibition, as an outstanding global event, will give impetus to the further development of green economy and use of alternative and renewable energy.

As for higher education institutions, including the ENU, EXPO 2017 will not only become a global dialogue platform for scientists and experts but also a revolutionary breakthrough in scientific and practical studies: new scientific trends, projects and careers will take shape. The department management and engineering in environmental protection of our university is conducting research in such areas as environmental assessment of performance and capacity of the landscape of Kazakhstan in view of climate change, environmental issues of green construction, use of energy-efficient heat pump heating systems and many others.

I, as a simple man, cannot help but ask you about the theme of the upcoming exhibition. Could you elaborate on such concepts as the “development of green economy” and “alternative energy sources?”

– Today’s realities push every single world economy towards green, energy-efficient technologies. This is due to climate change and a reduction in commodity dependence. As a journalist, you should be aware that the green development is the main priority of Kazakhstan’s development strategy until 2050. The Presidential decree dated May 30, 2013 approved the concept for transition of the Republic of Kazakhstan to a green economy. This, first of all, includes working with renewable energies, such as solar, wind, Earth’s internal heat, biofuels and new energy-sufficient technologies that can save electricity and significantly reduce its consumption.

As you know, in the 1950s, Japan moved towards other high-tech industries as a response to the economic crisis and has become a leader in the electronics industry over more than 12 years. Do you think that EXPO 2017 can also become a necessary anti-crisis project for our country?

– I am absolutely certain of it. EXPO 2017 is a very important event for Kazakhstan that can help us to choose and master the latest technologies for the development of future energy. I think that after the exhibition, even the most zealous critics will break the circle of their callous stereotypes and misconceptions. Despite the global crisis, which also affected our country, we are constructing new facilities, creating tens of thousands of jobs, hundreds of domestic enterprises are involved in construction, the tourism cluster, infrastructure of Astana and other regions of the country are booming, small- and medium-sized businesses of the capital are receiving a new strong development impetus.

By and large, I am not exaggerating when I say that EXPO 2017 is a real anti-crisis road map. However, the most important is not to focus only on our benefits. Next year, Astana will be at the centre of addressing pressing issues of humanity. It should be understood. EXPO 2017 is a necessary event for all countries. That is why the number of participant states of the exhibition is growing steadily and therefore there is always a fierce competition for the right to host the exhibition under the auspices of EXPO 2017.

After you gave such detailed answers, the question about Kazakhstan’s need in EXPO 2017 proves unnecessary, let us talk about other benefits of the exhibition.

– There are initiatives that have thought about our many steps ahead. It is necessary to elaborate on two initiatives of the head of state. President Nursultan Nazarbayev in his address to the UN General Assembly in New York at the end of last year, proposed to open an international hub for the development of green technologies on the basis of EXPO 2017 infrastructure. This is a very significant event. Imagine that this centre will accumulate advanced technologies in priority areas, such as renewable energy and energy efficiency.

Foreign experts are already showing great interest in the idea of the hub. For our country, such a project is akin to Silicon Valley in the United States and Beijing Technology Centre in China. Needless to talk about the positive impact of these innovative institutions on their economies.

In addition, the Astana Financial Centre based on EXPO 2017 infrastructure will follow English Common Law with the mandatory study and use of the Dubai experience in the development of this issue. British Law is in great demand all over the world and its application corresponds to modern business trends. This in turn will serve as a powerful driver of foreign investment in the country’s economy.