Beautiful South Particularly Attractive in Spring: Why Worth Visiting Shymkent and Turkestan

By Kamila Zhumabayeva in Tourism on 26 April 2016

ASTANA – South Kazakhstan is full of ancient towns, historic monuments and sacred places. Thousands of tourists flock to the region located among vast steppes and mountain masses. Shymkent is a city of authentic Kazakh culture, people and landscape, while Turkestan is a historic, architectural and religious town. 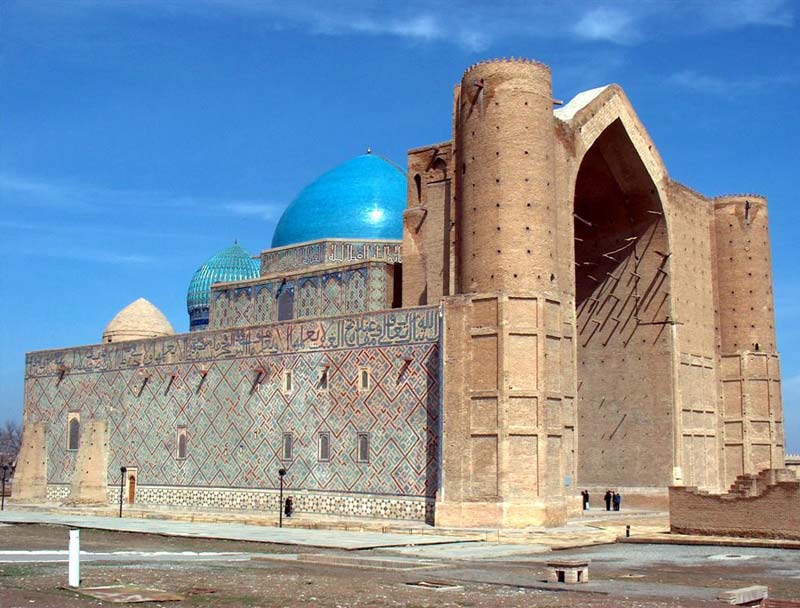 Shymkent is the capital city of South Kazakhstan province, one of the nation’s largest industrial, trade and cultural centres situated 690 kilometres west of Almaty and 120 km north of Tashkent, Uzbekistan. It is the second most populated city in the country, with 885,799 people (as of Jan. 1, 2016).

What to see in Shymkent

Tourists in Shymkent can see memorials, tanks, a Ferris wheel and statue of Abai in his namesake park. If visitors wish to have summer fun at a water park, Delfin Aquapark is not far.

Ken-Baba Park, where Kazybek-Bi Street crosses Tauke Khan Avenue, is one of the oldest in the city. It has miniatures of famous architecture, a little pond and walking area with swings and rides.

Mega Mall on Tauke Khan Avenue has an indoor skating rink, movie theatre, Western-style chain grocery store and upstairs food court. It is the most popular hangout in town for youth. Spartak, located across the street, is a great outdoor swimming pool, soccer field and basketball court.

The memorial at Ordabasy Square is the site of the city’s founding. A massive monument on a bridge, fountains, the Philharmonia, a nice park and yurt-like museum are all in one area. Shared taxis to Sairan bus station are not expensive and leave from the square.

Except on public holidays, little happens at the hippodrome. It is worth a visit, however, for horse games such as kokpar (buzkashi). An ice skating rink, nearby old cinema and big tulip fountain on the corner of Tauke Khan Avenue are worth a look as well.

Guests can indulge themselves by wandering around streets and lively bazaars. Public transport regularly goes to Aina Bazaar a little outside the town. The market is good for buying items such as food, clothes, Chinese electronics and Kazakh songs on CD. Fresh products and fruits can be found in Koktem Bazaar.

How to get there

A flight from Astana to Shymkent costs 31,039 tenge (about US$92.60) as of April 25, according to tripadvisor.com. There are also several flights a day from Almaty with prices starting from 15,000 tenge (about US$45).

Overnight buses to Shymkent leave from Almaty’s Sairan bus station at roughly half-hour intervals, according to older information. The journey takes about 13 hours. Daytime buses are also available. Tickets cost about 1,300 tenge (about US$3.87). 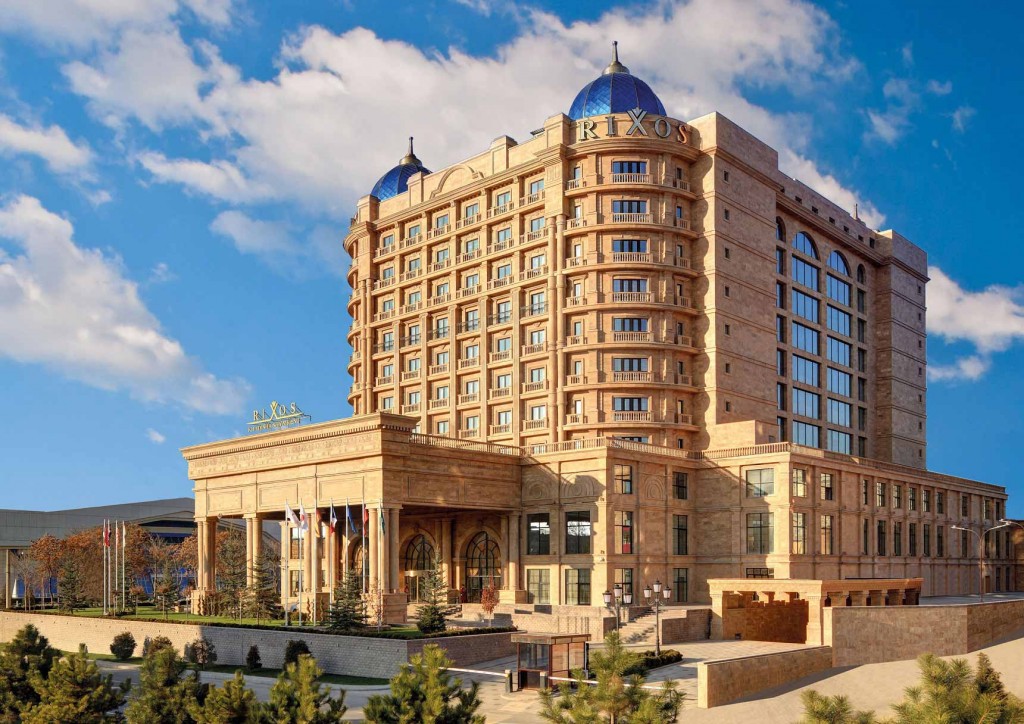 Busses arrive at Samal bus station, about five kilometres from the city centre, from which tourists can take a bus, marshrutka (mini bus) or a taxi. Marshrutkas travel nearly the same routes as busses. They can be very crowded during rush hour and riders might have to stand.

Gypsy cabs can be taken anywhere in the city, but tourists are advised to bargain if drivers try to overcharge. Buses go to and from the centre and micro districts.

The train to Shymkent from Almaty takes 12 hours and an overnight trip is ideal, according to caravanistan.com.

Shymkent train station on Kabanbai Batyr has regular trains that go to and from Aktau, Aktobe, Almaty-2, Aralsk, Astana, Kyzyzlorda, Taraz and Turkestan.

Founded more than two millenia ago, the ancient city of Yasy (Turkestan) was one of the important commercial centres on the Silk Road and the trade route between Europe and China, according to kazakhstanwonders.wordpress.com.

From the 16th to the 18th centuries, Turkestan was the capital of the Kazakh khanate. It is now the historic centre of Kazakhstan’s culture, where one can discover the ruins of Otrar and admire its architectural heritage. 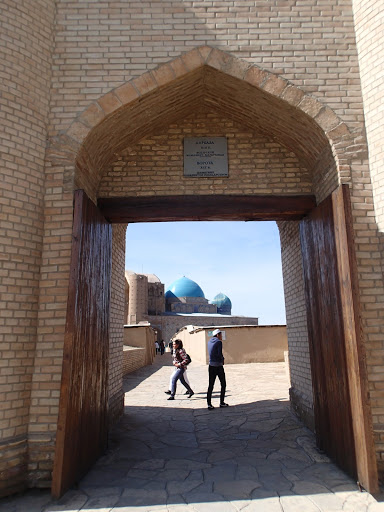 The mausoleum is also a pilgrimage place for many Central Asian Muslims. The monument was designated a United Nations Educational, Scientific and Cultural Organization (UNESCO) World Heritage site in 2003.

The entire city centre is a mix of historic buildings, including the tomb of Robia Sultan Begim, Timur’s granddaughter, and the tombs of Kazakh khans and representatives of nobility, according to the website.

The railway station, also considered a landmark, was built in 1903 during construction of the southern branch of the Orenburg-Tashkent railroad.

How to get there

The best option for travelling to Turkestan from Astana is by air, because the distance between the cities is quite long (about 1700 km), according to visitkazakhstan.kz. The nearest airport is in Shymkent (about 180 km away), followed by a taxi, bus or train to Turkestan.

The train is a cheaper option and quite popular means of transport in Kazakhstan. A direct train from Astana to Turkestan takes about 27 hours. Tourists can also take a bus between the cities, although the trip might be a little uncomfortable due to the long distance, noted the website.

The best way to travel from Almaty to Turkestan is by plane via Shymkent. The distance between the two cities is about 900 km. Trains and buses to Turkestan are also available.