By Anuar Abdrakhmanov in Sports on 26 April 2016 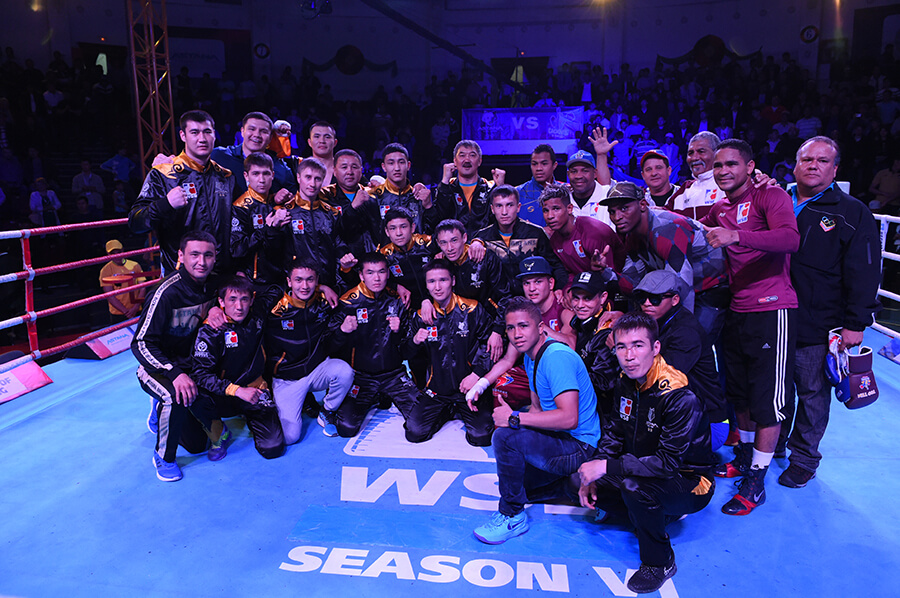 Two-time WSB Champions Arlans completed their goal to get past the quarterfinal in style, crushing the Venezuela Caciques April 23, taking the second leg 5-0 to secure a resounding 9-1 win and set up a semifinal match against the British Lionhearts. The match took place April 22-23 in Shymkent, South Kazakhstan’s largest city.

On the first day in Astana, among those who won their matches were Zhomart Yerzhan, Nurbol Kalzhanov, Samat Bashenov, Abilkhan Amankul. Their blows fell on Angelino Cordoba, García Moro, Arcon Diaz, and Gonzalez Mendez. Mukhamedzhan Yerkin who gave way to Julio Blanco suffered the only Arlans defeat of the night.

Thus, the Astana Arlans made it to the semifinals of the World Boxing WSB series, where they will face the British Lionhearts.

“Our guys were able to complete the task and live up to expectations. Serious preparatory work was carried out. We carefully studied the rivals. I want to express gratitude to such a club. [Reaching] the semifinals is already a good achievement. Ahead of us are the fights against British boxers who defeated in the quarterfinals one of the strong teams of Ukraine. We know that we will have to box in the opponent’s territory. So let all the forces try to do everything possible to achieve success in the semifinals,” said Astana Arlans Head Coach Nurlan Akurpekov.

“We were pleased… The result speaks for itself. We look forward to the successful performance of our team in the semifinals. Especially, I remember the last fight in which Kamshybek Konkabayev won by knockout. The boys have shown all that they were able and pleased the Kazakhstan boxing fans. With a team of British Lionhearts it will, of course, be very difficult. After all, we have to box away from home and it is always difficult. In the UK, part of our opponent’s team are boxers who won a license for the Olympic Games. Let us hope that we can reach the final, but once again, it will be very difficult,” said Serik Sapiyev, the Olympic champion of London 2012 and the general director of the Astana Arlans.