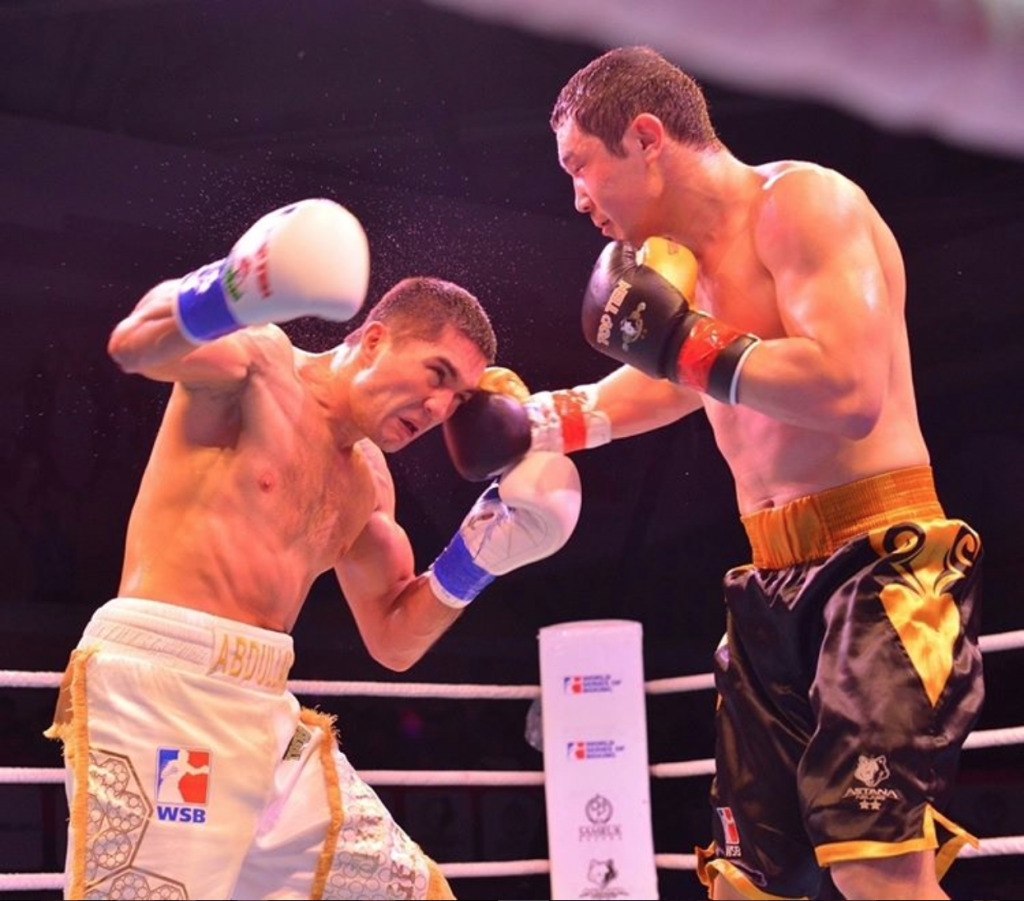 The visitors took the lead before the start of the game, which took place in Ust-Kamenogorsk. Arlans boxer Zakir Safiullin had to leave the city shortly before the match due to an undisclosed, “valid” reason. Therefore, a technical victory in the first bout was awarded to his opponent Elnur Abduraimov.

The first into the ring were the boxers out of the 52 kilogramme weight category – Azat Makhmetov from the Astana Arlans and Abrorzhon Kadyrov from the Uzbek Tigers. The Kazakh club’s boxer won through a technical knockout and restored an equal score in the match. Later, Aslanbek Shymbergenov defeated Mahmoud Gaipov and put the Arlans forward. Another TKO came from the team’s debutant Arman Rysbek who, in the 81 kilogramme weight category defeated, Uzbek Shukhrat Abdullaev.

Kamshybek Kunkabayev concluded the Kazakh club’s clear victory with a victory against Mirzohidzhon Abdullayev in the 91 kilogramme weight category. The final result was 4-1 in favour of the Kazakh team.

Thus, the Astana Arlans avenged themselves for the first round’s defeat in Tashkent when the Tigers crushed the visiting Kazakhs 4:1.

“Of course, we can say that the team has fully completed the task. I am glad that our guys showed a will to win and character. I want to thank all of our boxers and coaches of the club for good work. The Uzbek team is a serious contender, but this evening the Kazakh boxers were stronger,” said the head coach of the Astana Arlans professional boxing club Nurlan Akurpekov.

“On behalf of the Astana Arlans and Professional Presidential Club Astana, I want to congratulate all the fans of Kazakh Boxing with a convincing victory of our team. I think the Arlans fulfilled their promise and presented us with a real festival of boxing. In each of the bouts, we saw a good boxing from our guys and their evident desire to win,” said Director General of the Astana Arlans boxing team, Olympic champion Serik Sapiev commenting on the outcome.

The Kazakh club will now face Caciques Venezuela in the WSB quarterfinal.

The Arlans are part of the Presidential Professional Sports Club “Astana.”