Our Unity is Our Strength, Says Chairwoman of Veteran Organisation on Election Day

By Zhanna Shayakhmetova in Nation on 20 March 2016

ASTANA – March 20 has been a special day for the Kazakh citizens as they exercise their right to participation in governing their country. 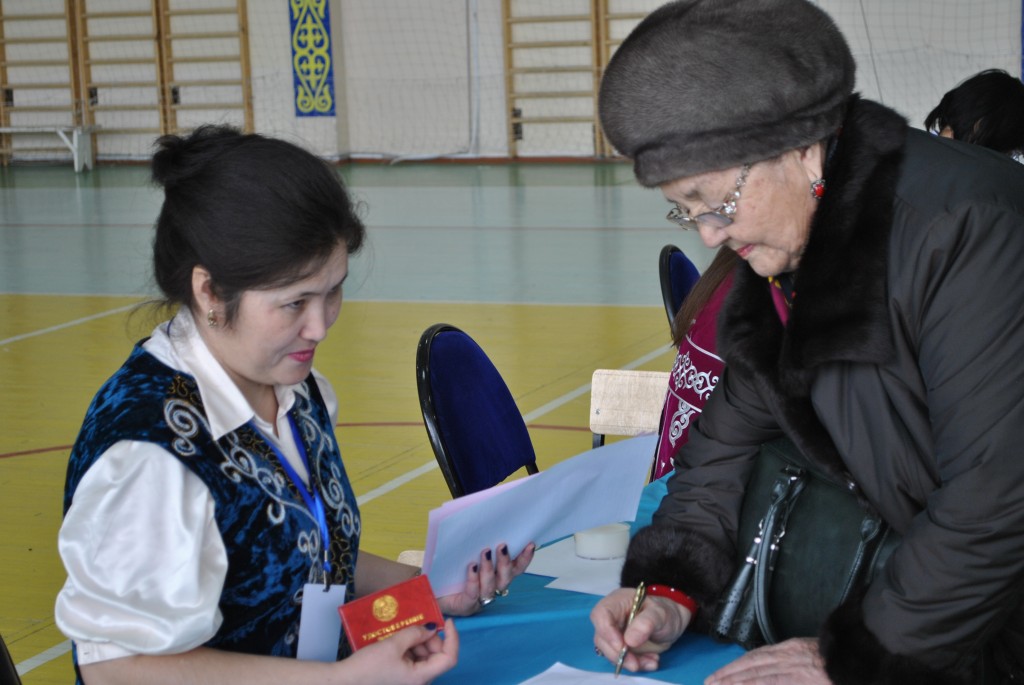 On this day, Sagilya Yessenzholova, chairwoman of the local primary veteran organisation came among the first voters to the polling station number 150 in Kazakhstan’s capital city of Astana.

A stockbreeder by profession, Yessenzholova has a total work experience of 42 years, including 20 years as a milkmaid at farm and 22 years as a forewoman at dairy farm.

“Although I am retired, I try to be well-informed of the latest events because I am not indifferent to the fate of my native land. Our independence and our achievements are the most essential things. I fully support this idea and came to vote with my family,” said Yessenzholova in an interview for this story.

In 1976, she was a delegate of a Soviet Union communist party’s congress in Moscow. Four years later, she was elected a deputy of the Supreme Council of the Kazakh Soviet Republic. A year later, she was decorated with the Soviet Union’s highest awards, the Order of Lenin and the Star of Socialist Labour Hero.

According to Yessenzholova, the political right of every citizen is to participate in elections. “I have three children, five grandchildren and six great-grandchildren. Our children are our future. I wish my children and Kazakhstan have a prosperous future and stability,” she explained her motivation to vote.

“I told my children that a nationwide election is important encouraging them to vote for the party that will best represent their interests. People have the right to make their own choices and decisions. A government must create laws that will protect us and ensure our rights. These days, people are free to choose whom they want to support. Personally I voted for one particular party as well as my family. I am confident that the decisions taken will contribute to the nation’s bright future.”

“I noticed that despite the early morning, a lively, bustling atmosphere reigned at the polling station. People presented their documents to the election commission and were introduced to the voting conditions before walking confidently to the voting booth. People were in a good mood. There was a long queue but people remained calm and waited for their turn,” said she. 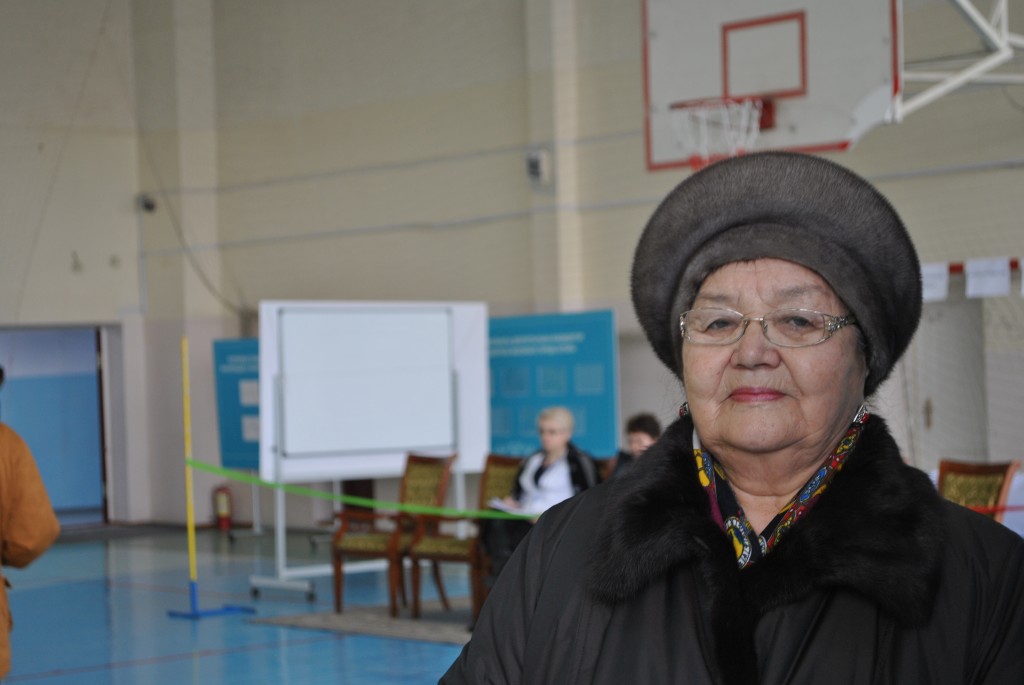 Yessenzholova has always been involved in social life. Being a member of the city veteran organization and Presidium office of the public association of veterans, she has a lot of duties and responsibilities she attends different meetings and events with students.

“I hold talks with the youngsters about the work experience and how young people should behave. I admire our current young generation. They are more educated and creative than we might imagine. In our time, there were no cell phones, no television and the Internet at all. At the same time, it is necessary to properly raise the children at home and at school. Public organisations also should promote among the youth the universal values, love for the motherland, and instil a sense of patriotism and a love for work,” she said.