ASTANA – The South African Embassy to the Republic of Kazakhstan and the Embassy of the Kingdom of Norway together with the KazGUU Academic Diplomatic Club hosted a farewell event Feb. 15 in honour of the outgoing Ambassador of Japan Masayoshi Kamohara and his spouse and the Ambassador of the United Arab Emirates Suhail Matar Alketbi within the KazGUU Academic Diplomatic Club. 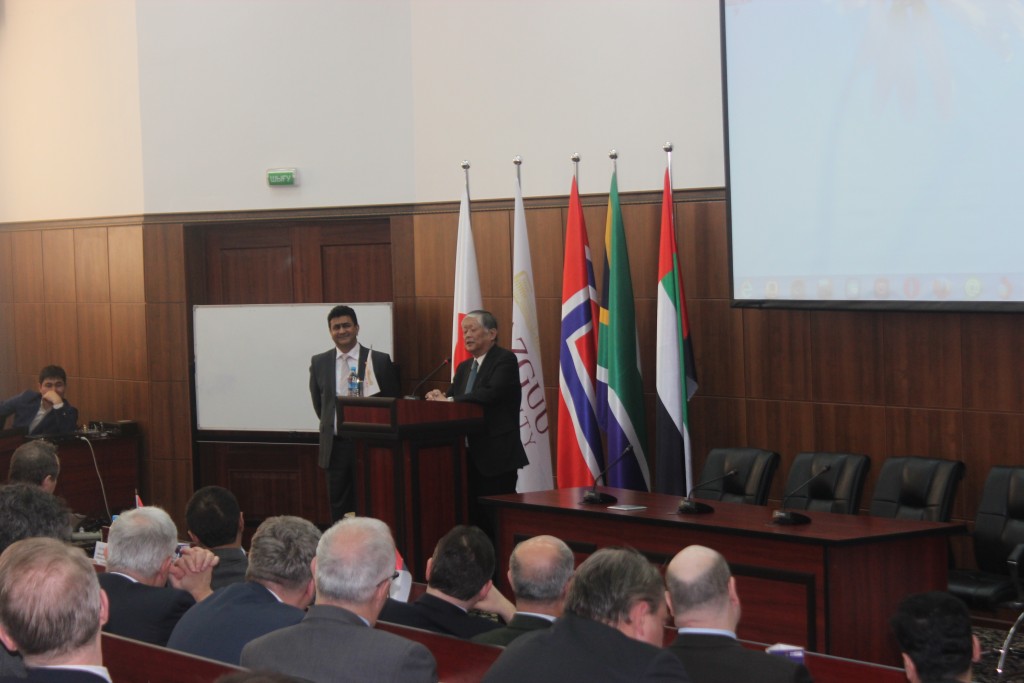 The event was attended by more than 40 heads of diplomatic missions and their spouses, students of the KazGUU University and their teachers, as well as the spouse of the Kazakh Deputy Minister for Foreign Affairs Zhanar Mussinova.

The South African Ambassador Shirish M. Soni moderated the event, being a Co-chair of the KazGUU Academic Diplomatic Club. The event started with a performance of a Japanese song by students of the Japanese Cultural Centre located at KazGUU University. The Japanese ambassador’s spouse joined the singing. Both the ambassador of Japan and the ambassador of the UAE were invited to share their experiences in Kazakhstan, express their sentiments about the country and its culture, as well as expressed their gratitude for the support of the Academic Diplomatic Club. Soni invited the heads of mission to convey their good wishes to the outgoing ambassadors, and his spouse Ruweida Soni invited the attendants to sing karaoke songs of popular singers and also sang some popular hits with spouses of other diplomats.

The event was held in a friendly atmosphere. The tradition of hosting farewell events within the Academic Diplomatic Club was initiated by Soni as a courtesy to the outgoing heads of other diplomatic missions accredited to Kazakhstan, as well as to create a platform for dialogue between representatives of the diplomatic corps and students.

The idea of the Academic Diplomatic Club (ADC) is being now rolled out to more than five universities in Kazakhstan. In this framework, the ADC brings together leaders of Kazakh society, diplomats, academics and students to discuss topical issues. Firstly, this benefits the students in their academic programmes and contributes towards their growth and development. Secondly, it provides the students with an opportunity to engage diplomats and leaders in Kazakhstan. Most importantly,the ADC continues to open a space for dialogue. It is extremely important for diplomats to engage with young adults about the agenda of the countries they represent and of the United Nations and other international and regional organisations.