ASTANA – Kazakh Senate members approved the bill “On ratification of the agreement between the governments of Kazakhstan and the Kyrgyz Republic for the provision of free military-technical assistance” on Feb. 18, reported Kazinform. Later on Feb. 29 Kazakh President Nursultan Nazarbayev has signed it. The corresponding agreement was signed in Astana between the defence ministers of the two states in June 2015. 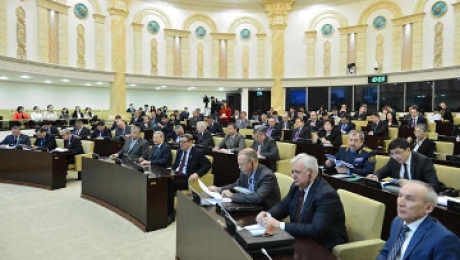 “The agreement provides the transfer of ammunition for small arms, grenades and smoke grenades, spare parts for anti-aircraft missile systems S-75M3 to the Kyrgyz side free of charge. Delivery of the property will be carried out by trucks of the Armed Forces of Kazakhstan to the Koi-Tash village in Kyrgyzstan,” said Deputy Minister of Defence of Kazakhstan Okas Saparov during the presentation of the bill.

“As you know on the territory of the Middle East and Afghanistan there are developing processes that represent a real threat to the Central Asian region. In this regard, the provision of military-technical assistance will strengthen the capabilities of the Armed Forces of the Kyrgyz Republic [to respond] to these threats and strengthen the security of the Central Asian region,” added Saparov.

According to Kazakh Senate member Mukhtar Altynbayev, three million ammunition units will be transferred to the Kyrgyz side.

“We are passing the three million ammunitions. We have more than a billion of them. … They must be utilised, but now they will be used,” he added.