By Malika Orazgaliyeva in International on 3 March 2016

ASTANA­ – Kazakhstan’s Foreign Ministry opened an exhibition of unique archival materials from the Archives of the President of Kazakhstan and historic photographs reflecting the country’s cooperation with the United Nations and its member states to mark the 24th anniversary of Kazakhstan’s accession to the UN March 2. 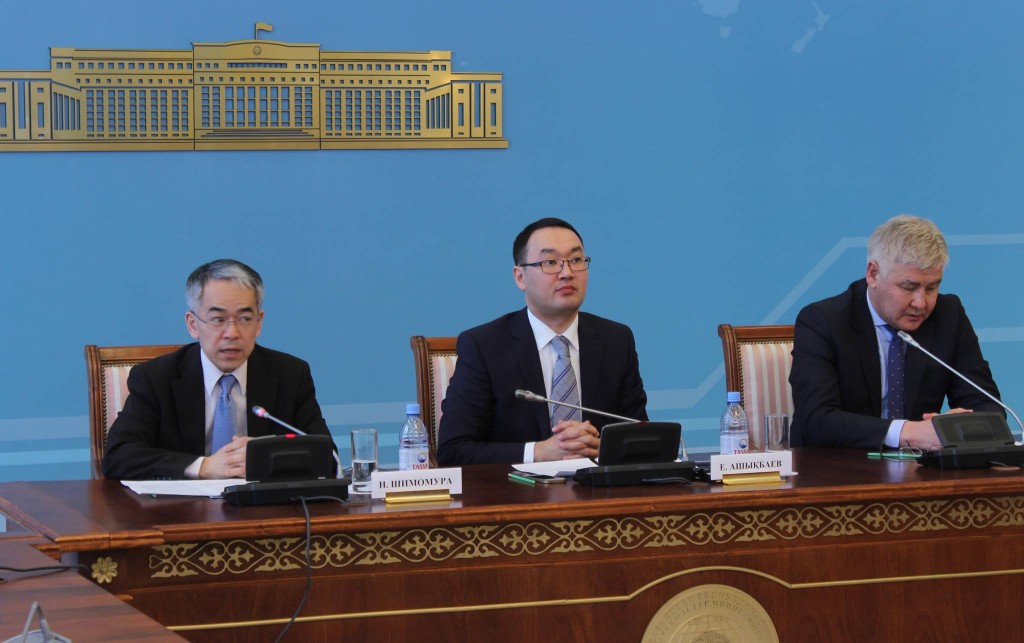 “Twenty-four years ago today, the newly independent Republic of Kazakhstan was welcomed as a new member in the UN General Assembly. In the intervening years, our country has emerged as a global citizen seeking to strike a balance between its national interests and cooperation with other member states, and demonstrating a clear commitment to multilateral diplomacy in its foreign policy,” Deputy Foreign Minister Yerzhan Ashikbayev said in his welcoming speech.

Ashikbayev stated that during almost a quarter-century, Kazakhstan has made sound, strategic choices in causes to promote and has often linked these to forward-looking, collective initiatives.

“One of the prominent examples is Kazakhstan’s contribution to nuclear disarmament, non-proliferation, and nuclear safety. Because Kazakhstan closed the Semipalatinsk nuclear test site and initiated the Central Asian Nuclear-Weapon-Free-Zone Treaty and the International Day against Nuclear Tests, the UN Secretary-General came in 2010 to encourage all member states to follow our country’s example,” he said.

“The national commitment to the Millennium Declaration, MDGs [Millennium Development Goals] and Sustainable Development Goals is another example. Kazakhstan made a fast start on the MDGs and then set more ambitious targets in its MDG+ agenda. Currently, the government is determined to ensure the implementation of the global 2030 development goals by carrying out a number of national programmes and strategies which embrace the spirit and priorities of the Sustainable Development Agenda,” Ashikbayev noted. 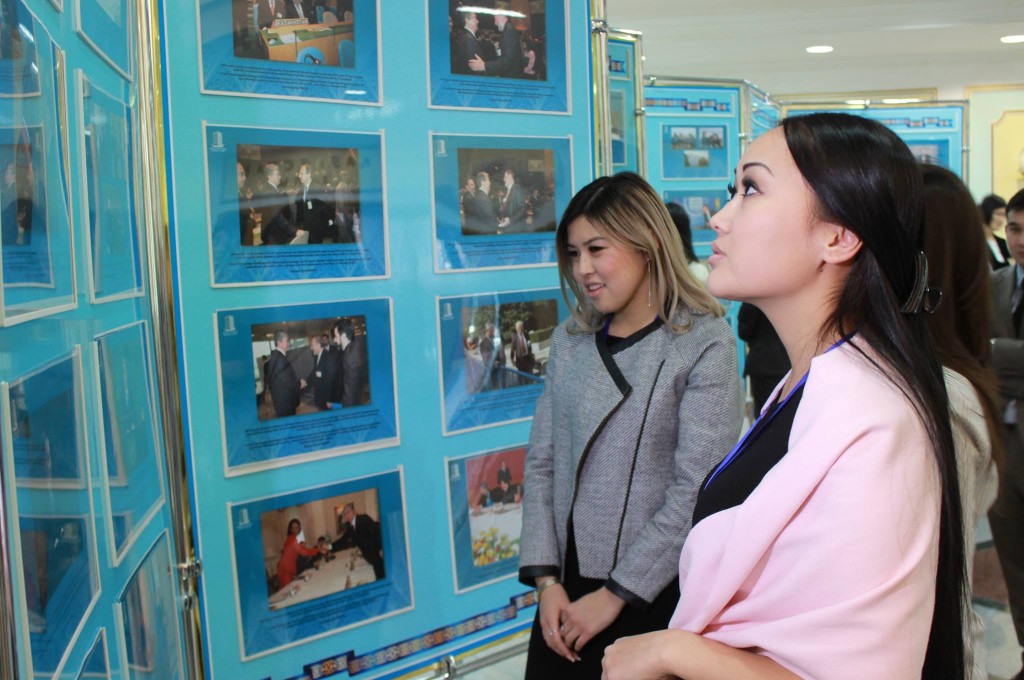 “In these turbulent times of change, and from the beginning, Kazakhstan has taken a position to promote international and regional understanding, peace and security. Since independence, we have been a voice in the UN of ethnic, cultural, and religious tolerance. This led to the establishment of the Congress of Leaders of World and Traditional Religions,” he said.

In addition, Ashikbayev noted that Kazakhstan has also supported practical initiatives to promote stability, fight organised crime and drug trafficking, as well as peacefully manage conflicts. Kazakhstan’s promotion of the UN Special Programme for the Economies of Central Asia (SPECA) and the Conference on Interaction and Confidence Building Measures in Asia (CICA) has earned deserved recognition, he said.

In Ashikbayev’s words, Kazakhstan’s foreign policy contributes to the cause of peace, security and prosperity. Kazakhstan has shown itself a strong supporter of multilateralism.

Ashikbayev noted that there are number of important new initiatives of which Kazakhstan is either a founder or an active supporter.

“Kazakhstan is strategically located in the heart of the Great Silk Road, and in that tradition is actively joining efforts to advance trade and transit in all directions. The government is also, in close consultation with the UN, working to further enhance Almaty’s prominence as a centre of international diplomacy and assistance. Kazakhstan is also bidding for a non-permanent seat on the UN Security Council for 2017–2018,” he said.

Shimomura called Kazakhstan a stable and important friend and ally of the UN, as well as an active peacemaker in the Central Asian region. He emphasised Kazakhstan’s contribution to the fight against terrorism and the importance of Nazarbayev’s initiative on creating a 2045 Global Strategic Initiative Plan that would launch a new trend in global development based on fair conditions in which all nations have equal access to infrastructure, resources and markets.

Dzhaparov informed the audience about the structure of the exhibition and how archive materials are being kept and used. He noted that the Presidential Archive, together with the Ministry of Foreign Affairs, are planning to hold two more exhibitions this year. The first one in August would highlight Kazakhstan’s initiatives to strengthen regional and global security and would be timed to coincide with the 25th anniversary of the closure of the Semipalatinsk nuclear test site. The second one in December would be devoted to the 25th anniversary of Kazakhstan’s independence.