By Zhanna Shayakhmetova in Nation on 20 March 2016

ASTANA – The regional akims (governors) have been among the first voters to cast their ballots in elections to the Mazhilis (lower chamber of Parliament) and maslikhats (local legislatures) on March 20. 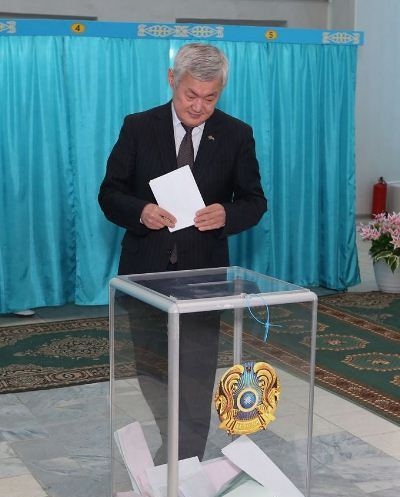 Akim of the North Kazakhstan region Erik Sultanov took part in the parliamentary elections in Petropavlovsk. Casting his vote at the polling station at the regional children and youth centre, the akim stressed special importance of holding elections this year.

“Our President has set the major tasks for the further development of the country. And much depends on the trust of voters. Everyone knows that the deputies are involved in making important decisions for the development of the region. The residents of the North Kazakhstan region have been actively involved in the elections. I am confident that the voting in our region will be held in strict accordance with the law,” he said.

Akim of the Mangistau region Alik Aidarbayev also stressed that the March 20 vote was an important event for the country, according to Kapital.kz.

“Today is a very important day for all our people. Of course, any election is essential but this year’s elections are important because our country is entering a new period of history and today we choose the parliament that will implement the 100 Concrete Steps plan and five institutional reforms that were announced by the President,” he added.

According to Aidarbayev, the independent international observers have been working in the region and there have been no complaints.

“The election is held in a calm atmosphere, no complaints have been filed. I think no major incidents will occur at local polling stations,” he said. 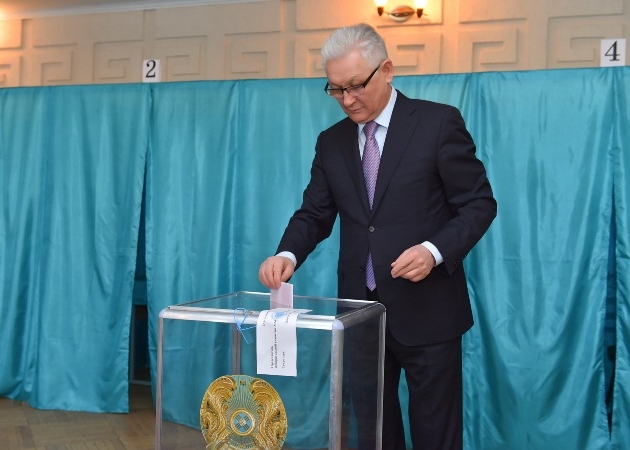 “Today we make a choice for our country and our region. I voted for the stability and prosperity of Kazakhstan. I believe the election is to be held at a high level,” he said.

Akim of the Aktobe region Berdibek Saparbayev voted at the polling station number 77 in Aktobe.

“Participation in voting is a civic responsibility of every Kazakh citizen including the Aktobe region residents. Thus, we need to show our attitude to the policy of the head of state. Our voters are very active today. Despite the bad weather conditions in some parts of the region, the election started on time,” he said.