ASTANA – The Telegraph has named the 10,000 tenge banknote (2003 series) one of the most beautiful currencies of the world. 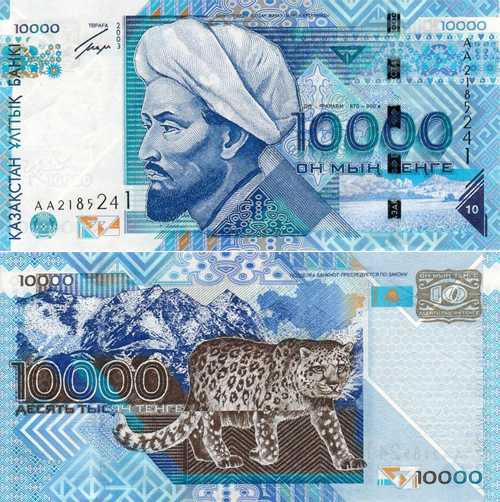 “The 10,000 tenge banknote issued in Kazakhstan in 2003 features a snow leopard against a background of mountains,” according to the Telegraph.

The tenge has repeatedly been honoured with professional awards. In 1994, the Kazakh currency received a gold medal for the beauty of its design and quality from Queen Elizabeth.