By Aiman Turebekova in Business on 15 March 2016 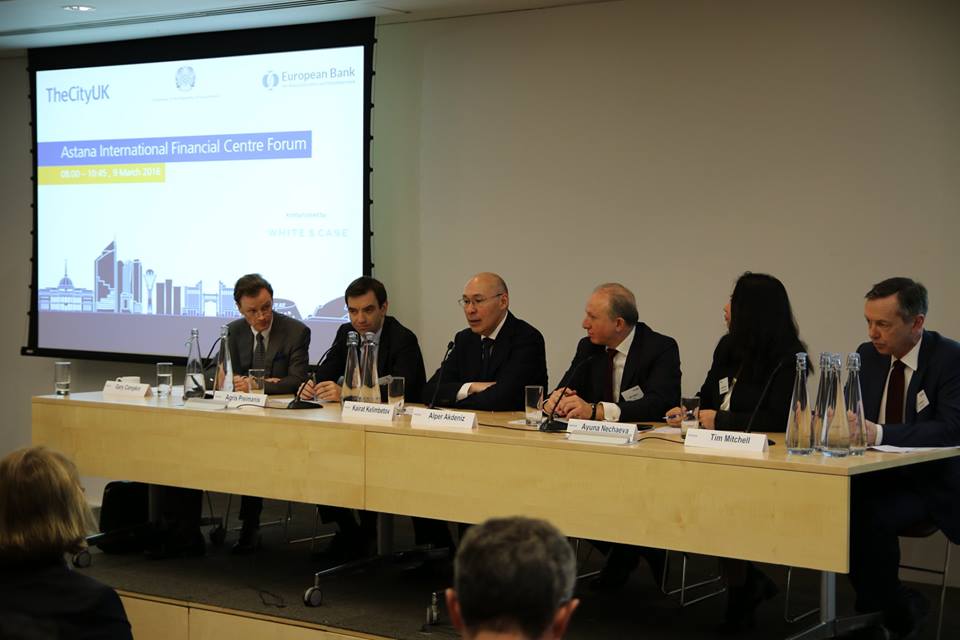 Kelimbetov pointed out that the centre has been established and is operating based on standards characteristic of the world’s leading financial centres and on the principles and norms of English law, using the English language in AIFC for records management, including legal proceedings.

Among those briefed by Kelimbetov were the heads of Goldman Sachs, Morgan Stanley, Universal Business Systems (UBS) and Boston Consulting Group. Kelimbetov also met with the heads of British financial bodies, including the Institute of Directors, the European Bank for Reconstruction and Development, the U.K. Green Investment Bank, PricewaterhouseCoopers, JP Morgan, London Stock Exchange and London Metal Exchange. The sides agreed to develop the relationship between the U.K. and AIFC.

A memorandum of understanding on assisting Astana in development of AIFC was signed by the EBRD, TheCityUK and AIFC at a forum hosted by White & Case, LLP and organised by the Kazakh Embassy. The company leaders expressed their interest in the centre and emphasised their readiness for cooperation.

Speaking at the forum, the Kazakh Ambassador to the U.K. Erzhan Kazykhanov noted that AIFC would aim to turn Astana into the financial hub of Central Asia and one of the top 20 financial centres in the world.

AIFC formation will contribute to development of efficient and liquid capital markets and the industry of the asset management. Moreover, AIFC will move to a new level the development of local expertise in private banking and Islamic Finance.