By Kamila Zhumabayeva in Culture on 9 March 2016 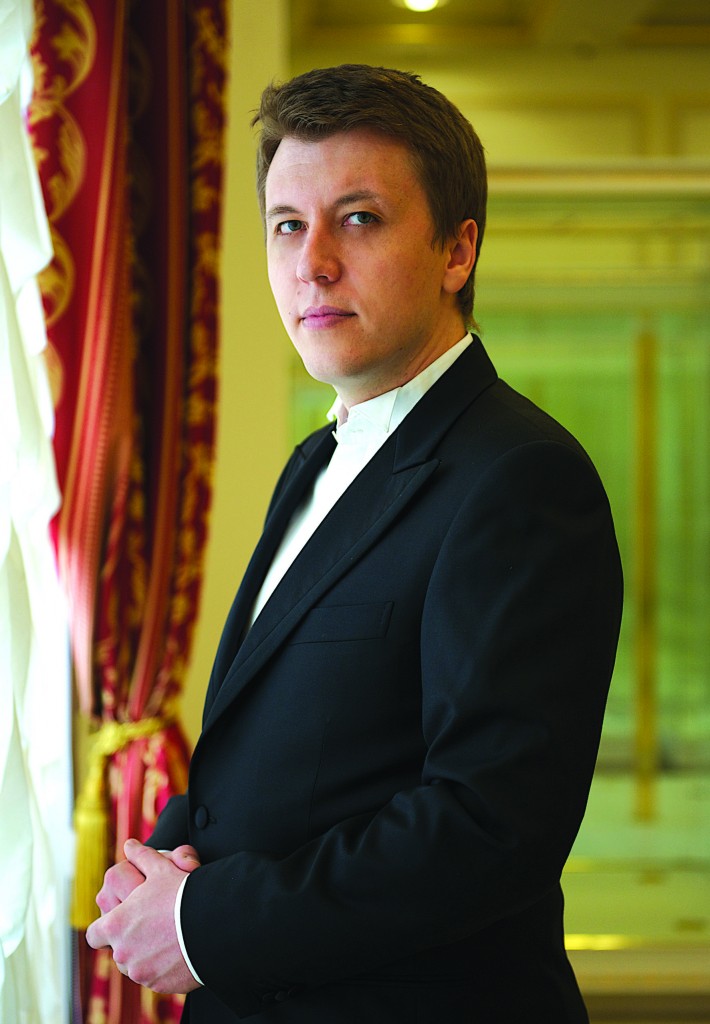 ASTANA – Yevgeny Chainikov, who has a master’s degree in opera singing from Arizona State University and is a laureate of international contests, debuted as Amonasro, King of Ethiopia in the “Aida” opera of Giuseppe Verdi in Astana Opera’s big hall stage Feb. 21, the press service of the State Opera and Ballet Theatre reported.

“Participating in such a large-scale performance of outstanding director Franco Zeffirelli is a big honour and responsibility,” said the baritone. “I was watching this play on the Internet after a premier in ‘La Scala.’ Decorations, costumes, everything was impressive. I was thinking, ‘If only I would sing in this play someday.’”

“Dreams come true, now we have this play going on. I visited all stage rehearsals, did not miss one show on our stage, was working on mise en scène (visual theme or telling a story) for a long time and am ready to appear in front of Kazakhstan’s audience,” Chainikov stressed.

This was his third debut for the theatrical season with Zhirenshe in “Abai” and Scarpia in “Tosca,” zakon.kz reported. The artist invited all his fans and admirers of the opera arts to a spectacular performance.

About 200 people were involved in the play from soloists of the opera to the male and female choir to artists of ballet to an orchestra with children.

In July last year, Kazakhstan witnessed “Aida” opera outdoors at the square in front of Astana’s Palace of Peace and Harmony. The opera was attended by President Nursultan Nazarbayev. Volunteers walked the capital’s streets promoting the event and creating a special atmosphere prior to the event, according to Tengrinews.

Audiences of Astana Opera had a chance to see the 2006 performance of “Aida” that opened the “La Scala” theatrical season and became the biggest event of Europe’s cultural life, Zakon.kz wrote. The premiere was held in Astana Opera Nov.19, 2014. Kazakhstan’s public was stunned by what they saw: 315 units of props, 30-tonne sets and beautiful costumes.

Zeffirelli calls “Aida” the best play in the history of the “La Scala” theatre; perhaps it is as such in the Astana Opera theatre, according to the website.