By Georg R. Vassilenko in Business on 5 February 2016 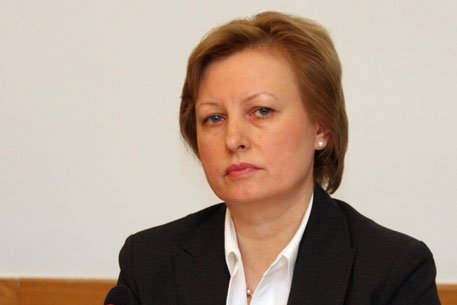 ASTANA – The best-case scenario of the Samruk Kazyna National Welfare Fund is the cost of oil at $35 per barrel and an exchange rate in the range of 380 tenge per dollar, said managing director for financial operations Elena Bakhmutova.

Samruk Kazyna, which manages assets worth about $50 billion, is expecting some oil price and tenge weakening in 2016 and calculating the basic state for the companies it manages at $25 per barrel and 400 tenge per dollar. Bakhmutova shared her assessments in an interview with Reuters.

She indicated all investment programmes have been reduced and are focusing on protecting jobs, keeping their companies afloat and servicing debt.

“The investment programme of the group of the fund’s companies, which was calculated at an oil price of $40 per barrel and 300 tenge per dollar, amounted to 1.206 trillion tenge (US$3.2 billion). Of these loans, about 573 billion tenge (US$1.5 billion) were accounted for, but we will do an audit of projects,” said Bakhmutova.

She noted this year will be more difficult than 2015.

“It’s in the country, including for a group of fund companies. This is not a surprise,” she said.

Bakhmutova added she sees no risk in terms of debt servicing.

“In general, over the next three years out of the total external debt 23 per cent are to be repaid, of which 40 percent is expedient to refinance,” she said.

According to Reuters, the total external debt of the Samruk Kazyna group of companies has decreased in the past year by $7 billion to $17.3 billion. A total of 59 percent of the debt falls on KazMunayGas (KMG), which suffered the most from the fall in oil prices.