By Azamat Syzdykbayev in Nation on 23 February 2016

Kostanai region Akim (Governor) Arkhimed Mukhambetov announced plans to implement nine projects to attract foreign direct investments to the region during 2016. He noted the main inflow of foreign investments is expected from neighbouring China and Russia and indicated cooperation plays a special role in mechanical engineering. 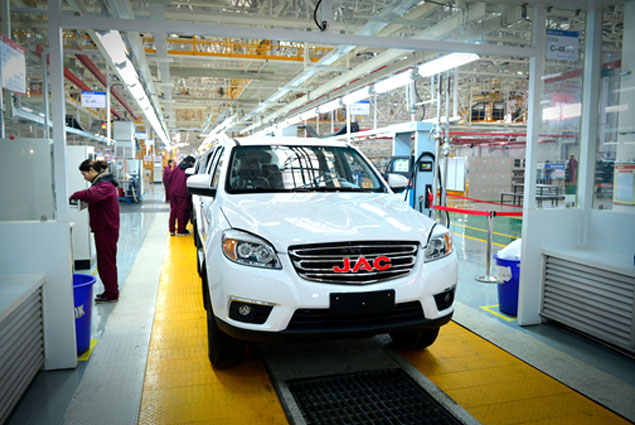 “An agreement on strategic partnership and development of the national Kazakh automobile brand was signed among SaryarkaAvtoProm, China Machinery Company and JAC Motors in August of last year. SaryarkaAvtoProm, together with the Chinese company JAC Motors, is planning to start producing JAC vehicles by the small parts assembly method,” said the governor.

Chinese partners have already invested $5 million, but there are plans to increase the share up to $40 million. Delivery and installation of technological equipment is scheduled for June-July.

The delegation from China Machinery Company is expected to visit Kostanai to discuss the details and terms of the industrial zone construction, said Mukhambetov. The sides will also sign a trilateral agreement among the Chinese company, regional akimat and SaryarkaAvtoProm to launch the project. A license agreement on industrial assembly, as well as an export contract between SaryarkaAvtoProm and IVECO Russia to deliver the first Daily to Russia, will be also inked.

“Kostanai automobile enterprises will produce Peugeot and JAC vehicles. The combiners’ assembly will be increased by 35 percent. Taking into account the results of the current year, the industrial production volume index is expected to reach 100.6 percent,” said the region head.

Mukhambetov also recalled other projects, such as those with Russian businessmen to construct ceramic tile factories and covered greenhouse complexes, as well as to develop the printing industry. Preliminary agreements to construct hot briquetted iron plants and complexes to liquefy natural gas on Kazakh territory have been reached with Chinese partners. Another project on the cultivating, deep processing and sale of flax and other crops is currently under development.