Golovkin: Match against Alvarez Might Take Place in September 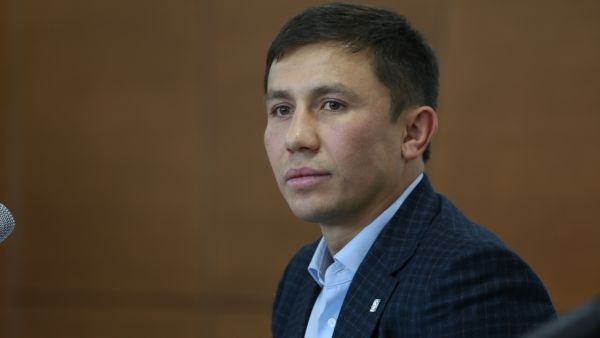 ASTANA – During a recent press conference in Astana, Gennady Golovkin named Mexican Saul Alvarez as a potential opponent this year.

“I think that the fight against Alvarez is realistic this year, around September, so let’s wait for September,” Golovkin said.

He also told the local media that there are dozens of opponents he might face, but most of them are unknown to him.

“There is a lot of information on the Internet but it is not always reliable. My main goal is to unite all belts in the middleweight category and I am on my way to this goal,” he said.

According to local media, Matvei Korobov, already defeated by Golovkin in an amateur encounter, wants a rematch with the Kazakh boxer.

“To plan and to wish for are absolutely different things,” he said. “I think many boxers want to fight me. But it’s good to hear that Matvei is in good shape, and it’s good that he wants to [fight me].”

Golovkin also noted that Kazakhstan has the best national boxing federation out of all the members of the International Boxing Association (AIBA).

“Our boxers have a chance to achieve high results because the Kazakh Boxing Federation, headed by Timur Kulibayev, is doing a lot for the development of this sport. At the moment, I think our federation is the best in the world.”

“I always said that I feel the support of Kazakhstan, of my fans, I am sincerely grateful,” Golovkin replied to the joke that to watch his fights the whole country wakes upearly on the weekends due to the time difference.

“I would wake up early myself to watch [fights],” he said.