By Julia Rutz in International on 9 February 2016 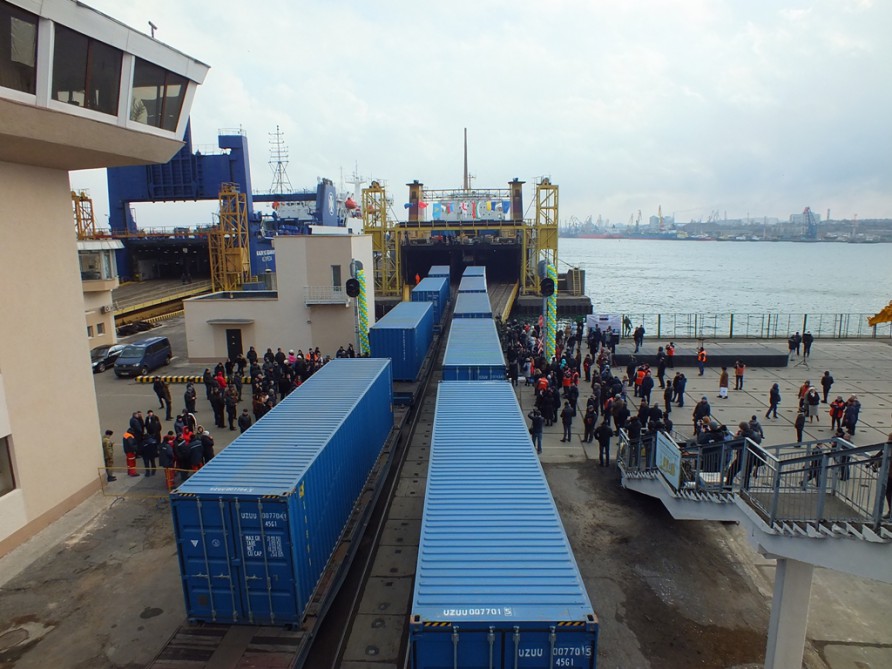 The train, which consists of 20 containers, operates in the framework of the Trans-Caspian International Transport Route and connects three major ports on the Black and Caspian seas: Ilyichevsk (Ukraine), Batumi (Georgia), Alyat (Azerbaijan) and Aktau (Kazakhstan).

On the Kazakh territory, the train will pass the new railway line Zhezkazgan-Beineu-Saksaulskaya-Dostyk.

The KTZ Express, a subsidiary of Kazakhstan Temir Zholy, stopped the train at the Zhanaarka station. In accordance with the Law on Railway Transport, the shipping payments should be made by the shipper and forwarding agent in advance, before the departure of goods. In this regard, the train stayed in Zhanaarka for two days and only after appropriate payments were transferred, the container train departed. On Jan. 31, the train reached Dostyk, the last station in Kazakhstan.

The protocol on setting competitive preferential tariffs for cargo traffic was signed between Kazakhstan, Ukraine, Georgia and Azerbaijan on Jan. 14. The next day, the train departed from the Ukrainian port and reached its final destination in China on Feb. 2. It is planned to start a full-scale exploitation of the transport route in March 2016.

“We will probably meet in Baku by the end of February to sign the final protocol to coordinate all technical problems and minor uncertainties, so that I expect the start of regular transportation already in March this year,” said Minister of Infrastructure of Ukraine Andrey Pivovarsky.

The national carrier Kazakhstan Temir Zholy participates in the transport project in compliance with the existing rules of Kazakh legislation. The Trans-Caspian international transport route runs through China, Kazakhstan, Azerbaijan, Georgia, Turkey and then goes to Europe.