EXPO 2017 is a ‘Dialogue of the International Community,’ Says BIE Chief

ASTANA – EXPO 2017 preparations are well on track in terms of construction of facilities, lining up participation and removing hurdles for travel, while the event’s success will also to a great extent depend on the media coverage it will receive, international and Kazakh officials said.

Bureau of International Exhibitions (BIE) Secretary-General Vicente Loscertales at the briefing on Feb. 25

They talked about the outcome of the Feb. 24-25 international participants meeting (IPM), as well as answered questions relating to plans for their countries’ pavilions, expected number of tourists and simplification of visa regimes.

Loscertales opened the briefing by noting the visit enabled him to see the exhibition construction site and observe the work of the expo team and different aspects of preparation. The effort impressed him, as construction is ahead of schedule.

“During the meeting, [IPM] organisers and participants have had the possibility to exchange and receive information. In these two days, we have gone through all topics. I think all the necessary information has been given to the participating countries,” he added.

He also mentioned that 75 countries and 14 international organisations have already confirmed their involvement in the event. The organisers expect more countries to join soon.

Yerenov noted the countries from the list of top renewable energy producers, such as China, France, Germany, Britain, India, Italy, Spain, Switzerland and others, have confirmed their presence.

“Now we are actively negotiating with Belgium, Sweden, Finland, Denmark and the United States on their possible participation in the event,” he added.

Yerenov also talked about the agreement signed with China in December to simplify the visa process. In connection with the expo, Winter Universiade and the fact 2017 is the Year of Chinese Tourism in Kazakhstan, the country is expecting a big flow of tourists from China.

“Kazakhstan has also waived visas for [short-term visits for citizens of] 20 developed countries, such as Australia, Belgium, Italy and others. In 2017, the visa-free regime will be introduced for the countries of the Organisation for Economic Co-operation and Development (OECD) and the United Arab Emirates, Singapore, Malaysia and Monaco. Separate regimes will be used for the countries that participate in the expo,” he said.

Wang indicated China will be actively engaged in the upcoming event and talked about his country’s work and success on the issue of renewable energy.

“On that platform, we will exhibit what we have achieved and what we have and we want to share it with the hosting country Kazakhstan and other participating countries,” he said.

China is restructuring its economy, and sustainable development and green technologies will be one of the key areas, he added.

Talking about tourists, Wang said promotional events in China have been discussed with the organising committee. The IPM talks noted 15 percent of visitors will be foreign tourists, and he noted about 75,000 Chinese tourists will visit the exhibition. 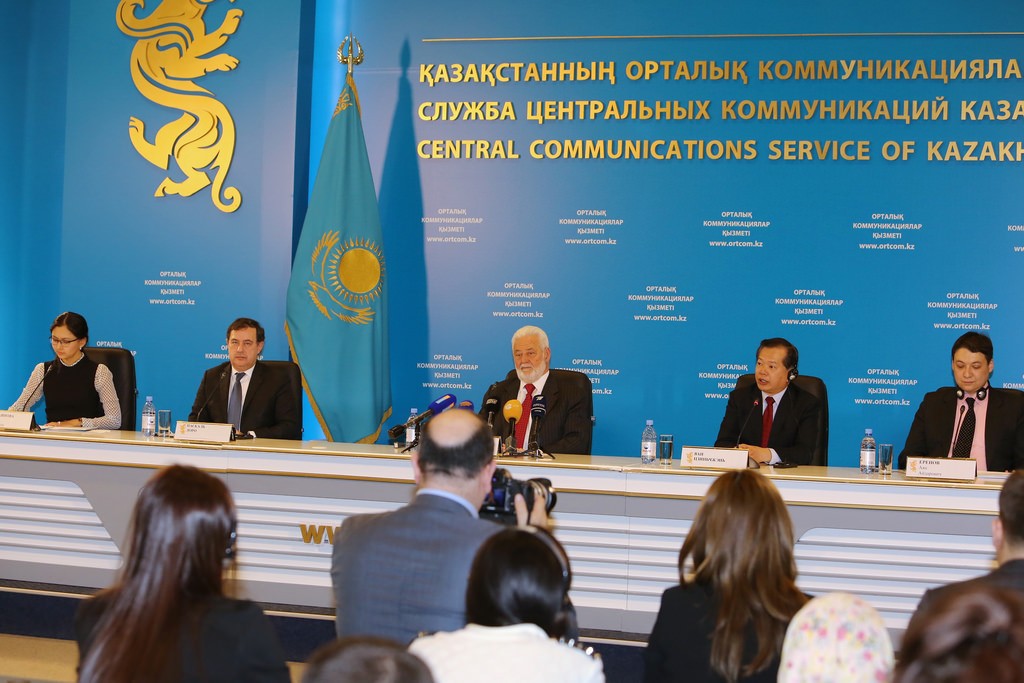 Lorot of France noted the upcoming event has importance for his country. He pointed to the high level of preparation, adding he is confident EXPO 2017 will have great success, taking into account the quality of work and high level of the team involved in itspreparation.

“The country has a broad vision towards this question. France hosted the COP21, also known as the 2015 Paris Climate Conference, which had many positive outcomes. Obviously, France will strive to share its experience regarding climate change, efficient energy use and latest technological advances in renewable energy in its pavilion at EXPO 2017.”

“It would be a very significant event that would bring together world experts full of different amazing ideas and visions for future energy. Kazakhstan will become the centre of the world. The event is supposed to be a platform for the development of cooperation, technologies and networks. The world will focus its attention on Kazakhstan. EU (European Union) partners are willing to support the media of Kazakhstan,” he added.

The role of the media was actively discussed at the briefing.

“Kazakhstan is a great country with stunning nature and beautiful, vast landscapes. Media shall open Kazakhstan as an amazing tourist destination for the whole world. We are ready to assist our Kazakh partners in this challenge,” said Lorot.

Loscertales noted he thinks the expo is a vast communication exercise to answer the question posed by Dr. Sam Hancock of Emerald Planet TV. The network’s president and executive director asked what international media can do to help.

“Because you are really bringing the best of the world as far as green energy and future energy to Kazakhstan, what would you suggest that we can do?” asked Hancock.