ASTANA – Kazakhstan’s Ministry of Culture and Sports and British company Superb Films have agreed to cooperate in the field of culture and film arts, according to a Feb. 8 report by Kazpravda.kz with reference to the ministry’s press service. 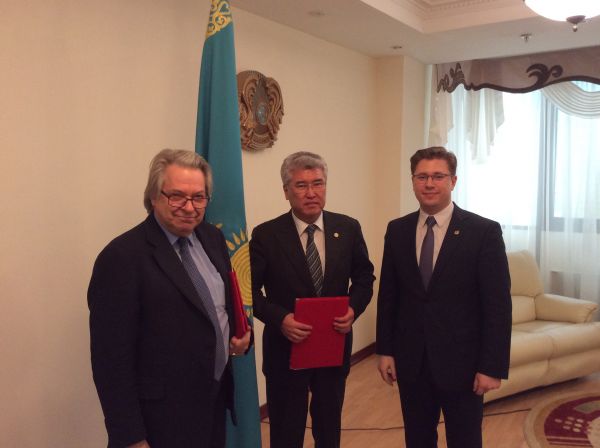 “Agreements were signed for 2016-2017 in arranging the ‘We will rock you’ musical and filming arrangements of the ‘Genghis Khan’ feature film on Kazakhstan’s territory, as well as two documentary films about Jesus, as part of strengthening inter-confessional relations,” noted the message.

When signing the documents, the parties expressed an opinion that the ties are an important channel of deep mutual understanding and cultural exchange between the countries.

“We understand the importance of culture, arts and film production for the social and economic development of our state and implementing the 100 concrete steps Plan of the Nation,” noted Minister of Culture and Sports Arystanbek Mukhamediuly. “Showing willingness to an equal and beneficial partnership, we will be promoting and supporting cultural cooperation between Kazakhstan and the United Kingdom.”

Mukhamediuly and Superb Films head Kent Walwin also discussed distributing the film in Kazakhstan and abroad. A British film producer who has backed more than 100 movies in his career, he became interested in Kazakh cinematography a while ago. He visited Kazakhstan several times and making historic feature films is among his upcoming plans.

“One of the films I would want to shoot is a historic type of feature film about Genghis Khan,” said Walwin. “According to the film’s plot, young Genghis Khan meets knights and crusaders from Western Europe and this story presumably occurred on the territory of modern Kazakhstan.” 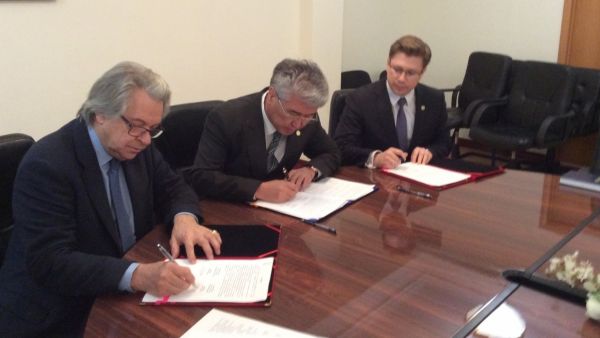 During an extended board meeting in the capital, Mukhamediuly said the Mangilik El comprehensive plan was adopted under the 100 steps Plan of the Nation to create a series of large-scale television and film projects whose tasks include popularising the country’s unique cultural heritage, according to a Jan. 28 article on the film website Brod.kz.

“Now, work is underway on developing and promoting domestic cinematography,” said the minister, noted the website. “Mangilik El, the comprehensive plan on creating large-scale television and film projects adopted for 2015 and 2020, will allow us to tell about the best examples of Kazakhstan’s cultural heritage, events and personalities.”

Mukhamediuly added developments are being arranged to attract investments to pool Kazakhfilm studio and private companies’ resources, including foreign investments, under a 50/50, co-financing scheme, noted Brod.kz.