By Kamila Zhumabayeva in Culture on 23 February 2016

ASTANA – The Astana Opera Theatre will release an anthology of symphonic music by Kazakh composers of the 20th century to celebrate the 25th anniversary of Kazakhstan’s independence. 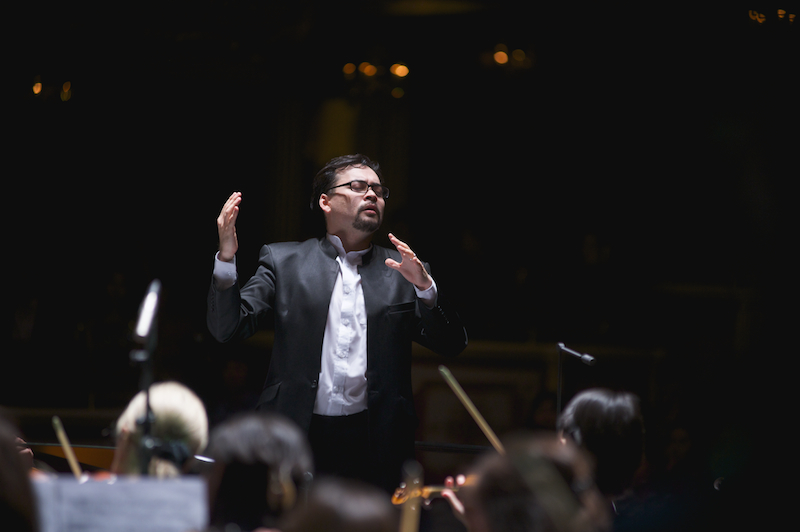 The management noted that the theatre dedicates the symphonic music anthology to Kazakhstan’s independence through which national awareness, interest in the past, national music and culture was revived.

“We have to carry out a very big analytical work that aims to gather and preserve symphonic musical legacy for future generations,” noted Musicologist Marzhan Zhakenova, according to a Feb. 10 Kazinform report. “Unfortunately, some of the compositions are not being played, others, kept on vinyl records for example, have lost their quality.”

According to the theatre’s press service, the rich musical culture of Kazakhstan accumulated a treasury of genius works. Outstanding works of 20th century Kazakh composers will be presented in the anthology.

It is planned that the third millennium generation will be handed a unique anthology that will become a part of the world musical heritage. It will include high quality CD-discs, musical scores, abstracts in three languages for each composition.

“We set ourselves the task to perform and record these compositions, but there is also preliminary work like finding notes (making an adjustment) and full reprinting of music material if necessary. And only later compositions will be performed on this basis by the Astana Opera symphonic orchestra under the direction of renowned conductor Alan Buribayev,” Zhakenova stressed.

The theatre’s creative team and symphonic orchestra under the direction of Buribayev will carry out the project, while project organisers will also collaborate with experts and scholars.

The theatre’s musicologists will have to work together with musical educational institutions, libraries and Almaty and Astana archives; in addition, they will need to seek information from private individuals and relatives of prominent composers.

Organisers are currently putting together the lists of composers and compositions that will be included in the collection.