ASTANA – The government administrations and a number of district manufacturers from the Kostanai, Pavlodar and Karaganda regions signed memorandums of cooperation with the Astana EXPO 2017 national company on Dec. 28 to participate in the national effort to host the international exposition EXPO 2017 from June 10 to Sept. 10, 2017 in Astana. The agreements mean almost all regions in Kazakhstan will be involved in the construction of EXPO 2017. 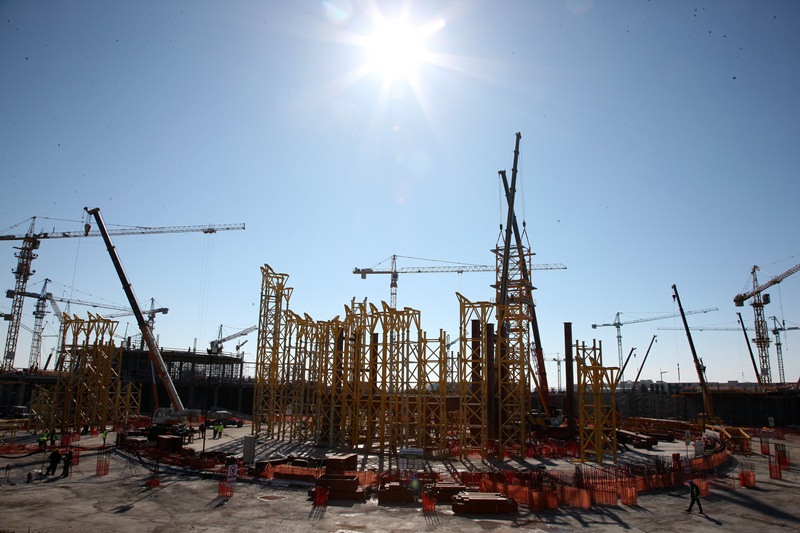 “Today, we signed memorandums on cooperation with the regions. Thus, we implemented the instruction of President Nursultan Nazarbayev to attract domestic enterprises in the construction of EXPO. As a result, new jobs will be created in every region of the country. In total, in the framework of memorandums, 232 contracts were signed. The deliverables were established for more than 32 billion tenge (US$89.6 million). Also, domestic businesses will perform works and render services worth more than 15 billion tenge (US$42 million),” Chairman of the Astana EXPO 2017 company Akhmetzhan Yessimov said.

As part of the preparations for EXPO 2017, Astana’s Office for Language Development has organised English courses for healthcare workers, where 260 people have now been enrolled. The programme started in April 2015.

Last year, the Astana Akimat (city administration) jointly with the Astana EXPO 2017 national company developed a plan to provide medical care for guests and participants of the upcoming exhibition.

Also, during EXPO 2017, primary health care organisations of the city will organise around-the-clock posts of healthcare workers at the locations where the guests stay. In emergencies, patients will be taken to city hospitals. Each hospital will be provided with 30-50 additional beds during the three-month event.