Over $600 Million Allocated for Crisis Management Measures in 2016

By Kamila Zhumabayeva in Business on 22 January 2016

ASTANA – As a backup for implementing crisis management measures for 2016, 225.5 billion tenge (US$624 million) has been allocated by the government, First Deputy Prime Minister Bakytzhan Sagintayev announced during a press conference at the Central Communications Service, Kazpravda.kz reported Jan. 15. 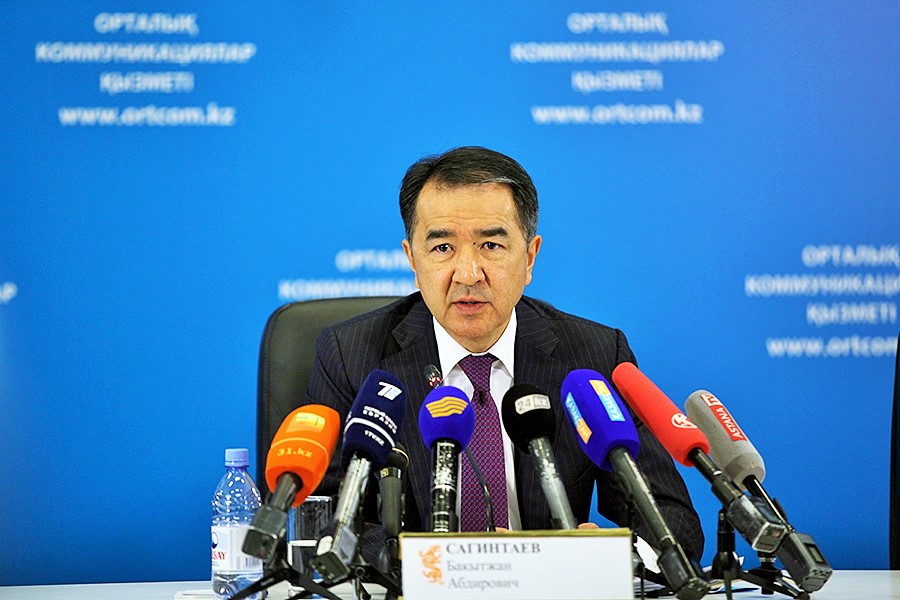 “I would like to note that a 225.5 billion tenge (US$585.3 million) special reserve intended to finance operative crisis management measures and realise additional tasks is allocated in the national budget for 2016. The funds will be aimed at employment support, additional funding for the Nurly Zhol programme and other activities,” Sagintayev stated, according to the newspaper. “2016, which from the first days gave us unpleasant surprises, has begun. Oil prices continue to fall breaking through the psychological mark of $30 per barrel recently,” he noted. “Markets are falling not only in South East Asia and China, but basic rates are also declining by setting falling records in the United States.”

According to Sagintayev, the government adopted a plan of action in December to ensure economic and social stability. The plan included systematic measures on basic units of financial sector stabilisation, the increased crediting of the economy, privatisation, competition development, the increased efficiency of existing measures, governmental support as well as the formation of governmental policy with emphasis on resolving employment problems, Kazpravda.kz reported.

“Considering an impetuous drop in oil prices and volatility in global markets, the head of state instructed to develop possible scenarios for Kazakhstan’s development at various international oil prices, down to $20 per barrel. These will be discussed Jan. 19 at the meeting on economic policy under the government,” he said.

Sagintayev stressed that the government may have to make tough decisions on budget and other issues.

“There will be an audit of expenditures; inefficient directions of finance will be identified. Moreover, all expenditures on social sectors and the Nurly Zhol development programme will be preserved,” the speaker assured.

The country’s Minister of Energy Vladimir Shkolnik announced Jan. 15 that oil extraction in Kazakhstan will amount to 77 million tonnes in 2016, the Novosti Kazakhstan information agency reported.

The decline of oil extracting to 77 million tonnes will occur considering the depletion of oil deposits.

“According to the plan of oil extraction in 2015, we extracted 79,460,000 tonnes; our oil workers exceeded the plan a little. Considering the fact that the water cut of deposits that are being depleted is growing, we plan to extract 77 million tonnes this year,” Shkolnik said at the press conference.

According to him, measures are being taken to accomplish this figure to the maximum and increase it.

“We will launch the Kashagan project this year and it will begin to contribute to an overall production plan starting next year,” the minister continued with his statement.

According to his estimates, the Kashagan project will initially come to an extraction volume of seven million tonnes, up to 11 million in a year and to 13 million tonnes thereafter, Novosti Kazakhstan reported.

“Therefore, we are expecting, planning and preparing for a slight dip on oil production this year, we are starting to eliminate this dip starting next year; extraction will grow thereafter,” Shkolnik concluded.

The resumption of oil extraction at Kashagan is planned for the end of 2016.