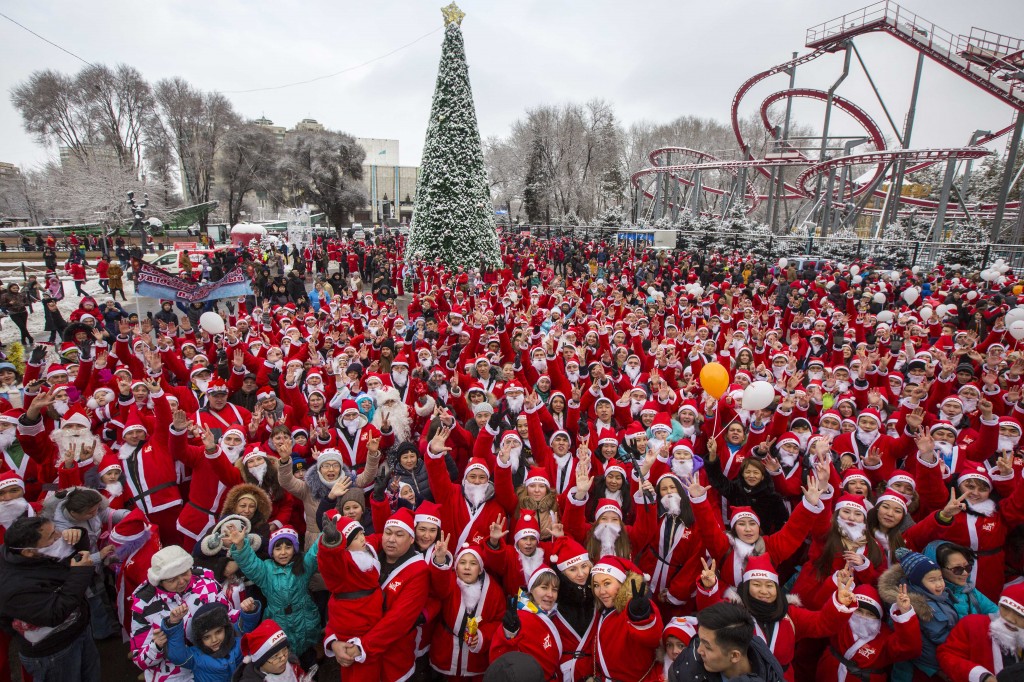 ASTANA – A large parade of people dressed as Ded Moroz or Ayaz Ata in Kazakh (character similar to Father Christmas or Santa Claus) was held in Almaty on Dec. 27. Nearly 2,000 participants in costumes walked the central streets of the city and congratulated residents and visitors on the upcoming New Year, reported Kazinform.

“Generally, this tradition is more than one hundred years old. The first such parade was held in 1905. For Almaty, it is the third one. By the way, participants did not have to have their own costumes. Organisers registered everyone who wanted [one] and gave them costumes. But many Santas came in their own New Year outfits,” said Project Organiser Yegor Sviridov, according to Nur.kz.

Anyone could participate in the parade; this year people aged from 2 to 50 shared the experience. The distance was almost four kilometres, so some Santa Clauses even rode bikes.

“The parade was wonderful, all the participants were satisfied. This year’s parade was the biggest among the ones in recent years. This is the third parade in Almaty. Last year the number of participants was about 1,000. One woman even came from the region to take part in our parade,” said Sviridov, according to Zakon.kz.

The event finished with a flash mob, a contest for the best costume and a presents giveaway to the participants.

Kazakhstan’s big cities, such as Shymkent and Karaganda, also decided to support the tradition and organised parades on their streets.

The Santa Claus parades came from Western countries, where they are traditionally held to celebrate the official opening of the Christmas season. Here they were adapted to the New Year. Today, one of the biggest parades is the famous Toronto Santa Claus Parade, which was the first back in 1905.