By Malika Orazgaliyeva in Nation on 13 January 2016 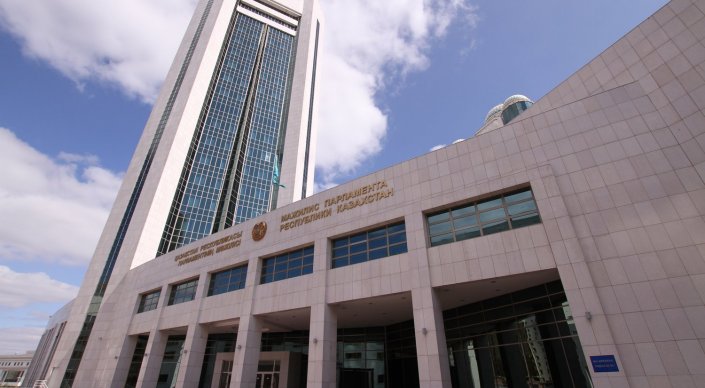 “We initiate the termination of powers of the deputies of the Mazhilis of the fifth convocation and the setting of new parliamentary election,” Deputy Vladislav Kosarev of the Communist People’s Party said at a special briefing held for reporters in the Mazhilis in the early hours of Jan. 13. This appeal received the support from deputies of all three party groups in the Mazhilis, including the ruling Nur Otan patry and the pro-business Ak Zhol party. In addition, the deputies called on Nazarbayev to issue a decree on holding elections.

“Firstly, the current Mazhilis fulfilled its historic mission to create the legal framework for the Plan of the Nation. Parliament passed about 80 laws on each of the five institutional reforms of the President, as well as elaborated roadmaps on its implementation,” Kosarev added as he explained the reasons for the appeal. “At the moment, we are entering a new historical period, when modernisation of the country begins and political realisation of the reforms is crucial in all areas. That is why, receiving a new mandate of trust from the voters is important.”

At the plenary session on the same day, the deputies of the Mazhilis approved the appeal to the President and unanimously voted for the initiative. A total of 103 deputies present during the vote voted.

Currently, there are 107 deputies in the lower chamber, of whom 98 are elected by popular vote. Nine members are delegated to the Mazhilis from the Assembly of People of Kazakhstan, a body bringing together representatives of all ethnic groups in the country since 1995.

The previous parliamentary election took place in January 2012 with seven parties competing for the seats for the five year term. Only three parties cleared the legally defined threshold of seven percent of the popular vote. Under law, the next election is supposed to take place no later than November 2016 so that by January 2017 a new convocation of the Mazhilis assumes its mandate.

It now remains to be seen if President Nursultan Nazarbayev accepts the legally valid request from the Mazhilis to dismiss the chamber and set the vote early.