By Malika Orazgaliyeva in International on 26 January 2016

The Organisation of Islamic Cooperation (OIC) held an emergency meeting of its Council of Foreign Ministers (CFM) to discuss the effects of protestors breaking into the Saudi Embassy in Tehran and Saudi Consulate General in Mashhad. The meeting, called by Saudi Arabia, took place Jan. 21 at the OIC headquarters in Jeddah, reported the organisation website. 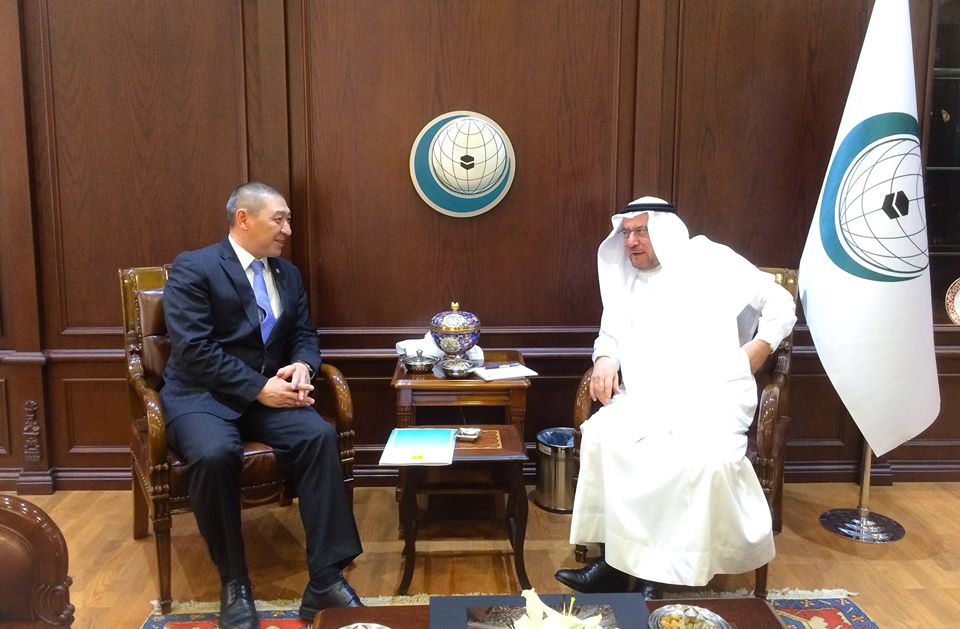 Deputy Foreign Minister Askar Mussinov represented Kazakhstan at the meeting, according to the Ministry. In his speech, he noted increasing tensions between Saudi Arabia and Iran, the two leading states of the region, will have a negative effect on security and stability in the Middle East, Africa and Central Asia, as well as other parts of the world. He called on the conflicting sides and other countries to take the necessary measures to prevent further escalation of interfaith tensions, build a political dialogue between the two countries and ensure agreement and the resumption of diplomatic relations.

Mussinov stressed attacks on foreign diplomatic missions are unacceptable and it is the duty of the host countries to ensure security in accordance with the provisions of the 1961 Vienna Convention on Diplomatic Relations.

The Foreign Minister also spoke about the need to strengthen the fight against terrorism and extremism, as well as urged the participants to support President Nursultan Nazarbayev’s initiative announced in September at the United Nations (UN) General Assembly. That initiative centred on establishing a unified global network to counter international terrorism and extremism under the auspices of the UN, as well as developing and adopting a comprehensive UN document on the fight against terrorism.

Following the meeting, Mussinov held a number of bilateral meetings, including with OIC Secretary General Iyad Ameen Madani and the delegation heads of Bahrain, Cameroon, Côte d’Ivoire, Iran, Malaysia, Qatar, Saudi Arabia, Turkey, the United Arab Emirates (UAE) and others. The sides discussed ways to develop bilateral relations in various spheres and exchanged views on international issues and cooperation in the framework of international organisations, including the candidacy of Kazakhstan for the position of a non-permanent member of the UN Security Council for 2017-18.

Mussinov invited the OIC member states to participate in the inaugural session of the Islamic Organisation for Food Safety (IOFS) general assembly and the seventh OIC Agriculture Ministers conference scheduled for April 28 in Astana.

The CFM met on the eve of the eighth OIC summit, which is planned to take place in April in Istanbul, as well as the OIC Extraordinary Summit on the Palestinian problem planned for March in Indonesia.

Formerly known as the Organisation of the Islamic Conference, the OIC is the second largest inter-governmental organisation after the UN, with a membership of 57 states spanning four continents. The organisation is the collective voice of the Muslim world working to safeguard and protect its interests in the spirit of promoting international peace and harmony among various people throughout the globe. The OIC was established at a historical summit in Rabat, Morocco on Sept. 25, 1969 following the arson of Al-Aqsa Mosque in occupied Jerusalem, according to its website.