The Development Bank of Kazakhstan (DBK), a subsidiary of JSC “Baiterek National Holding, closed the year in the black and with an increased rate in the industrial projects portfolio. In 2016, the DBK is expecting fundamental changes in the credit process. Why should the leading bank of the county’s new industrialisation change? Kazakhstanskaya Pravda spoke about this with DBK Chairman of the Board Bolat Zhamishev. 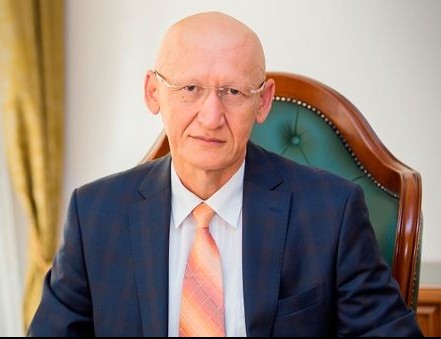 DBK Chairman of the Board Bolat Zhamishev

I’d like to start the conversation with a somewhat traditional question at the change of the year. What were the results of the bank’s work in the year which was difficult for the country’s financial system?

The most important result is that we managed to maintain a break-even condition despite the exchange rate, shocks and reduction of economic activity in all economy sectors. I would like to note that in accordance with the strategy of the DBK we do not aim to maximize profit, as we capitalise projects with low cost-efficiency and we also need to prevent losses.

In order to reach a positive financial outcome, a major effort on cooperation was done with borrowers; namely, on projects which are sensitive to exchange rate fluctuations, debt restructuring was carried out. We substituted other projects funded in foreign currency by cheaper funding sources. Such measures allowed us to restrain the quality of our loan portfolio, as the ratio of non-profitable loans following the results of the year will not exceed 4 percent.

In general the bank meets the key strategic targets of its activity, whilst is even ahead of schedule by some others. Particularly, by the end of the period from January-November loan portfolio rates had exceeded 1.3 trillion tenge (US$3.5 billion), while the amount of 963 billion tenge (US$2.6 billion) was planned to reach for the whole year.

Let’s talk in more detail about the projects funded by the bank since the beginning of 2015. How do they affect the society and economy of the country as a whole?

I would like to underline the fact that, compared to the previous year, there was a dynamic, significant growth of the approval of credit requests. Since the beginning of 2015, the decision of funding 17 investment projects and export operations (eight in 2014) of loans amounting more than 250 billion tenge (US$667 million), as well as 10 leasing deals (six in 2014) amounting to 9 billion tenge (US$24 million), had been made. The sectoral structure of approved projects included the metal industry, petroleum refining and petrochemical industry, mechanical engineering, food industry, building industry and transport was expanded. The following capital intense projects important for the development of the branches of the economy will be or have already been funded:

– capacity addition of the production of nitrogen fertilisers in Mangistau region (KazAzot LLP);

As to the social and economic effect from the realisation of these projects, this entails not only employment creation but also import substitution and export development of high value-added products, which is particularly significant in terms of the present weak raw material prices condition. For instance, the capacity expansion of KazAzot LLP’s fertiliser production by one third (up to 400,000 tonnes) will not only allow reducing import of this production to Kazakhstan (up to half of the needs of the country in nitrogen fertilisers is satisfied by the import), but also expand exports to Russia, the Baltic and Central Asian states. The start-up of production of motor fuel at Condensate LLP’s facilities of up to 200,000 tonnes will reduce the import of Russian high-octane petrol in the western region of the country.

The government allocated significant funds aimed at supporting the economy through the development institutions, including the DBK. What will happen to these preferential resources?

We are maintaining high rates of application of funds allocated from the National Fund within the framework of the Nurly Zhol programme and the second five-year industrialisation programme (SPAIID 2). The DBK is the operator of the resources of the National Fund generally amounting to 260 billion tenge (US$693.7 million) aimed at the following:

– 100 billion tenge (US$266.8 million) to the manufacturing industry projects lending through the commercial banks;

– 75 billion tenge (US$200 million) to projects of the second five-year industrialisation plan.

A total of 75 billion tenge (US$200 million) provided for the projects of SPIID 2 thus far had been approved for financing and decisions had been made on the loan proceeds from five projects which amounted to 111 billion (US$296.1 million), including the own funds of the DBK. Under the terms of the SPAIID 2 programme, we shall add our own participation amounting to not less than 150 billion tenge (US$400.2 million) over 75 billion tenge (US$200 million) from the National Fund. As of Dec. 17, 47 billion tenge (US$125.4 million) of the National Fund budget has been utilised. Two of the approved projects (the construction of the Aktobe rail and structural steel plant and the complete railroad wheel production cycle design in Pavlodar) are greenfield projects.

When it comes to lending for major projects in the manufacturing industry through commercial banks, its utilisation deadline within the first tranche ends in June; the second one expires in September of the next year. As there is an aim to accomplish funding of the projects within the programme of inter-bank lending ahead of schedule, today nearly 60 percent of the amounts of both tranches has been utilised, as well as the funding of 63 projects with loans amounting to 58 billion tenge (US$154.7 million) started by the partner banks.

How important is the transformation for the DBK?

In our case, we need to talk about dramatic changes in the working process of the bank from the beginning of 2016. We have already formed the basis for such transformation. What is meant here is the optimisation of key business processes with the reconstruction of the corporate structure of the DBK, which will allow us to significantly raise the efficiency and quality of the decisions concerning investments, as well as to save time and expense for borrowers during bank procedures. With the international consultants we have revealed the weak points of the lending process, namely the need of the more effective initial selection of requests. As a result, it was decided to organise questionnaire surveys during the initial request selection stage, which will substantially be considered as the self-evaluation by the client if he or she is actually in need of applying for credit. We integrate the credit analysis so as the prospective borrower shall have been in need of incurring expenditures on bankability studies, only subsequent to the final stages of project lending when favourable conclusion from the organisation departments involved in lending process will be received.

How financially stable is the bank? Are the stress tests carried out?

Given the current situation, the DBK regularly carries out stress tests modelling different unfavourable situations. At the present time, the bank meets the requirements concerning capital adequacy and debt load. It means that the DBK is definitely financially stable. At the same time, it is necessary to mention the fact that essential devaluation of the national currency certainly affects financial performance of the DBK, as 70 percent of borrowed assets and approximately the same rate of bank liabilities are in foreign currency, while the shareholder’s interest amount is in tenge. With the growth of the exchange rate, we are getting closer to the limits set by the standards. That’s why the actual topic for the DBK is gradual capitalisation, which will allow us to reach the aims of increasing projects and funding allocations within the national programmes. And we are also understood by the government of the Republic of Kazakhstan, as 40 billion tenge (US$106.7 million) will have been dispensed to funds of the bank before the end of the year.

It is planned to separate the Unified Accumulated Pension Fund (UAPF) from the structure of the National Bank and to invite private companies to administer its assets. How may this influence the financial system of the country, in particular the DBK? Are there any risks for the soundness of the pension contributions?

The soundness of pension contributions is guaranteed by the state in accordance with the legislation of the country. The UAPF is the main source of long-term money in Kazakhstan, which is necessary for funding long-term projects. That’s why it is important to develop a full-fledged financial market for the country. Among others, it means that the decision of pension contribution investments was not made administratively from the offices; it was made according to the market principles. If pension contribution investments are on the conditions of the open market, then obviously the DBK will become one of the most attractive allocating funds objects (issuers), considering that the credit rating of the bank is on the same level with the sovereign rating of the country.