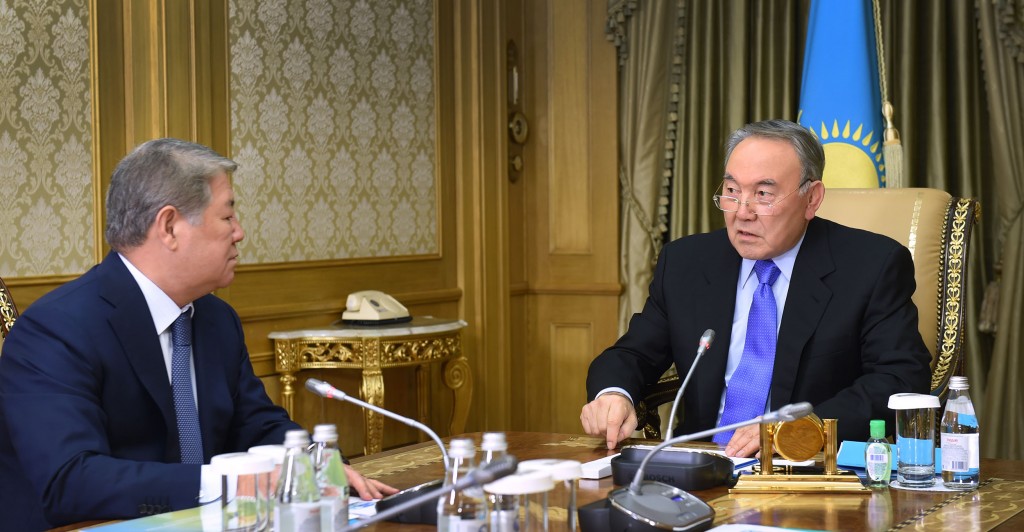 Yessimov indicated 70 countries have already confirmed their participation, while 35 other nations are considering involvement. The number is expected to reach 100 countries as planned in a registration dossier. In addition, large multinational companies are showing a high level of interest in the exposition.

The chairman also noted an additional 53 billion tenge (US$140 million) will be saved in terms of expenditures, which including previous cuts ,totals 131 billion tenge (US$354.2 million). By reducing a number of top managers and optimising the staff by 12 percent, only six of 15 top managerial positions have been left.

Regarding EXPO 2017’s information campaign, Yessimov noted the exhibition staff had the opportunity to promote the event at the recent World Economic Forum 2016 in Davos.

The President’s initiative to establish an International Centre for the Development of Green Technologies and Investment Projects under the UN auspices using the EXPO 2017 infrastructure is becoming popular among other states, he added.

Regarding construction, building materials have been supplied by more than 230 Kazakh companies at a cost of 77 billion tenge (US$203 million). Despite the current tough economic environment, he noted EXPO 2017 is one of the projects that has created new jobs while preserving existing ones. Development is being conducted in accordance with the planned schedule and will be completed this year, followed by the filling pavilions with content. 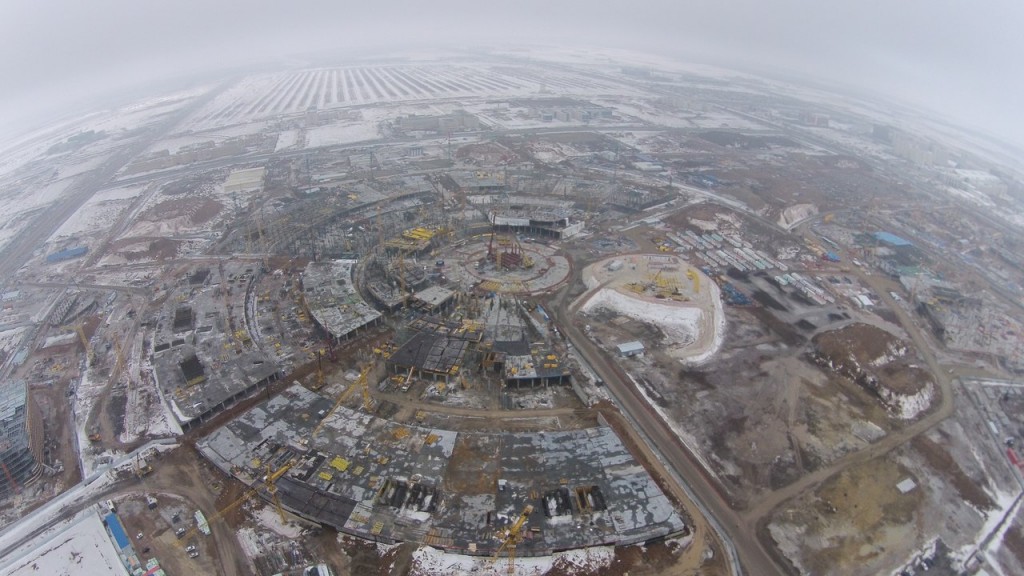 Expo construction site as of March, 2015

Nazarbayev stressed EXPO 2017 has a full schedule in the coming months. In particular, he emphasised the need to finalise the list of exhibitors and determine the informative content of the Kazakh pavilion and similar facilities of the other countries. Nazarbayev reiterated the need to ensure the city’s proper infrastructure for the event and its guests, as well as prepare a cultural programme and encourage volunteers.

The exhibition will have an impact on many areas of life in the capital and the country at large and the task of the state is to ensure the maximum benefit. Given the large influx of tourists, developing the facilities to accommodate them is paramount.

The number of people including Kazakhstan in their vacation plans has been growing each year. According to statistics from the Ministry for Investment and Development, 519,222 tourists came to the country in 2012, increasing to 586,000 in 2013 and 679,018 in 2014.

EXPO 2017 will be important in terms of developing the hotel sector, as the capital is expected to be inundated by visitors. To provide for the anticipated travellers, 38 hotels currently in the design stage will be opened by 2017. These are in addition to the city’s current count of 146 registered hotels with a total of 5,570 rooms.