By Altair Nurbekov in International on 8 December 2015

BELGRADE – The 22nd meeting of the Organisation for Security and Cooperation in Europe (OSCE) Ministerial Council in Belgrade Dec. 3–4 saw the culmination of Serbia’s one-year chairmanship of the international security body. Minister of Foreign Affairs of Kazakhstan Erlan Idrissov headed the country’s delegation to the council meeting. 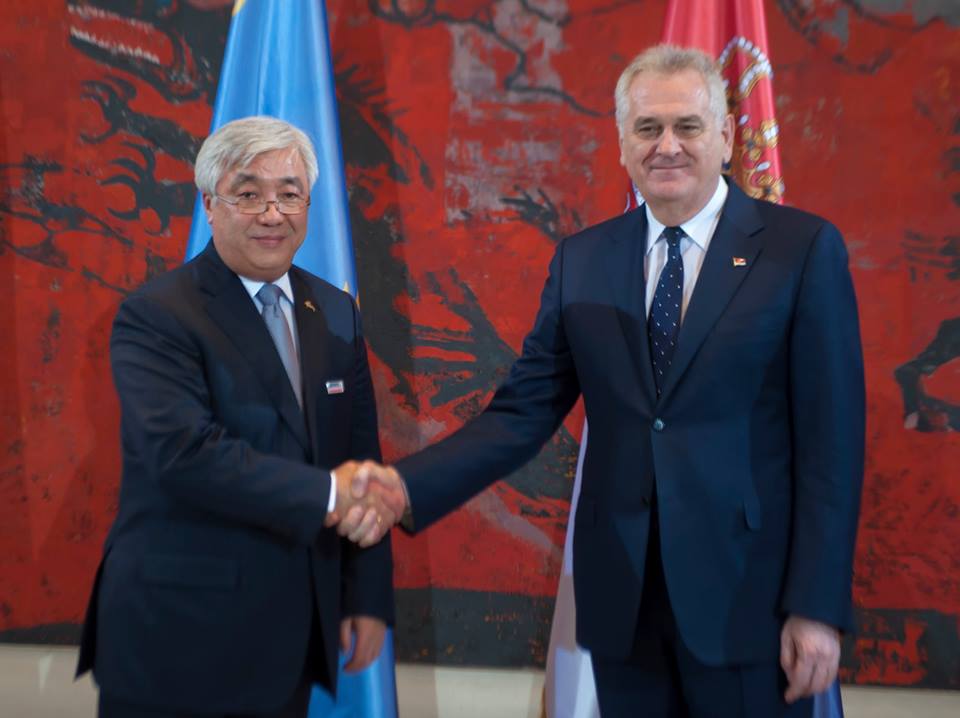 According to the OSCE website, nearly 1,500 officials from the 57 OSCE participating states, including 40 foreign ministers, attended the event, along with representatives from 11 partner countries.

Meeting participants actively exchanged views on strengthening cooperation and ensuring an equal dialogue in the Euro-Atlantic and Eurasian space in light of new challenges and threats. Attention was focused on prospects for resolving the situation in Ukraine, relations between Russia and Turkey in connection with the recent downing of a Russian aircraft, as well as strengthening the OSCE’s capacity to combat terrorism and extremism.

In his opening address, OSCE Chairperson-in-Office and Foreign Minister of Serbia Ivica Dačić said, “There is no doubt that the OSCE’s most important task at this moment is to further de-escalate the crisis in and around Ukraine. As we assumed the chairmanship early this year, the conflict had been in progress, causing many casualties. Meanwhile, the package of measures to implement the Minsk agreements has been signed. Four Working Groups have been established within the Trilateral Contact Group, and talks started on the implementation of the Minsk Package, showing certain results. The mandate of the Special Monitoring Mission was extended by a year; its stable financing ensured and strengthening of its capacities enabled in both technical terms and with regard to human resources.”

During the plenary session, Idrissov noted that the OSCE should prevent the expansion of Daish from the Middle East towards the whole of Eurasia.

“We must not allow worsened relations between Russia and Turkey to put at risk the first feeble signs of mutual understanding and genuine cooperation on the Syrian crisis and in the fight against Daish and other terrorists that we saw in Vienna last month,” he also said.

He also called on his colleagues to support initiatives aimed at combating terrorism voiced by Kazakh President Nursultan Nazarbayev from the rostrum of the UN General Assembly.

“Kazakhstan proposed its vision at the September 2015 UN General Assembly when President Nazarbayev unveiled the idea of establishing an ‘integrated global network to fight international terrorism and extremism under the UN’s aegis.’ The legal framework for this idea might be provided in a comprehensive document [on countering terrorism] adopted by all UN member-states. But the framework of the document could and should be discussed and nurtured on the OSCE platform. Therefore, we encourage our colleagues to study this idea and support it,” he said.

Idrissov emphasised the importance of continuing work on the practical implementation of the Astana Declaration. In his words, the Astana Declaration is more relevant now than ever and has the potential to re-energise the organisation. He also stressed the ability of the OSCE to contribute to creating the framework for a paradigm of mutually beneficial cooperation in Central Asia for all countries, including external actors interested in its security and sustainable development.

“The mission of the OSCE in our part of the world could be to overcome history and push forward a new vision of peaceful win-win coexistence. To empower our newly emerged nations through a set of practical steps, including the unlocking of this land-locked region; encouraging a steady flow of investment to diversify local economies, develop local markets and regional trade, and nurturing a viable middle class as well as strong political engagement and support,” Idrissov said.

The foreign minister also proposed that the OSCE consider supporting Kazakhstan’s initiative to establish in Astana an International Centre of Green Technologies on the grounds of EXPO 2017 after that event. In his words, this centre would have the potential to help transfer OSCE economic and environmental know-how to Central Asia and beyond.

Nikolic praised the dynamical political dialogue between the two countries, including at the highest level, and emphasised Kazakhstan’s impressive economic and social progress since independence.

Possibilities for deepening cooperation between Kazakhstan and the OSCE were discussed at the meeting between Idrissov and OSCE Secretary General Lamberto Zannier, where the interlocutors noted the effective work of the OSCE Programme Office in Astana on implementing joint projects.

With Director of the OSCE Office for Democratic Institutions and Human Rights (ODIHR) Michael Georg Link, Idrissov discussed the status and prospects of cooperation between ODIHR and Kazakhstan.