By Aiman Turebekova in Nation on 17 December 2015

ASTANA ­– On the eve of the 24rd anniversary of Kazakhstan’s independence, President Nursultan Nazarbayev addressed and congratulated the people on the country’s national holiday at the State Opera and Ballet Theatre Astana Opera. 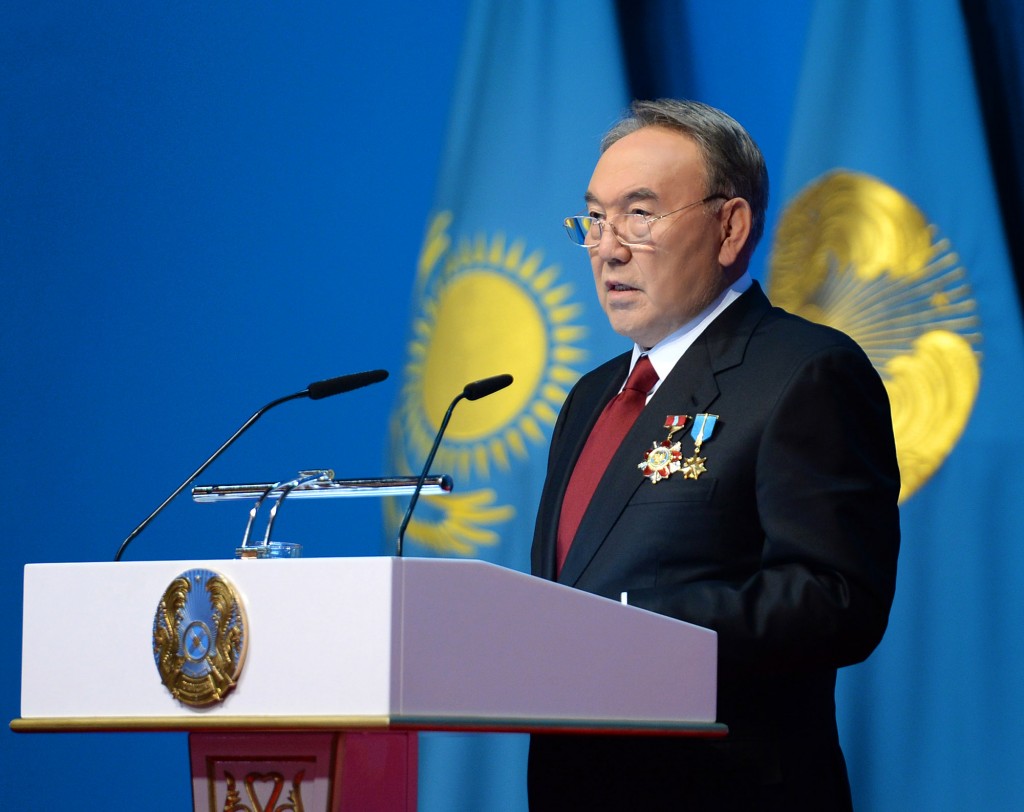 “After witnessing the whole epochs our people had gone through a complex way of development. As renowned philosopher Al-Farabi explained, the state as a human being crosses throughthe two thresholds in its evolution: the first is the birth and the second is the entry into adulthood. Each of these steps is unique and valuable,” said the Kazakh President.

Nazarbayev noted that Kazakhstan, reaching its 24th anniversary, seeks to achieve great goals. “The history is witness to the great struggle of our people, which was demonstrated during the periods of Sakas and Turks, the Kazakh Khanate and the Great Patriotic War. It is our past and our destiny. A cherished goal of our ancestors was independence, which the present generation reached. Therefore, this day is a joyous and important holiday symbolising fulfillment of the dream of generations, because independence and equality, sovereignty and statehood are valuable concepts for everyone,” he stated.

The head of state pointed out that in just 24 years, the country has passed the upgrade process and is respected around the world. He also emphasised that love for the motherland is distinct happiness. “For the motherland, you can go through incredible trials on the way to limitless dreams. Independence is a wave of history, which is held only by possessing a strong spirit and capable mettle,” shared Nazarbayev.

He also noted that nowadays it is common to divide life into before and after the independence periods, and success is in unity and harmony.

“The presidential election in 2015 showed that we have successfully become a united nation. Keeping and strengthening unity and harmony are not easy jobs. It takes wisdom and tact, vision and mutual respect of all citizens of our country. Science says that every ethnic group in the world has at least one unique quality, which means that the population of Kazakhstan has 100 special and unique features. This is an exclusive advantage of our country. Each ethnic group in Kazakhstan is our asset and a great treasure. For 20 years, the Assembly of the People of Kazakhstan has successfully fulfilled the mission as a chief curator of this wealth. Independent Kazakhstan is our large family and our common home,” said the President.

Nazarbayev pointed out that the 21st century has opened to mankind a new dimension of the world economy and politics, information and social space.

“Colossal changes are taking place in the entire architecture of the world. Many problems of the global development have surfaced. Today, 1.2 billion people live in areas of the planet plagued by conflicts and instability,” he noted. “Daily, 42,000 people are forced to leave their homes in search of security. More than 13,000 terrorist attacks have claimed the lives of 33,000 people. We must remember that and value that we live in a completely different set of circumstances – we are building our own stable and dynamic country in peace and security.”

Mentioning the current tensions and the stagnation in the large quarters of the world economy, Nazarbayev said that “despite these challenges, we have retained the positive dynamics of growth of our economy. The second five-year plan of industrial development and the Nurly Zhol programme have been running. In 2015, 120 projects worth 800 billion tenge started to operate, 10,000 permanent job places were created, thousands of square metres of housing were offered for young people and low-income families.”

The President went on to emphasise other significant events in the life of the country over the past year. “Kazakhstan joined the World Trade Organisation. The Eurasian Economic Union began functioning. This year Kazakhstan has entered the list of world’s top 50 exporters, ranking 43rd. We have a growing generation of mobile, literate and creative young people. This year, 500 people graduated from Nazarbayev University, which has become on a par with the world’s leading universities. Together with the IAEA, Kazakhstan established the [low enriched uranium] nuclear fuel bank, located in our country. The third Kazakh cosmonaut Aidyn Aimbetov made the flight into orbit. We have begun the implementation of the Plan of the Nation. It is symbolic that we will start implementing it on the eve of the 25th anniversary of Independence,” said Nazarbayev.

The President noticed that during the years of independence, Kazakhstan has made an incredible leap in its development.

“I was also informed today that Kazakhstan moved 14 positions up in the Human Development Index. It is a great achievement for us,” Nazarbayev emphasised, referring to the new UN Human Development Report ranking Kazakhstan 56th, an improvement from the 70th position a year ago.

“There are no doubts that future generations of Kazakhstan will appreciate and be proud of our accomplishments. They will figure out the examples of wisdom, targeted actions and inflexible resistance to any difficulties,” concluded the head of state.

Kazakhstan marked its Independence Day on Dec. 16 and 17.