By Michelle Witte in International on 8 December 2015

ASTANA – The Enhanced Partnership and Cooperation Agreement (EPCA) negotiated between Kazakhstan and the European Union last year and due to be formally signed in Astana Dec. 21 reflects the growth both parties have experienced, EU Delegation Ambassador to Kazakhstan Traian Hristea says. 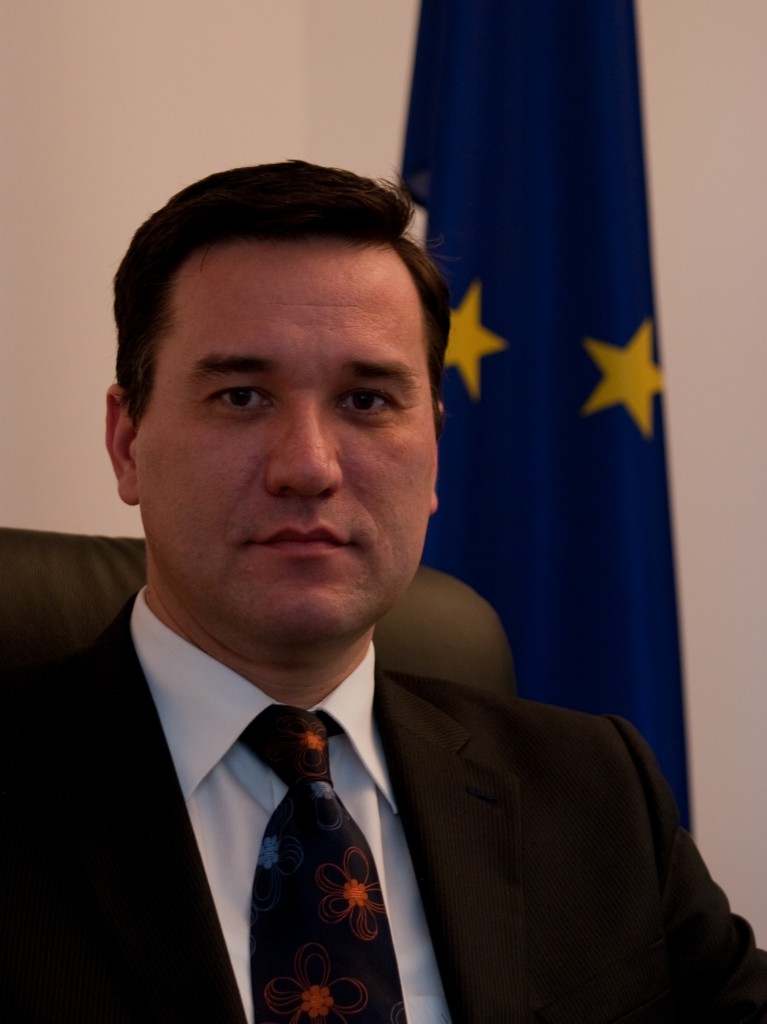 “The EPCA reflects the changes that have happened both in Kazakhstan and the European Union and provides a more stable legal groundwork for a more mature relationship, a more equal partnership,” he told The Astana Times in a Dec. 7 interview.

The new agreement – which builds on 20 years of partnership between the EU and Kazakhstan, the ambassador notes – covers 29 sectoral areas of cooperation. It stipulates significant trade and investment cooperation and will substantially update the opportunities for economic relations and increase the flow of trade, services and investment between the parties, according to the EU. It also includes sectors that were not necessarily present in the previous cooperation agreement, Hristea points out.

The new agreement reflects a common will between the EU and Kazakhstan to develop their partnership, he said, and the Dec. 21 signing, which will be attended by High Representative of the EU for Foreign Affairs and Security Policy and Vice President of the European Commission Federica Mogherini during her first official visit to Kazakhstan, is “highly anticipated” by both sides.

“Kazakhstan has experienced significant political and economic and social changes since the previous partnership and cooperation agreement was signed,” he said. “What I would like to suggest here is that this new agreement will give EU and Kazakhstan’s relations [an updated] bilateral framework, a stronger foundation, because this is more modern, more comprehensive, more dynamic. … And what is the most important is that it will provide a stable legal framework with an important EU partner in times when stability and predictability are much more important than ever.”

The EU is not the only entity with whom Kazakhstan has concluded significant agreements in the last year, of course. The country also joined the Eurasian Economic Union (EAEU), currently encompassing Russia, Belarus, Kazakhstan, Kyrgyzstan and Armenia, and acceded to the World Trade Organisation.

It would not be correct to consider one entity a supporter of cooperation and one a barrier, Hristea explained. “When we negotiated this enhanced agreement with Kazakhstan, of course Kazakhstan determined their own mandates and their own limitations for the [negotiations], and those were based on their own obligations, including those to the [EAEU].” There are trade policy areas that are not regulated in the EAEU, he said, and in those areas Kazakhstan can enhance bilateral trade with the EU or any other entity, following its multi-vector foreign policy.

A lot depends on what happens with the young EAEU and how protected or open the union and its members choose to be. But, “it comes in our raison d’etre, as the EU, to support any regional economic integration as long as it is based on the WTO rules and principles, and also on the sovereign choice of the participation of members in their own mutual economic benefits,” the ambassador said.

The EU will continue to develop bilateral cooperation with the members of the EAEU based on WTO principles and rules. “We don’t see this integration structure as an obstacle to our future enhanced trade and cooperation and I do believe that for us, a good example for this opinion would be exactly this Enhanced Partnership and Cooperation Agreement, because it will show that such improved cooperation will be possible between the EU and a member of the EAEU,” Hristea said.

A second example is Armenia, where Hristea was previously posted. Negotiations between that EAEU member country and the EU on a new agreement have also been launched, demonstrating again that the EAEU is not an obstacle to enhanced EU cooperation with its member countries, he said.

Kazakhstan’s notable growth over its two decades of independence, including rising to an upper-middle income economy and shifting from a recipient country to, as of late last year, a donor of official development aid, is also taken into account by the EU in its implementation of the June 2015 EU Council Conclusions on the EU Strategy for Central Asia, the ambassador said.

Kazakhstan’s development – and the different individual needs of the other countries in the region – were taken into account in what amounts to an update of the 2007 strategy, and a roughly 1 billion euro increase in funding for programmes between 2014 – 2020, the ambassador said. The conclusions reaffirm the existing strategy, focused on strengthening trade and energy links and supporting cooperation in security and stability, including the sustainable management of natural resources. It also emphasises democratisation, respect for human rights and the rule of law and socio-economic development.

A key new element of the strategy are the more flexible formats for cooperation it envisages, which stress taking individual approaches to the different states of the region. Supporting cooperation between the states of Central Asia is also a key aspect of the strategy, and is to be done on three main platforms for regional cooperation: a rule of law platform, an education platform and a water and environmental issues platform. These three issues are at the heart of the EU’s long-term commitment to political stability in the area, Hristea said.

When it comes to Kazakhstan, the ambassador said, it will be important to keep in mind that Kazakhstan, an upper-middle income economy, has graduated from a recipient country to a donor country. Having developed its own official development aid programme, which Hristea calls “a major step,” Kazakhstan is demonstrating its transformation into an important partner of the EU, and one the EU can cooperate with in new ways to promote joint engagement in Central Asia. “Kazakhstan can draw on the experience we have within the EU as the major donor in the world of official development assistance, and we can cooperate together with Kazakhstan in the future and provide assistance throughout the region together, shifting a little bit the focus from bilateral assistance to regionally oriented assistance,” he said.

This doesn’t mean the end of EU engagement in Kazakhstan, however, the ambassador adds. EU assistance projects are ongoing in the country, supporting Kazakhstan’s development goals as outlined in its Plan of the Nation, which is facilitating major reform projects in the country. Among other programmes, the EU has multi-million euro projects underway to help humanise the criminal justice system, to reform the civil service and to support the transition to a green economy. All of these will run through to completion, he said.

As for the new ambassador’s goals – Hristea handed his credentials to Kazakh President Nursultan Nazarbayev in late October – he says ensuring the implementation of the new partnership and the updated strategy are going to be a big enough job. “If the results of the implementation after four years of my mandate will come to be seen by your readers, I think I will have had a successful mandate,” he said.