Kazakhtelecom to Achieve 100 Percent Communication Digitisation by End of 2015

ASTANA – Kazakhtelecom plans to achieve 100 percent communication digitisation by the close of 2015 and support all state initiatives, significantly increasing the number of communications users and quality of services, reported the company’s press service. 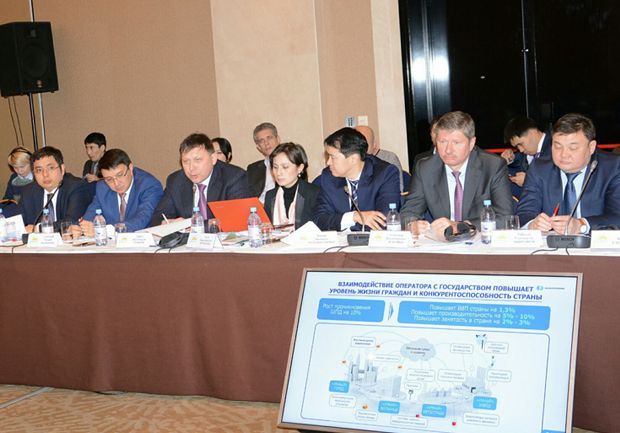 “As of today, we have achieved a 99.7-percent level of communication digitisation. By the end of the year we are going to achieve a 100-percent level of communication digitisation of all telecommunication networks. Our Digital Kazakhstan programme will cover all major scopes of activities of Kazakhstan citizens, including public services, production, tourism, agriculture, trade, municipal services, safety and so on,” said Kazakhtelecom Strategic Management Department Chief Technical Officer Batyr Makhanbetazhiyev at a Dec. 21 joint session of the company and Nur Otan’s Economic Policy Council, according to the press service.

Makhanbetazhiyev noted Digital Kazakhstan can be imagined as a building and its infrastructure as the base, with the programme focused on the new and united infrastructure. He added the Internet consumption model is changing, as more and more Kazakh citizens use mobile Internet.

Kazakhtelecom Chairman Kuanyshbek Esekeyev presented projects targeted at achieving the high priority goals specified in the state-of-the-nation address of the President and discussed the technological readiness of the company to support all state initiatives. He indicated its immediate breakthroughs were possible due to the Orleu development programme.

Both parties highlighted the importance of cooperation between the communications provider and the state and the impact of such cooperation on Kazakhstan’s living standards and competitive ability. Legislative initiatives such as mobile number portability, construction of fiber-optic communication lines in villages and other state actions in the telecommunication field were also discussed.

Kazakhtelecom is the major communications provider in the nation and owns up-to-date infrastructure and facilities. The company implements strategic state projects such as adapting cash registers for small and medium business which send data to tax committees online, various electronic commerce projects, developing a cloud-based environment and services and supporting data centres.