By Georg R. Vassilenko in International on 25 December 2015

ASTANA – Kazakh Foreign Minister Erlan Idrissov recently said ensuring economic development in tough external circumstances, especially in light of the effect on commodity exports, is one of the biggest challenges facing the country. 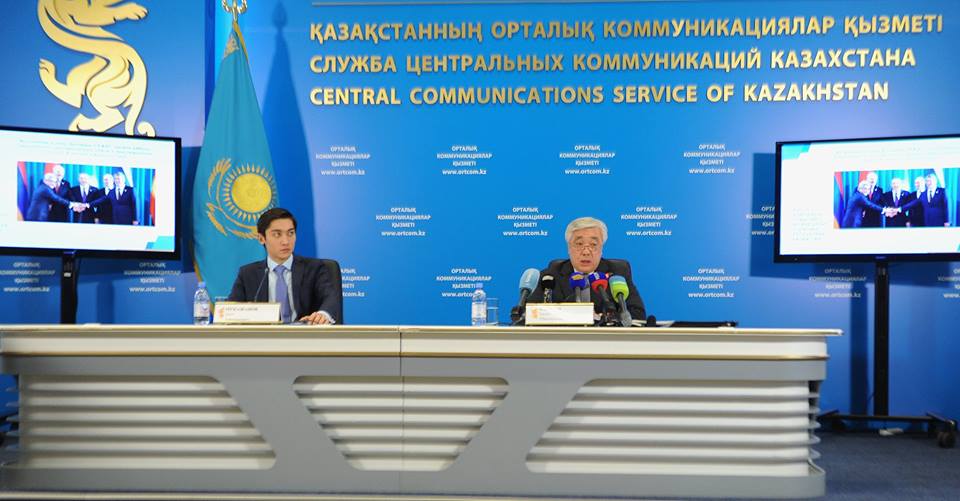 His remarks were made Dec. 23 during the Central Communications Service annual year-end press conference, when he was asked what other demands he would list for 2016.

“The tensions between Russia and the U.S. are also affecting Kazakhstan, since Russia is our ally and partner. We also see various political challenges in Ukraine, Afghanistan, Iran and Syria. The Syrian crisis has an effect on Kazakhstan, because the crisis is one of the main causes of terrorism which is a global threat,” said Idrissov.

Commenting on the role of Central Asia in the modern world and developing interaction among global powers in the region, Idrissov said Kazakhstan and other countries are not “pawns” in a revived “Big Game.”

“I would like to underline that Kazakhstan fully rejects the concept of a ‘Big Game,’” he said. “Kazakhstan sees Eurasia as a space for cooperation. We propose a win-win concept which benefits everyone, where the interests of Eurasia and Central Asia can profit and are not inconflict with each other. This is the essence of the Eurasian concept of the leader of our country. We will stay with this line, which is the foundation of our multi-vector foreign policy.”

Idrissov added the Minsk agreements and their implementation by all partiesare key for the resolution of the conflict in Ukraine.

Asked about planned visits abroad by the head of state in 2016, Idrissov said President Nursultan Nazarbayev has been invited by United States President Barack Obama to visit Washington, D.C. at the end of March to participate in the Nuclear Security Summit. The following month, Kazakh representatives are expected to travel to Turkey for the Organisation of Islamic Cooperation summit.

“I think that in the situation of major fire and instability in the Middle East, the summit will have major significance where serious conversation is to take place about the long-term development and security of the region,” he said.

Additional trips next year include the Shanghai Cooperation Organisation summit in Tashkent, Uzbekistan and meetings within the framework of the Eurasian Economic Union, Commonwealth of Independent States and Collective Security Treaty Organisation. In September, Kyrgyzstan will host the summit of the Council of the Turkic Speaking States.

In addition, China will host the G20 Summit and Idrissov said Nazarbayev had been invited to participate in a similar summit in St. Petersburg during Russia’s chairmanship of the group. 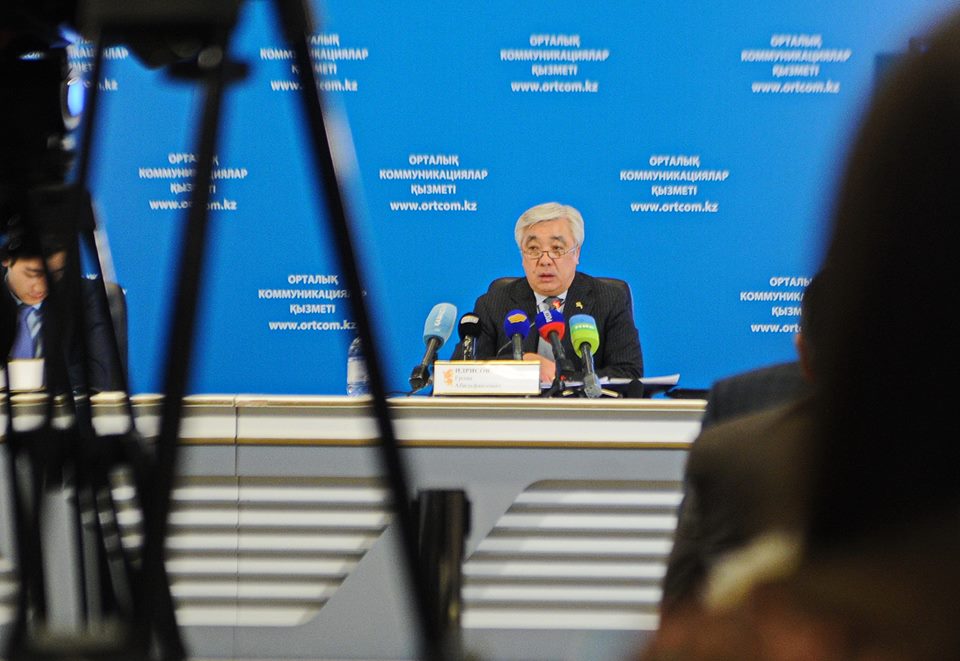 “Kazakhstan’s peacekeepers are well trained, well equipped and ready to participate in the UN peacekeeping operations,” he added.

The minister was also asked if he could recall any curious, light-hearted or confusing situations during his long diplomatic career. He obliged by telling a story of Pope John Paul II’s visit to Kazakhstan in 2001. Following their performance at Eurasian National University in front of him, a troupe of Kazakh dancing girls ran to the Pontiff, who was going to bless them. Overwhelmed with emotion, they kissed him on the cheek.

“The Pope is the spiritual leader, of course, and it is customary to kiss him on his hand, so that situation caused some laughter and smiles in the audience,” said Idrissov. “The Pope did not lose his bearings and showed that he really liked that sign of affection.”

Another account related to Nazarbayev’s visit to Israel, when several hundred people carrying banners gathered in front of King David Hotel in Jerusalem where the President was expected to stay. At first, Israeli security thought their presence was some sort of demonstration and planned to take preventive measures, only to discover they were Israeli citizens who had emigrated from Kazakhstan. They were there to greet the President and thank him for all the great things he had done for them during their life in Kazakhstan.