By Staff Report in Sports on 5 December 2015 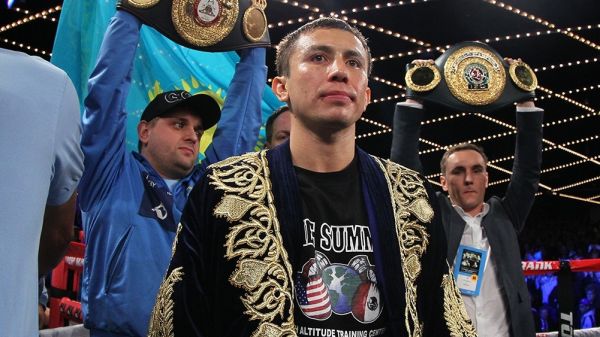 “Now, the 33-year-old citizen of Kazakhstan with 1,128 points is second only to the 25-year-old Mexican Saul ‘Canelo’ Alvarez who has 1,286 points in first place,” the publication notes.

Meanwhile, second-ranked Ukrainian Wladimir Klitschko (970 points) dropped from second to fifth place after a defeat by Briton Tyson Fury while Fury rose from 20th to third place and now has 1,069 points.

Russian Sergey Kovalev has 1,003 points and is in fourth and Filipino Manny Pacquiao has 923 and is in fifth. In seventh place is British Kell Brook at 869 points, eighth is American Keith Thurman at 841, ninth is Cuban Erislandy Lara with 804 and American Timothy Bradley at 794 closes out the top 10.

Prior to the defeat of Klitschko, the Kazakh boxer was ranked third according to Boxrec.