By Aiman Turebekova in Sports on 11 December 2015

ASTANA – A delegation of the International University Sports Federation (FISU) led by the recently elected FISU President Oleg Matytsin paid a working visit to Kazakhstan to learn about preparations for the Winter Universiade 2017, reported the press office of the Organising Committee for International Sports Events in Almaty. 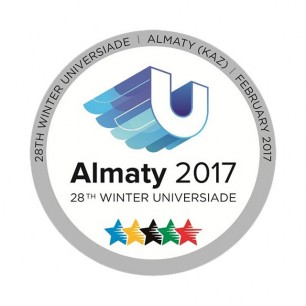 During the visit, the delegation met with Deputy Prime Minister of Kazakhstan Dariga Nazarbayeva, who heads the Organising Committee of the Universiade 2017, and Almaty Akim (Mayor) Bauyrzhan Baibek. Further steps for preparation of the Winter Universiade were discussed.

“Kazakhstan will enter into the history of the International Federation as a country and a reliable partner for organising another large-scale international sports project,” said Matytsin, who also noted the importance of Almaty in the Universiade.

“The lion’s share of the responsibility lies on Almaty, as all the competitions and events will take place in this metropolis. Therefore, the Almaty city akimat plays a significant role in this project. That is why we are focused on cooperation with the akimat and the Organising Committee. We are pleased with the fact that through this sports project the akimat decided to further open up Almaty to the world and to attract foreign companies,” Matytsin stressed. FISU representatives also appreciated the development of Kazakhstan’s sports infrastructure.

“Kazakhstan is actively advancing its sports infrastructure. It is crucial that the President of Kazakhstan, the government and the Almaty city akimat are increasingly focusing on sports and its social component. In this regard, we notice that this is a government programme; it is aimed at youth and assumes the use of sports facilities not only within the framework of the international competitions, but also the use of facilities by the population of the city and the country, particularly by the younger generation,” Matytsin said.

It is worth noting that the FISU leaders expressed confidence that the Universiade in Kazakhstan will become a model for the next Winter Games. “We have been waiting for this event many years since Almaty was selected as the host city in 2011. We hope that this Universiade will set an example for future Winter Universiades of FISU,” stressed Secretary General of the International University Sports Federation Erik Saintrond.

In turn, head of the Directorate of the Universiade in Almaty Asset Abdualiyev noted the dynamics of cooperation with the FISU.
“There is support at the level of the head of the Organising Committee, the akimat and the national federations. We are confident that the Universiade will be not just a competition, but also a sports holiday for all Almaty residents, Kazakhstan residents and foreign guests. After the Universiade, all objects will be available to the citizens,” Abdualiyev said.

In 2014–2015, FISU members paid several visits inspecting preparations for the Universiade. Last year the working meetings with the representatives of the International Technical Committee (CTI) of the FISU and the first FISU official seminar on the preparation for the competition were held. In December 2014, FISU speed skating delegates visited Almaty. In October of this year, CTI FISU delegates visited Almaty for the second inspection of venues.

On Nov. 29, 2011, the FISU announced Almaty as the host city of the 28th Winter Universiade 2017. Meanwhile, Kazakhstan is the first country in the Commonwealth of Independent States to host a Winter Universiade. This major event will take place in the former Kazakh capital from Jan. 28 to Feb. 8, 2017, and it is estimated that more than 2,000 athletes from 55 countries will take part in the competitions in Almaty. In addition, more than 3,000 volunteers have expressed their desire to be involved, including foreigners and local residents. More than 30,000 guests and tourists are expected to arrive. It is believed that the number of television viewers will reach 1 billion people. Broadcasting will be provided in 80 countries.

The total operating budget of the Universiade has been optimised twice and is about 17 billion tenge (US$54.88 million). With the aim of supporting domestic companies, the share of Kazakh content of goods and services related to sport facilities is to comprise more than 50 percent of the total volume of such goods and services.

The 2017 Winter Universiade competitions will include 13 disciplines at eight venues. The 3,000-seat Ice Arena, the 12,000-seat Ice Palace, and an Athletes’ Village for 5,000 athletes are under construction. The construction of these three facilities is almost 60 percent complete. Their commissioning is scheduled for autumn 2016.