By Malika Orazgaliyeva in International on 2 December 2015

“South to the Great Steppe: the travels of Thomas and Lucy Atkinson in Eastern Kazakhstan 1847–52,” a book by award-winning British author and journalist Nick Fielding about a journey through Kazakhstan, was published in London Nov. 27. 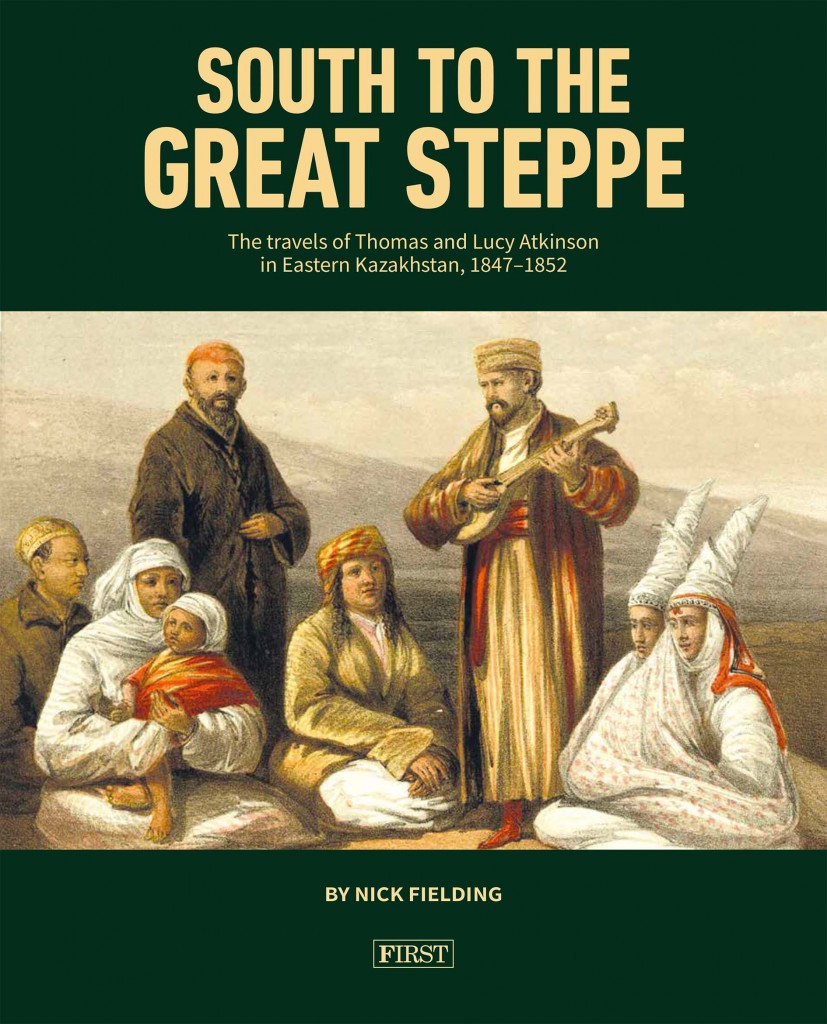 The book describes the journey of Thomas and Lucy Atkinson in the 19th century to the Zhetysu area in eastern Kazakhstan. Thomas Witlam Atkinson was a British traveller who made three journeys to eastern and northern Kazakhstan. His wife, Lucy, accompanied him on his second trip.

The Atkinsons both wrote books about their travels to Kazakhstan. Thomas also created many unique and vivid paintings and drawings, which provide detailed depictions of the way of life of the 19th century steppe nomads. Fielding’s book contains high-quality reproductions of many of these paintings, including views of the Tamchiboulac Spring, the Ak-Su River, kurgans (Turkic burial mounds) surrounding Kapal, the Kora Valley, the Bascan River, the Terek Su and many other notable places in the region.

The Atkinsons travelled hundreds of miles south from Siberia across the Great Steppe on horseback. In September 1848, the couple reached Kapal Village in the Dzhungar Alatau mountain range, where two months later Lucy gave birth to a son. The couple named their child Alatau Tamchiboulac Atkinson, after a famous spring in Kapal.

Fielding, with the support of the Kazakh Geographic Society, followed some of their paths during a visit to Kazakhstan in 2014, visiting sites still seldom seen by Westerners.

“I have travelled extensively and I can say that the Kora Valley is one of the most beautiful places I have ever seen,” he said after the visit. “South to the Great Steppe” provides important insights and background to Kazakhstan’s cultural, historical and geographical identity. It demonstrates long-lasting links and shared history between Kazakhstan and the United Kingdom.

“This book describes an almost forgotten period in the history of the Great Steppe. Thanks to Thomas and Lucy Atkinson, we have a detailed description of the traditional ways of life from people who were eye-witnesses. Hopefully this book will help to bring their achievements to a wider public, both in Kazakhstan and in Great Britain,” Fielding noted.

Fielding spent many years working as a reporter for different newspapers, including The Sunday Times, The Mail on Sunday and The Independent. He wrote two books, one of which, “Masterminds of Terror,” explores the 9/11 attacks on the U.S.

The idea for the book was developed in collaboration with the Embassy of Kazakhstan in London. Publication was supported by the Samruk Kazyna National Welfare Fund, the press release announcing the book said.