Behind Scenes of “La Bayadère,” Astana Opera’s Last Premiere of the Year 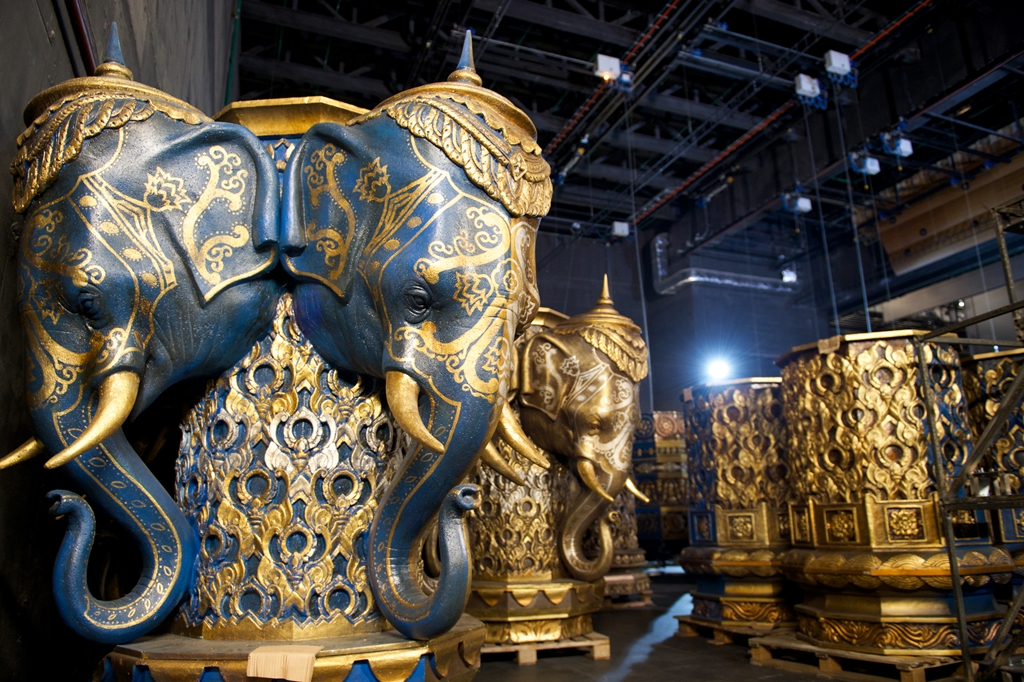 ASTANA – On the eve of the New Year, the main holiday season throughout the world, the Astana Opera is planning to close 2015 with a grand and extraordinary performance. The famous ballet “La Bayadère” will be presented Dec. 25 and 26.

The Astana Times took a sneak peek behind the scenes to find out what it takes to stage the season finale and interviewed Franca Squarciapino, the Italian costume designer who won the Academy Award for Costume Design in 1990 for “Cyrano de Bergerac.” She came to the capital to work on the costumes and shared her thoughts about Kazakhstan, the Astana Opera and the performance.

“‘La Bayadère’ is important for ballet; it’s bright and distinctive and it delves into the culture of India,” said Squarciapino in an exclusive interview. “La Bayadère” is described in Ballet Encyclopaedia as “an important connection between the romantic and classical eras of ballet.” The title is French for an Indian temple dancer – the main character.

The Astana Opera is hoping to dazzle its audience by preparing 11-metre rotating mobile columns among the main features, including magnificent sets and costumes and refined props that reflect the colours of India and its exotic flavour, noted its press service. 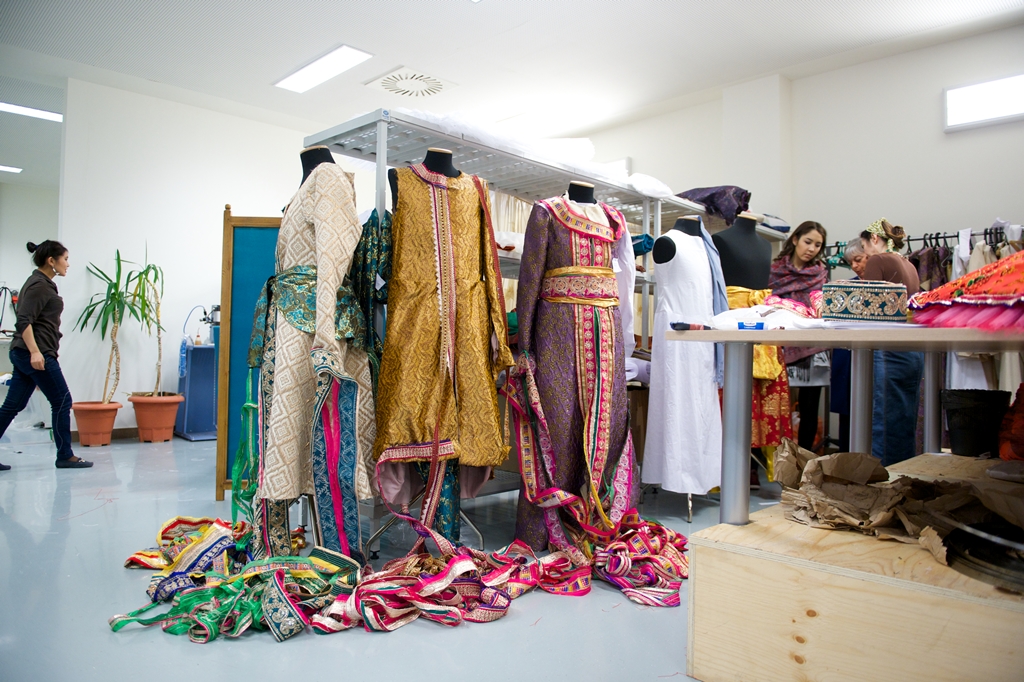 While woodcarvers are constructing furniture, prop masters creating swords, sabers, cups, chess pieces and boards and ballerinas are perfecting their steps before the grand finale, Squarciapino, as usual, is enjoying her work. It is her life’s passion.

“I love all my costumes equally and approach each one from Solor to Rajah’s carriers individually. I used the entire colour palette – cold colours, warm colours and all their shades and tints. In this production, you can really use your imagination,” she said.

Squarciapino, who previously staged the opera “Abai” at the Astana Opera, strives to leave a part of herself in every show. She works by sharing her travelling notes, exploring the unknown and embracing the best the world has to offer. In similar fashion, she was charmed by the Kazakh culture, she said. 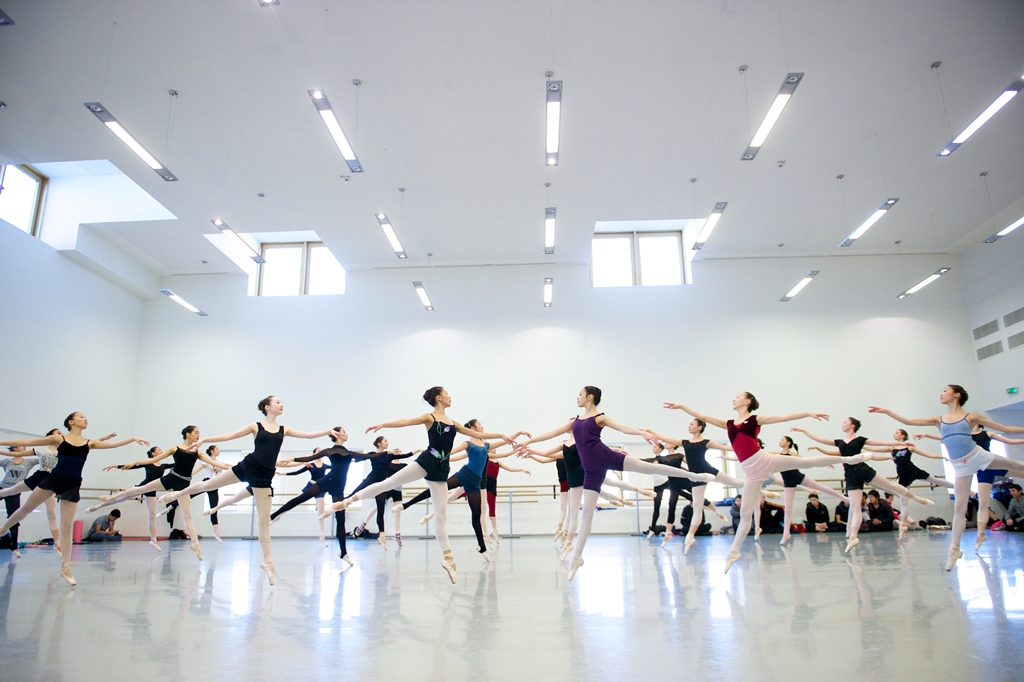 “What I liked about the culture in Kazakhstan is that people are open, they strive to discover new things for themselves. The fact that they opened such a big theatre [like Astana Opera] and stage ballets and operas, which historically come from Europe [confirms that]. In Europe we are used to learning various cultures and I personally like the values the Kazakh culture stresses. By visiting the Kazakh EXPO pavilion in Milan [during EXPO Milano 2015], which happened to be one of the most visited pavilions, I realised Kazakhs know what they live for. Working on the opera ‘Abai,’I delved deeper into the Kazakh culture and it was really interesting and [in general] delving into different cultures stirs multiple emotions. I found some historic photos of Abai from the period when he was alive, consulted many people who knew about his life and visited museums to find the inspiration for ‘Abai,’” she said.

Squarciapino admitted that the reaction of the local audience surprised her.

“I expected to be criticised by the people over the work on ‘Abai’ as I come from a different culture, but after the premiere I was really surprised that many journalists gave positive feedback about the performance,” she said.

Meanwhile the entire troupe is involved in the preparations, according to Astana Opera Artistic Director and People’s Artist of Russia Altynai Assylmuratova.

“‘La Bayadère’ is a real triumph of the corps de ballet and requires a large number of well-trained dancers for success,” he said. “[The] famous scene The Kingdom of the Shades, where 32 ballerinas simultaneously repeat [the same] dance movements for fifteen minutes, is a memorable sight!”

He added the ballet is interesting as it contains two dances in one.

“The first and second acts are more emotional and technically difficult; they require good acting skills. But the last act is the purest ‘tutu’ classic. The ballet is huge and it is very difficult to prepare [for it] … The story itself is impressive in depth and [dramatic]. In short, it will be a great entertaining production staged in accordance with good old traditions. I want everything in the Astana Opera to be on the level that I am accustomed [to],” said Assylmuratova.

Leading soloist Madina Basbayeva noted the significance of every aspect of the ballet.

“It is very important to work through each move, step, position of the body, every detail down to facial expressions and glances,” she said. “This is a dramatic ballet; we have to feel, live through and show betrayal, which is very difficult. The third act is the hardest; you can say that you pass your ballerina exam while dancing it.”