By Dmitry Lee in International on 29 December 2015

ASTANA – The Kazakh Humanities and Law Institute (KAZGUU) Academic Diplomatic Club and the embassies of the Republic of South Africa and the Kingdom of Norway recently held an event in Astana in honour of Miguel Maury Buendia, the Apostolic Nuncio of the Holy See of the Vatican,who completes his diplomatic mission in Kazakhstan on Dec. 30, the South African Embassy reported. 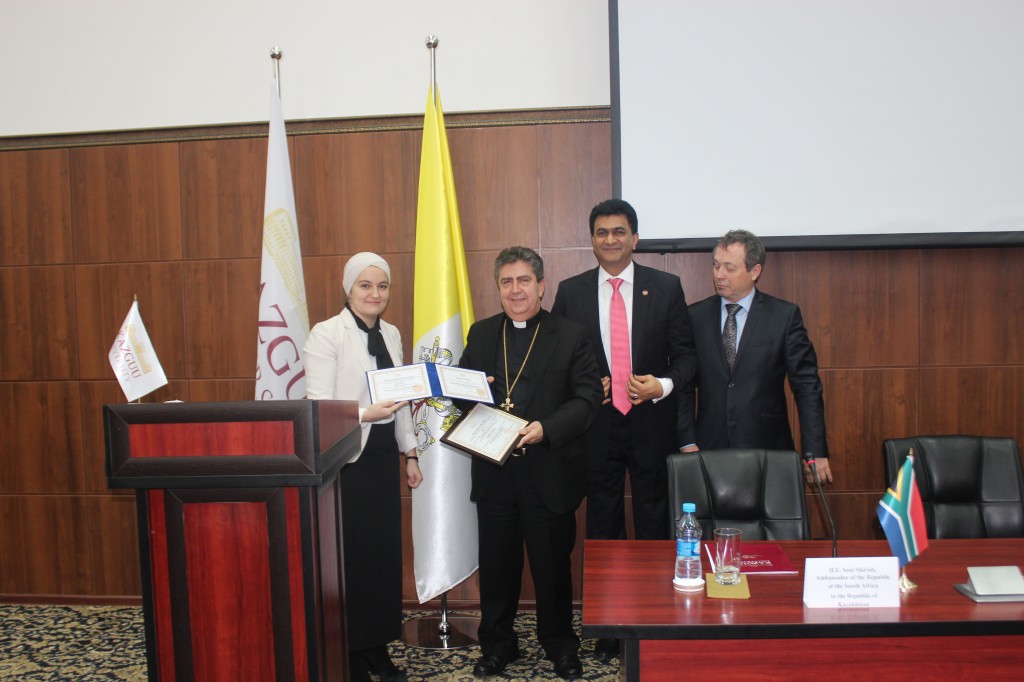 Buendia, 60, was appointed in Kazakhstan in May 2008. He will continue his mission in Romania, where has been since Dec. 15.

At the initiative of the Ambassador of South AfricaShirish Soni, the event facilitated dialogue between the Nuncio, representatives of foreign diplomatic missions in the capital and KAZGUU students.

Some 40 foreign ambassadors, diplomats and their spouses, as well as 80 students and academics from KAZGUUattended.

According to the press release of the South African Embassy, Buendia gave the students “golden keys” to identifying their inner calling early in life, developing regular practices to build their capability and capacity, introducing flexibility into planning their careers, holding singular focus on their primary callings and building hobbies, developing personal traits and mostly being truthful at all times. 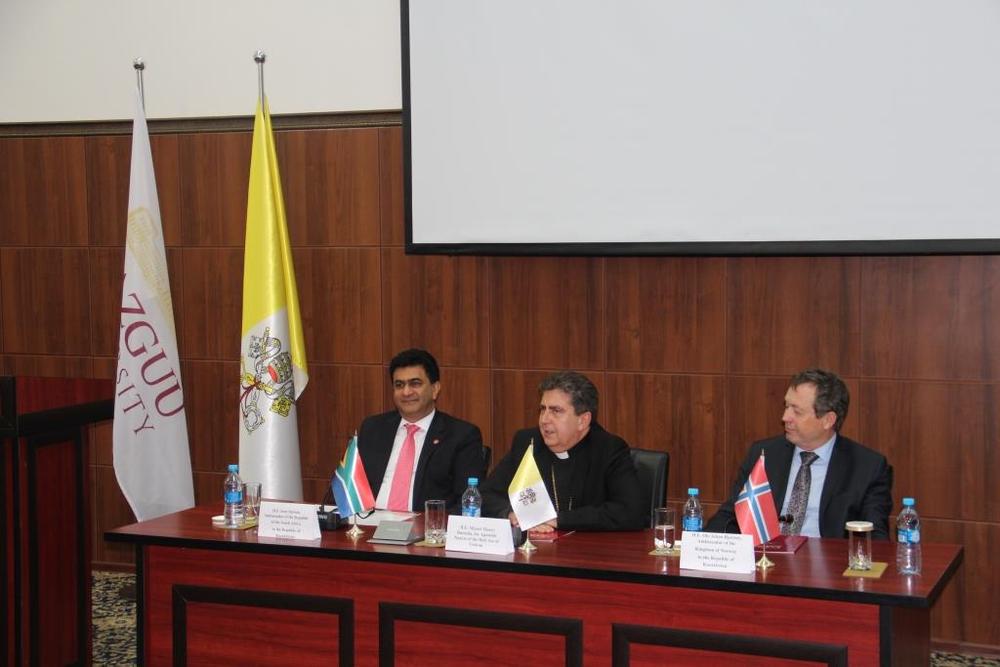 Buendia also urged students “not to waste their time during their youth and to use their time wisely in building friends and studying.” He also shared his life experiences and history.

The KAZGUU students and diplomats asked questions, shared experiences, conveyed good wishes to Buendia on his new posting and congratulated him on his 60th birthday,according to the press release.

At the end of the event,Director of the Institute of Postgraduate Programmes and International Affairs of the KAZGUU University Renata Faizova expressed her gratitude to Buendia and awarded him a diploma of “Honourable Member of Academic Diplomatic Club, KAZGUU University.”