What I Expect From the UN Climate Change Conference in Paris

For the nearly nine years that I have been secretary-general, I have travelled the world to the frontlines of climate change, and I have spoken repeatedly with world leaders, business people and citizens about the need for an urgent global response. 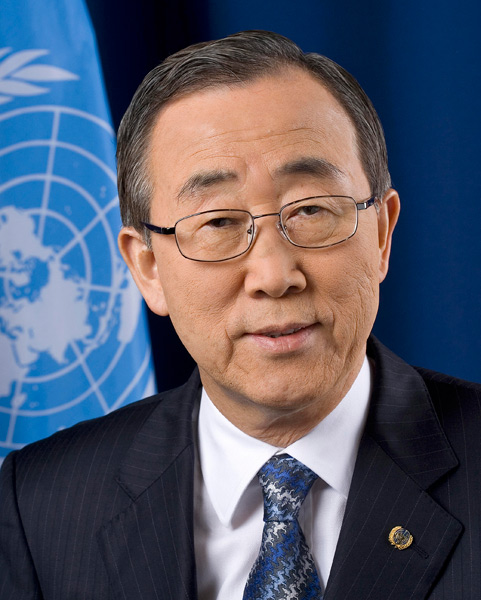 Why do I care so much about this issue?

First, like any grandfather, I want my grandchildren to enjoy the beauty and bounty of a healthy planet. And like any human being, it grieves me to see that floods, droughts and fires are getting worse, that island nations will disappear and uncounted species will become extinct.

As His Holiness Pope Francis and other faith leaders have reminded us, we have a moral responsibility to act in solidarity with the poor and most vulnerable, who have done least to cause climate change and will suffer first and worst from its effects.

Second, as the head of the United Nations, I have prioritized climate change because no country can meet this challenge alone. Climate change carries no passport; emissions released anywhere contribute to the problem everywhere. It is a threat to lives and livelihoods everywhere. Economic stability and the security of nations are under threat. Only through the United Nations can we respond collectively to this quintessentially global issue.

The negotiation process has been slow and cumbersome. But we are seeing results. In response to the UN’s call, more than 166 countries, which collectively account for more than 90 percent of emissions, have now submitted national climate plans with targets. If successfully implemented, these national plans bend the emissions curve down to a projected global temperature rise of approximately 3 degrees Celsius by the end of the century.

This is significant progress. But it is still not enough. The challenge now is to move much further and faster to reduce global emissions so we can keep global temperature rise to below 2 degrees Celsius. At the same time, we must support countries to adapt to the inevitable consequences that are already upon us.

The sooner we act, the greater the benefits for all: increased stability and security; stronger, more sustainable economic growth; enhanced resilience to shocks; cleaner air and water; improved health.

We will not get there overnight. The climate change conference in Paris is not the end point. It must mark the floor, not the ceiling of our ambition. It must be the turning point towards a low-emission, climate-resilient future.

Around the world, momentum is building. Cities, businesses and investors, faith leaders and citizens are acting to reduce emissions and build resilience. The responsibility now rests with governments to conclude a meaningful, binding agreement in Paris that provides clear rules of the road for strengthening global ambition. For this, negotiators need clear guidance from the top.

I believe this is forthcoming. The leaders of the G20, who met earlier this month in Antalya, Turkey, showed strong commitment to climate action. And more than 120 heads of state and government have confirmed their participation in Paris, despite heightened security concerns in the wake of the terrorist attacks.

I see four essential elements for Paris to be a success: durability, flexibility, solidarity and credibility.

First, durability. Paris must provide a long-term vision consistent with a below 2 degrees trajectory, and send a clear signal to markets that the low-carbon transformation of the global economy is inevitable, beneficial and already under way.

Second, the agreement must provide flexibility so it does not need to be continually renegotiated. It must be able to accommodate changes in the global economy and strike a balance between the leadership role of developed countries and the increasing responsibilities of developing countries.

Third, the agreement must demonstrate solidarity, including through financing and technology transfer for developing countries. Developed countries must keep their pledge to provide $100 billion a year by 2020 for adaptation and mitigation alike.

Fourth, an agreement must demonstrate credibility in responding to rapidly escalating climate impacts. It must include regular five year cycles for governments to assess and strengthen their national climate plans in line with what science demands. Paris must also include transparent and robust mechanisms for measuring, monitoring and reporting progress.

The UN stands fully ready to support countries in implementing such an agreement.

A meaningful climate agreement in Paris will build a better today – and tomorrow. It will help us end poverty. Clean our air and protect our oceans. Improve public health. Create new jobs and catalyse green innovations. It will accelerate progress towards all of the Sustainable Development Goals. That is why I care so deeply about climate change.

My message to world leaders is clear: success in Paris depends on you. Now is the time for common sense, compromise and consensus. It is time to look beyond national horizons and to put the common interest first. The people of the world – and generations to come – count on you to have the vision and courage to seize this historic moment.

The author is secretary-general of the United Nations