Tenge Falls to 300 per Dollar, No Intervention from National Bank

By Michelle Witte in Business on 6 November 2015

ASTANA – Kazakhstan’s currency, the tenge, fell to 300 per dollar in trading Nov. 5, reaching the low previously set in mid-September after the currency was allowed to free-float against the dollar starting Aug. 20. 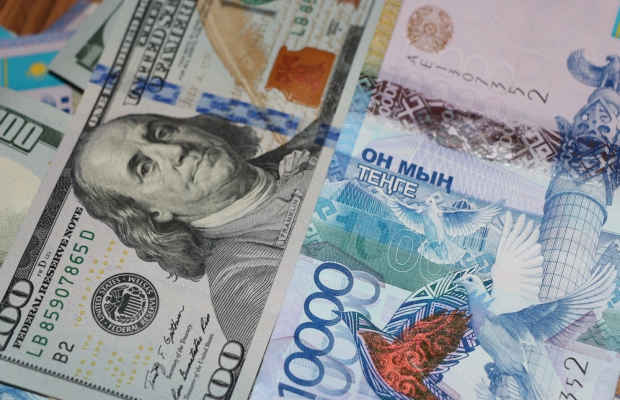 Morning trading on the Kazakh Stock Exchange (KASE) ended with the tenge’s weighted average at 298.92 per dollar, more than 14 tenge less than the day before, CNBC reported. As trading continued, the tenge reached a low of 301 per dollar.

The rate has fallen 6.2 percent since Monday, when Daniyar Akishev replaced Kairat Kelimbetov as chairman of the country’s National Bank.

Following the previous Sept. 16 low, the National Bank spent $144 million to prop the currency back up, the first of several interventions totalling nearly $700 million. When the free-float was announced in late August – a move that had previously been forecast to happen in the coming three-to-five years but was moved up amid low oil prices and devaluations by China and Russia – the bank said it would end large-scale control of the currency, but retained the right to intervene to prevent dramatic fluctuations. Since Aug. 20, Kazakhstan’s currency has lost about a third of its value, and the National Bank has spent some 6 percent of its reserves ($5 billion, according to a bank statement on Thursday), preventing a steeper drop, Bloomberg reports. The bank also raised interest rates from 12 percent to 16 percent, CNBC reported.

Akishev has made no comment so far on the currency, and the absence of intervention at what was described in September as a “psychological low” and “a very serious mark” has some observers thinking he intends to take a more hands-off approach than his predecessor.

“It seems like the central bank is absent from the market in the last few days … and the new chairman has decided to stick to a free float for now,” Aivar Baikenov, head of research at Kazakh investment firm Asyl Invest, told CNBC.

When the free-float was announced, Kazakh Prime Minister Karim Massimov said the rate could be expected to stabilise within about a week. Instead, it has fallen steadily – a result predicted by Baikenov in late August, when he told Interfax Kazakhstan, “We believe that 255 tenge to the dollar is not the limit. Potentially, if we really let the market find the equilibrium rate, we may soon see the tenge at the level of 280-300 provided that there would be no further fall in oil prices and weakening of the rouble.” Other analysts predicted a weighted average of 300 to the dollar as inevitable.

When Akishev was appointed, President of Kazakhstan Nursultan Nazarbayev noted that confidence in the National Bank and the currency had plummeted, and called the situation unacceptable. Akishev’s new position, in which he will be called upon to restore faith in the currency amid continued low commodity prices and economic turbulence, is being described locally as “kamikaze.” Nazarbayev himself warned last month that the “real crisis” was still coming.

CNBC reports that the National Bank plans to hold its monthly policy review Nov. 6, following which an announcement on the exchange rate or more interventions could be expected.