ASTANA – The President of Kazakhstan was strongly critical of Finance Minister Bakhyt Sultanov in the enlarged meeting of the government he chaired Nov. 18, telling the minister, “if we had a normal minister of finance, he would keep an eye on every penny, but you gave and gave.” 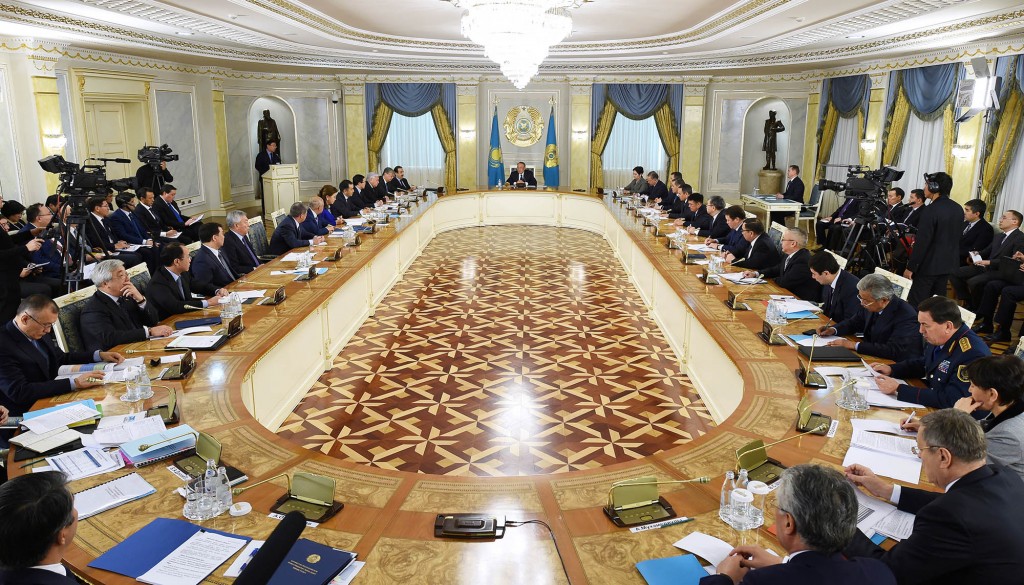 The President also said the current crisis, though difficult, will provide Kazakhstan with opportunities to restructure its economy, and discussed amendments to the country’s bankruptcy law that should make it easier to save jobs when companies go under.

At the meeting, attended by the cabinet and other officials, President Nursultan Nazarbayev had harsh words for Sultanov. A minister of finance must pay close attention to the state’s funds, he said. “It would be better to assign [Chairman of the Development Bank of Kazakhstan and former Minister of Finance Bolat] Zhamishev to this position. He won’t speak to anybody and will guard our funds in the interests of the state.” For now, Sultanov retains his position.

Speaking on the impact of the ongoing economic crisis and the tenge’s dramatically lowered value, the President said the country should take this as a chance to restructure its economy, which is still highly dependent on hydrocarbon exports. He noted that taking steps to ensure competitive growth – as the free-floating tenge exchange rate launched Aug. 20 and other reforms are intended to do – often meet mixed receptions. “Every reform is a problem for leaders,” he said. “But a brave leader takes on challenges, because the resulting changes lead to people’s benefit.” He also said that if the state didn’t take action to reform, the government wouldn’t be able to finance any programmes after three or four years.

Discussing amendments to the bankruptcy law, which will come into force in 2016 and 2018, the President said they would help save jobs. The amendments specify a new system of adjustment of disputes and enables debtors and creditors together to solve problems of debt restructuring and the financial recovery of companies.

“Every single day, a million companies go bankrupt and are established again and nobody even notices. In our state, if a company goes bankrupt, it is definitely closed and all employees are fired. This is not used in world practice,” Nazarbayev said.

Instead, if a company goes bankrupt, dispute resolution mechanisms should be used. They will help save the company’s activity and jobs, he said. The state must accept obligations in cases of bankruptcy, Nazarbayev said, assigning new management to help save jobs and keep production going.

“The relevant law was accepted and we began to use international standards for this problem,” Nazarbayev added.