By Michelle Witte in Business on 26 November 2015 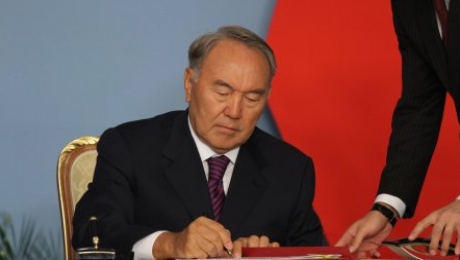 The Labour Code, which was developed to support Kazakhstan’s major five institutional reforms programme, defines the boundaries of state intervention in employer-employee relationships and distributes responsibilities between them, according to Zakon.kz. It also helps employers create more flexible working conditions with an eye to saving jobs in the midst of an economic downturn in the country.

In general, it is left to the state to ensure minimum labour standards and guarantee workers’ compensation, both sources explain. Employer-employee relationships under the new code are to be much more self-regulated, with mechanisms and capacities for collective bargaining to be strengthened and the role of trade unions to be expanded.

Procedures for hiring, transferring and dismissing workers and for determining payments have been simplified in the new code, which members of the Senate noted during the law’s presentation now complies with the standards of the Organisation for Economic Cooperation and Development (OECD), according to Zakon.kz. It was also noted that the shifting of responsibilities to employers and employees should increase interest in collective bargaining and promote unionisation.

The new code will allow employers to introduce part-time work options and temporary transfers to help avoid layoffs. The time period of temporary transfers has been extended beyond the previous limit of one month, according to a Tengrinews report, and employers are now allowed to transfer employees to any available job (barring health or safety incompatibilities).

Employers have also been given more leeway in setting wages through the new provision that employers alone or with representatives of employees decide the forms, systems and wages of their employment, Tengrinews reports.

The new code also allows employers to lay off employees on the grounds of lower production volumes or lower rates of work and service provision leading to economic stress on the company. Previously, employment could be terminated without reason with one month’s notification and one month’s salary as severance. Mechanisms in the new code will allow employers to terminate employment if an employee’s unit is closed, he or she cannot be transferred to another job, and his or her union has been given written notification of the grounds for termination (which may include economic hardship of the company) no later than one month before the termination will occur. Laid off workers are to be given two month’s salary as severance pay, Tengrinews reports, citing the Ministry of Health and Social Development.

The new code also takes aim at some restrictions in employing disabled persons. Current regulations obligate employers to recruit disabled people, provide additional leave (not less than 15 days per year) and maintain a shorter work week for disabled employees (no more than 36 hours per week) and banned overtime work by disabled employees, among other restrictions. “In practice, the above requirements do not contribute to the full employment of the disabled,” according to Zakon.kz.

The new code presents a 2–4 percent quota of disabled employees among workers, perhaps through the creation of new positions. The state is to subsidise employers’ costs for installing necessary equipment to accommodate disabled workers. The 36-hour work week and the ban on overtime remain.

“Reducing the load on a particular employer, with the division of responsibility between the state, employers and trade unions, will help address issues of employment of persons with disabilities,” according to Zakon.kz.

Employers and employees’ representatives have the right to regulate their contracts and come to decisions on compensation for overtime, night, weekend and holiday work in the new code, with the provision that work done outside of established norms should be compensated at at least 1.5 times the base rate.

Unions and other public control mechanisms like technical inspectors are to be strengthened, and joint mechanisms including work councils for both employers and employees to monitor and ensure occupational safety requirements are to be created, Zakon.kz reports.

Kazakhstan’s Parliament adopted the new code Nov. 5, after which it was sent to the President for signature.