ASTANA – Kazakhstan’s Senate approved on Nov. 2 the proposed appointment of acting Presidential Aide and head of the Social and Economic Monitoring Department of the Presidential Administration Daniyar Akishev to head the country’s National Bank, taking over from Kairat Kelimbetov, who has been relieved of his position. President of Kazakhstan Nursultan Nazarbayev requested the Senate to approve the appointment, a procedure provided for in the constitution. 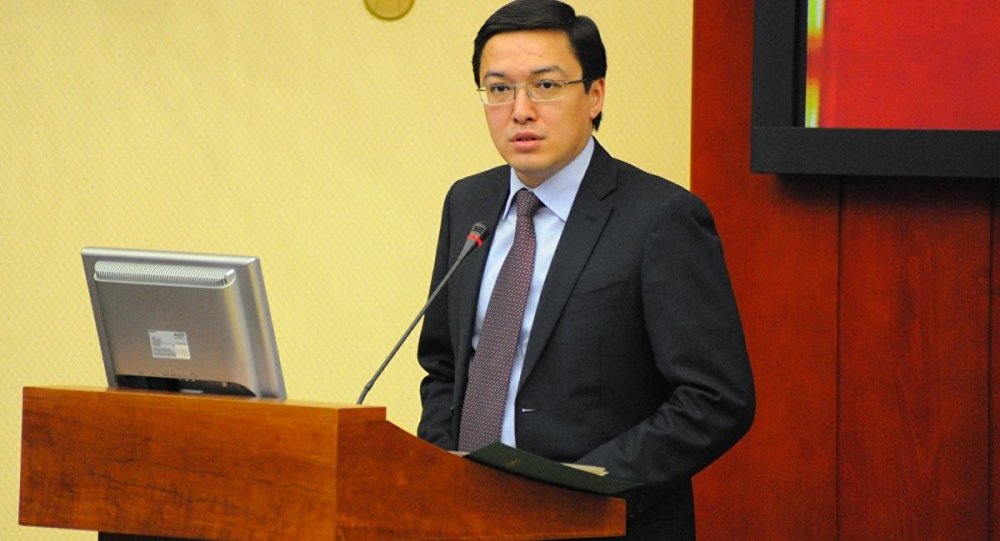 “He worked within the structure of the National Bank for more than 18 years, seven of them as the deputy chairman of the bank. Presently, he works at the Presidential Administration. He is aware of the economic state of the country and has a great understanding of the situation in general,” Nazarbayev said about Akishev in submitting his candidacy, as reported by the Akorda.

The President relieved the former bank chairman, Kelimbetov, of his post and stressed that the National Bank was the most important element of the financial management system. Kelimbetov was appointed to the post in October 2013.

“There is a tenge liquidity shortage in the state; the volume of business loans is falling. These are bad figures and it is necessary to work on them. I am sure that the education and work experience of Akishev will help him to take on the tasks,” said Nazarbayev, emphasising that the National Bank’s credibility has been hurt and that this is inexcusable.

The President noted that several factors are affecting the state of national economy, including reduced prices for Kazakhstan’s major exports, the geopolitical environment and economic circumstances in China.

The Senate’s approval of the appointment was unanimous, and was followed by a Presidential decree appointing Akishev to the new position on the same day.

Akishev was born in 1976 in Almaty. He graduated with honours from the Kazakh State Academy of Management with a degree in Economics in 1996. From 1995–1996, he worked as a senior economist on the Central Asian stock market. From 1996–2007, Akishev filled different positions at the Department of Research and Statistics of the National Bank. In 2007, he was appointed deputy governor of the National Bank. Since 2014, he has been head of the Social and Economic Monitoring Department of the Presidential Administration.