By Michelle Witte in Business on 9 November 2015

ASTANA – The European Bank for Reconstruction and Development (EBRD) is predicting lower growth for most of Central Asia in its most recent Regional Economic Prospects report, forecasting average growth of 3.8 percent for this year and 3.9 percent in 2016, far below 2014’s 6 percent average. Kazakhstan’s growth is forecast at 1.5 percent in 2016 and 1.2 percent in 2015, “sharply lower” than the 4.3 percent growth rate in 2014. 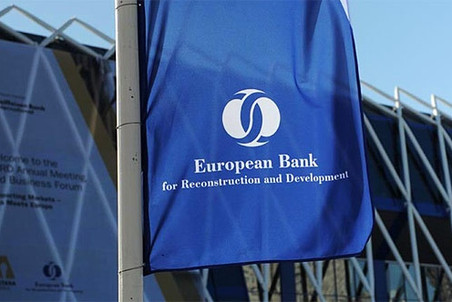 “Growth and financial stability in Central Asia in 2015 have been significantly affected by the recession and currency depreciation in Russia and lower prices of oil and other commodities,” the report’s Central Asia section reads. “At the same time, [foreign direct investment] and financial support from China and Russia, and to a lesser extent Western investors and [international financial institutions], are increasingly contributing to growth and financial stability in the region. Growth in Kazakhstan, the largest economy in the region, is sharply lower, due to the collapse of the oil price, and to a much lesser extent, the negative effect of an influx of cheap imports from Russia on domestic industries and spillovers of negative investment sentiment from the Russia/Ukraine crisis.”

Kazakhstan’s lower growth predictions reflect low oil prices, the recession in Russia, the depreciation of the rouble and subsequent influx of cheap Russian imports, and weakened investor confidence as a result of the ongoing conflict in Ukraine, the EBRD said. The plunge in the price of oil is affecting government revenues and is expected to result in a budget deficit of around 3 percent of gross domestic product for this year, the report reads, saying the government will be relying for funding on the National Fund and the National Pension Fund.

The bank noted that the government’s accelerated reform process and stimulus programmes are supporting growth and said that the depreciation of the tenge following the Aug. 20 switch to a free-floating exchange rate would not impact growth; however, the difficult external economic environment will, they said, and growth as a result is not expected to recover much in 2016. Inflation is expected to average 6.8 percent this year.

Overall, growth in the EBRD region remains largely unchanged since the May forecast, the report said. The current forecast has 2015 as the fifth consecutive year of slowing growth over the EBRD’s 36-country area of operations, from 4.6 percent in 2010 – 2011 to 0.2 percent this year, the report said. A modest recovery to 1.6 percent for the EBRD region is predicted for 2016. Acting Chief Economist of the EBRD Hans Peter Lankes said, “We may be looking now for something of an upturn in 2016 after five consecutive years of slowdown. But there are significant risks on the downside,” according to a press release on the report.

The report notes that the sub-regions of the EBRD are following different trends, with the contraction in the Russian economy (predicted at 4.2 percent this year and 1.2 percent in 2016, a slightly smaller contraction than forecast in May) having a negative effect on Eastern Europe, the Caucasus and Central Asia.

In contrast, growth in other areas is projected to pick up, “as economies benefit from lower commodity prices and a recovery in the Eurozone supported by the quantitative easing programme launched by the European Central Bank,” the report says. The exception is Greece, which is predicted to have a recession this year and see GDP fall in 2016.

Growth in the Southern and Eastern Mediterranean region remains 4 percent for this year, with expectations for 2016 downgraded from 4.2 percent in May to 4 percent, based on external challenges. In Turkey, predictions for growth this year remained 3 percent and have been scaled back from 3 percent to 2.8 percent in 2016. Central Europe and the Baltic states are expected to see growth of 2.9 percent this year and 3 percent next year, growth in Southeastern Europe remains forecast at 1.6 percent this year and has been cut to 1.6 percent for next year, Eastern Europe and the Caucasus on average will contract by 5.1 percent, much more than the 1.5 percent predicted in May, but are expected to grow by 1.4 percent in 2016, more than the May forecast.

The main drivers of this economic outlook are concerns about growth prospects in China and in emerging markets, expectations of monetary policy tightening in the U.S. and quantitative easing in the Eurozone, even lower prices for oil and other commodities, increased geopolitical risks related to conflicts in the Middle East and Ukraine and slowing global trade flows, according to the EBRD.

The bank also counsels that the outlook is subject to major risks, including a sharper-than-expected deceleration in China, stronger-than-expected increases in interest rates in the U.S., increasing political instability and geopolitical tensions and uncertainty in domestic politics in Greece, which could cause turbulence in the Eurozone.