By Nurlan Myrzakhanov in Op-Ed on 19 November 2015

Omirtai Bitimov has served as Kazakh Ambassador in Afghanistan since June 2011. He is a career diplomat and a veteran of the national security service, having served as head of Kazakhstan’s foreign intelligence. 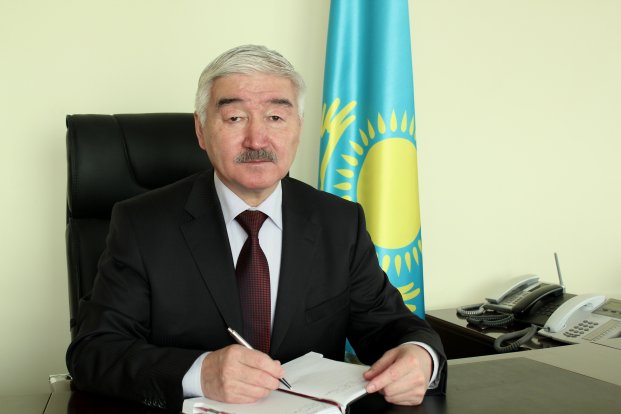 On the eve of an official visit to Kazakhstan by Afghan President Mohammad Ashraf Ghani, Bitimov spoke to The Astana Times about the agendas of upcoming meetings and discussions, as well as a wide range of issues on bilateral cooperation.

How do you assess the level of cooperation between Kazakhstan and Afghanistan? What, in your opinion, are the prospects for their development at this stage?
Bilateral cooperation between our countries is developing consistently and steadily. In the political sphere there is understanding of the current situation in the world and the region, as well as in Afghanistan and around it. Kazakhstan, as a member of the international community and a regional state, supports the Afghan settlement. Astana participates in the Istanbul process of “Heart of Asia” for Afghanistan.

A ministerial conference was held in Almaty in April 2013, at the opening of which Kazakh President Nursultan Nazarbayev noted, “a fundamental element of international assistance programmes is the economic rehabilitation of Afghanistan. It is necessary to speed up the expansion of economic cooperation in the region and actively integrate these processes in Afghanistan. Kazakhstan is a firm supporter of regional integration. Our country is actively investing in the creation of a regional transport infrastructure.”

On Sept. 29, 2014, the newly-elected president of Afghanistan Mohammad Ashraf Gani said Kazakhstan is “an important and positive example for Afghanistan.” He emphasised the role of President Nazarbayev, who has ensured “phenomenal results” in the development of the country, and noted the extensive experience of Kazakh specialists in the development of mineral resources, pointing to the need for cooperation between the oil and gas sectors of the two countries. Kazakhstan can share its experience in the construction of infrastructure, roads and railways. Afghanistan’s needs in this area over the next 10 years will amount to 40,000 kilometres of roads and 3,000 kilometres of railways. Afghanistan is interested in the purchase of Kazakh wheat grain and flour on a regular basis. President Gani proposed to the government of Kazakhstan to continue the bilateral state education programme operating since 2010.

Being the implementation of the initiative of our President, the state programme is a serious and real contribution by Kazakhstan to the normalisation of the situation in Afghanistan.

In your opinion, what sectors of the Afghan economy are the most interesting for Kazakh investments? Also, what prospects for Kazakh business do you see in Afghanistan?
The most attractive areas for Kazakh business in Afghanistan are the mining, energy, construction and transport industries. Local environmental conditions are similar to some of the regions of Kazakhstan, which enables our technicians to easily adapt to them.

The international tenders will be continued – to develop fields of minerals and construction of power transmission lines (PTL) and substations, including in the framework of the international project “Central Asia – South Asia” (CASA-1000); the preparation of technical and feasibility studies; and further construction of the Afghan section of the Turkmenistan-Afghanistan-Tajikistan railway.  There are plans with foreign participation to build Dehsabz, a satellite city of Kabul, and the Kabul Ring Road; to rebuilt the tunnel through the Salang Pass; to create a wide network of irrigation systems; and to launch low-power and other projects.

Kazakh specialists could successfully cooperate with their Afghan counterparts in the field of agriculture; local farmers need our experience, for example, in animal husbandry, karakul breeding and rearing meat and dairy breeds of cattle. Great practical interest is drawn to advanced technologies used in Kazakhstan for fruit and vegetable processing and manufacturing of the final product.

It should be noted that the main deterrent to the wider promotion of Kazakhstan’s business presence in the Afghan market for goods and services still lies in security. By the way, in 2014, Kazakhstan provided humanitarian assistance to the residents of the two Afghan provinces of Badakhshan and Jowzjan, which were affected by landslides, river flooding and other natural disasters. Kazakhstan has allocated another batch of humanitarian aid (vegetable oil, warm clothes, tents and canned foods), including for refugees in the attack on the Kunduz and victims of the recent devastating earthquake.

What are the prospects of regional cooperation with Afghanistan in Central Asia in the fight against religious extremism, international terrorism and drug trafficking?
The international community and the Afghan authorities do take joint measures in this direction, but they are, as practice shows, still insufficient to tackle these modern challenges and threats.

Kazakhstan worries about the security situation in Afghanistan, the flow of information about the appearance near the southern borders of the Commonwealth of Independent States of militants of the so-called Islamic State. The government of national unity of Afghanistan is taking steps to strengthen the Afghan National Security Forces to contain the challenges and threats to security.

The Central and South Asia regional conference on violent extremism that was held in Astana in June 2015 and attended by an Afghan delegation has great international importance. Minister of Religious Affairs and Hajj of Afghanistan Faiz Mohammad Osmani spoke at the fifth session of the Congress of Leaders of World and Traditional Religions; he raised questions about the relationship of young people and Islam.

Kazakhstan, as part of the Istanbul process, is a member of confidence-building measures on counter narcotics. An intergovernmental agreement on cooperation between the two countries in the fight against illicit traffic in narcotic drugs, psychotropic substances, their analogues and precursors as well as drug abuse was signed in May 2010 and is currently in force.

The main problem is that Afghan farmers don’t have resources to live on and drug production is a very profitable business. It is very difficult to solve the problem only by obstruction measures on the borders.

It should be noted that in this area we have close contact with the Ministry for Drug Control and the Ministry of Internal Affairs of Afghanistan, as well as a representative unit of the Office on Drugs and Crime of the United Nations (UN), which is headed by our friend, former Russian Ambassador to Afghanistan Andrey Avetisyan, a special advisor to the head of the UN Assistance Mission in Afghanistan for counter narcotics.

Great expectations are related to intensifying counter narcotics measures linked to the activities of the Central Asian Regional Information and Coordination Centre for Combating Illicit Drug Trafficking (CARICC) in Almaty (a representative of the competent authorities of Afghanistan was assigned to CARICC this year), which is increasingly holding meetings, seminars and other activities with the participation of the Afghan side.

In general, I think it needs to develop cooperation in the counter narcotics sphere on the bilateral and multilateral format. At the same time, the initiative must come from the capitals of our states. Without the goodwill and political decision of concerned participants in this process, it is impossible to achieve the desired results.

In your opinion, what sectors of the economy and spheres of life should be a priority for Afghanistan in the medium term?
I think in order to achieve certain economic heights in the medium term, Afghanistan has to determine the necessary technology for the development of its production and begin to build socially and economically-important facilities to provide quality vocational education to develop their domestic business, where local companies in such favourable conditions will be able to work successfully in this market. As for trade and economic cooperation, Kazakhstan at the regional level is one of the potential investors in Afghanistan.

We see Afghanistan as a country with a developing economy with which we would like to build relations in such a way as to achieve large volumes of trade, investment, agriculture, energy, education and culture, and broad ties in the field of infrastructure development. At present, companies of the two countries are working together to identify new business opportunities and to create and develop joint enterprises. Ultimately, this will increase the use of Kazakh goods and services in the Afghan market. I suppose this is the main result of bilateral cooperation between our countries, which, in turn, is the imperative of the time.